Gunnar Finds Spark
Gunnar Lambert broke out of a slump that lasted half the season to become one of FAU's most potent bats down the stretch. 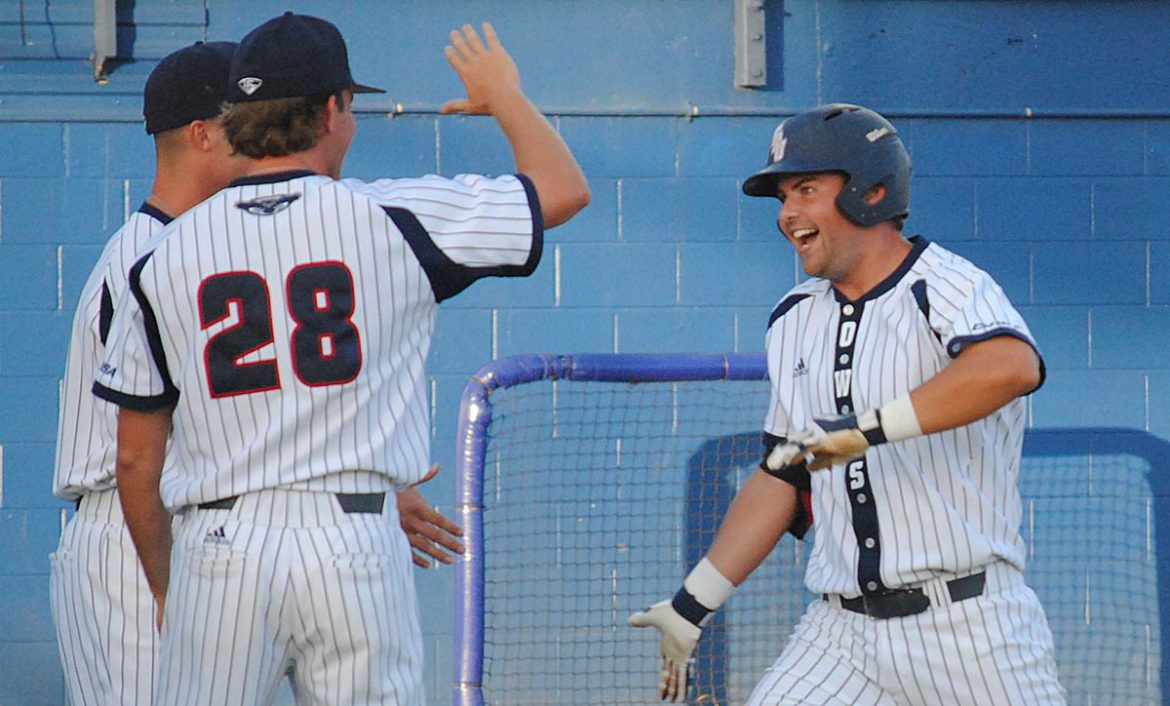 Gunnar Lambert is congratulated by teammates after he arrived home following his first homer of the season. (OwlAccess.com photo)

BOCA RATON – In college baseball, there isn’t much need for a first baseman who’s hitting below .200 without any power.

That’s the message FAU coach John McCormack delivered to Gunnar Lambert in the middle of April.

“It just kind of sparked something,” Lambert said the conversation. “I figured something out in my swing and kind of just ran with it.”

Beginning on April 13, Lambert transformed from an easy out into one of the most feared hitters in the FAU lineup.

Lambert hit .303 over the final month-and-a-half of the season, launching all eight of his homers during that period.

He attributes the improvement to a fix in his timing at the plate that allowed him to slow down the hitting process.

“Everything looked like it was 95 [mph] when people were throwing 85,” Lambert said of his slump. “I kind of slowed everything down and got my load where I like it to be and got in a little groove.”

That groove carried all the way through last weekend’s Conference USA tournament, where three of his seven hits cleared the fences in Biloxi, Miss. His bat became so potent that McCormack actually moved Lambert into the No. 2 spot in the batting order when right fielder David Miranda went down with a hamstring injury.

Lambert’s also contributing more than expected in the field, too. He caught for the Owls in 2016 but after missing all of 2017 while recovering from elbow ligament replacement surgery, Lambert returned to find Pedro Pages firmly entrenched as the Owls’ catcher, with Kevin Abraham handling the back-up role.

That changed when Pages broke his hand during the final week of April.

Lambert moved back to catcher, leapfrogging Abraham at the end of the season to become the Owls’ primary receiver.

“Now he’s a little bit more vocal,” McCormack said. “A little bit more, this-is-my-team-type thing as opposed to, he’s kind of along for the ride. It’s nice to see him kind of mature and become the player he’s becoming.”

He’s becoming the kind of player McCormack trusts with challenging assignments. Well, trust may be too strong a word.

“It was either him or [pitcher Blake] Sanderson to go out there and play right field,” McCormack said. “Sanderson was out because of the bat. I asked Gunnar in the dugout, have you ever played outfield? He goes, a long time ago. And I said we’ll you’re a little bit faster than (back-up first baseman Andru Summerall) so you get the call.”

With Miranda and fellow outfielder Diamond Johnson unable to play because of injury and rightfielder Jordan Poore lifted for a pinch hitter, McCormack asked Lambert to move from first base to right field for the final innings of Saturday’s elimination game against Rice.

Playing in a light rain with a shin throbbing after being hit by a foul line drive into the dugout, the experiment didn’t go as well a Lambert would have liked.

With one out in the 10th, Ford Proctor lofted a towering fly ball down the right field line.

“The first ball I got of course was a million feet in the air, a little bit of fain in my face, running, I had the bad shin, I was hobbling over there,” Lambert said. “It would have been a miracle if I had caught it.”

Lambert did manage to get under the ball, but it went in and out of his glove. The official scorer charged Lambert with an error, but McCormack didn’t blame Lambert for the mistake.

“Everybody was worried,” McCormack said. “I said, what do you expect? He’s caught. He’s exhausted. When was the last time you ran like 75 feet then tried to catch a ball? It’s not as easy as everybody thinks.”

FAU did win the game to advance to the C-USA championship game. The Owls four victories in that tournament ensured them of a berth in the NCAA tournament, where they will play Jacksonville on Friday in Gainesville.

The experience gave Lambert, who still considers himself to primarily be a catcher, an additional, more whimsical goal for his career.

“I though maybe I’d play all nine positions the rest of the game if it went longer,” Lambert joked.

Gunnar Finds Spark
Gunnar Lambert broke out of a slump that lasted half the season to become one of FAU's most potent bats down the stretch.
was last modified: May 31st, 2018 by Chuck King
0 comment
1
Facebook Twitter Google + Pinterest 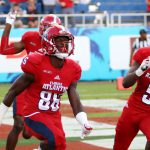 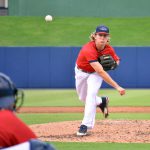