Go Pro Trio
Having three football players leave early for the draft had positive and negative effects on FAU. Those decisions and their impact land at No. 3 on our countdown of the Owls' Stories of the Year. 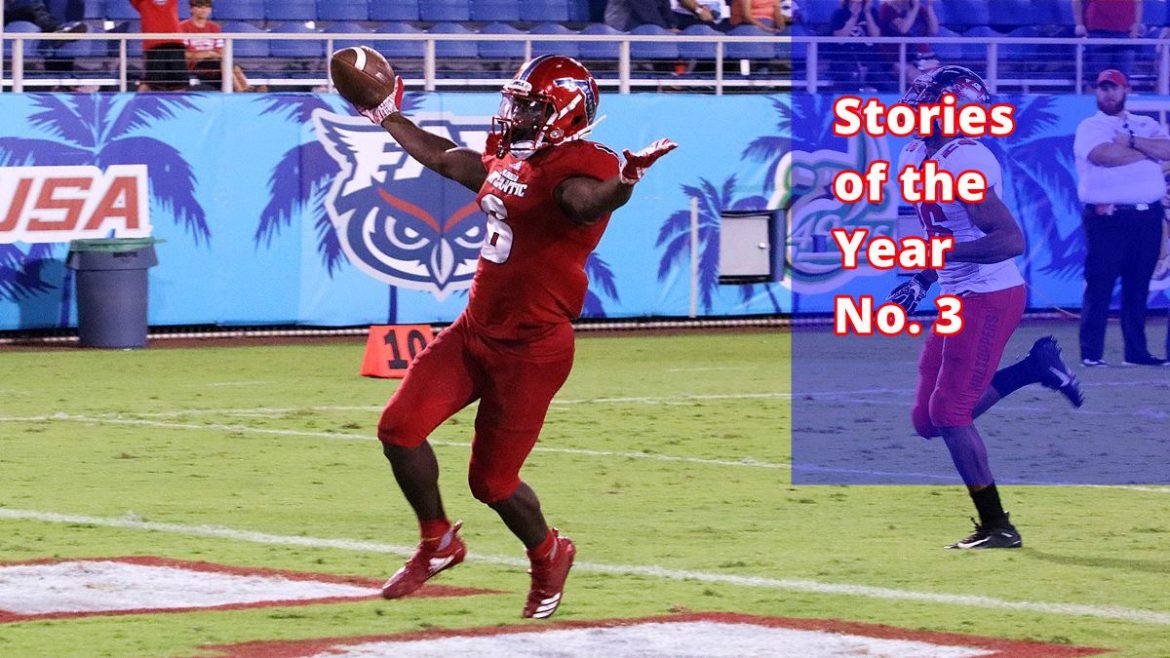 BOCA RATON – Prior to 2019, FAU never had a football player leave early for the draft. Now three Owls have done so.

Singletary’s backup, Kerrith Whyte, had never been a starter at the college level, but he, too, elected to turn pro.

Wide receiver Jovon Durante, a transfer from West Virginia who led the Owls in receiving during his lone season, also chose to make the jump.

The decision worked out well for Singletary, a third round draft choice of the Buffalo Bills. It may take a few seasons to determine whether Whyte made the proper decision. Had he returned for his senior season Whyte would have been a preseason favorite to be Conference USA’s player of the year.

Whyte already earned his degree, and Chicago validated his decision by choosing the speedster in the seventh round.

Not only did Durante not get selected, he didn’t receive a free agent deal, either.

What We Wrote About FAU Players Declaring for the Draft

Why Three FAU Players Declaring Early for the Draft Is Important

It didn’t matter whether Singletary declared or returned for his senior season, FAU was going to benefit one way or another. Had he stayed Singletary would have continued to set records, bringing added publicity to FAU. By opting to go pro, and being drafted in the third round, he still brought publicity to the school and generated draft enthusiasm for Owl fans.

Whyte’s choice seemed ill-advised at the time, but he did get drafted and will have have professional career. When Chicago drafted Whyte, FAU became one of only three schools to have two running backs chosen in the 2019 NFL Draft, joining Alabama and Texas A&M.

Whyte’s departure, however, impacted the Owls on the field. Without him, FAU entered spring football with an unsettled backfield. James Charles hadn’t been a factor during his career. BJ Emmons played at Alabama but he’s sat out all of last season to qualify academically. By the end of spring it became clear that the Owls may not be as explosive in the backfield as they were with Singletary and Whyte, but they should be fine once the season kicks off. And that’s not even factoring potential contributions from incoming freshmen Kelvin Dean and Larry McCammon, who are drawing early raves.

The same can’t be said of the wide receiver unit. Durante’s decision is the most impactful of a series of losses at the position that crippled the Owls’ offense during the spring. While Pico Harrison and John Mitchell have shown flashes of potential, Willie Wright is the only wide receiver left who’s proven he can consistently make plays at this level.

Durante is still looking for a job, and because of his poor decision FAU may have to rely on some incoming freshman at wide receiver this year.

Sending three running backs to the NFL in two seasons (Buddy Howell is currently with the Houston Texans) is currently paying dividends in recruiting. Miami-Killian running back Frank Gore Jr. said the Owls track record in producing NFL running backs played a part in his decision to commit to FAU’s 2020 recruiting class.

Go Pro Trio
Having three football players leave early for the draft had positive and negative effects on FAU. Those decisions and their impact land at No. 3 on our countdown of the Owls' Stories of the Year.
was last modified: June 19th, 2019 by Chuck King
0 comment
0
Facebook Twitter Google + Pinterest 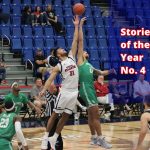 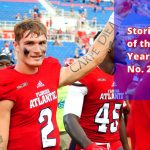