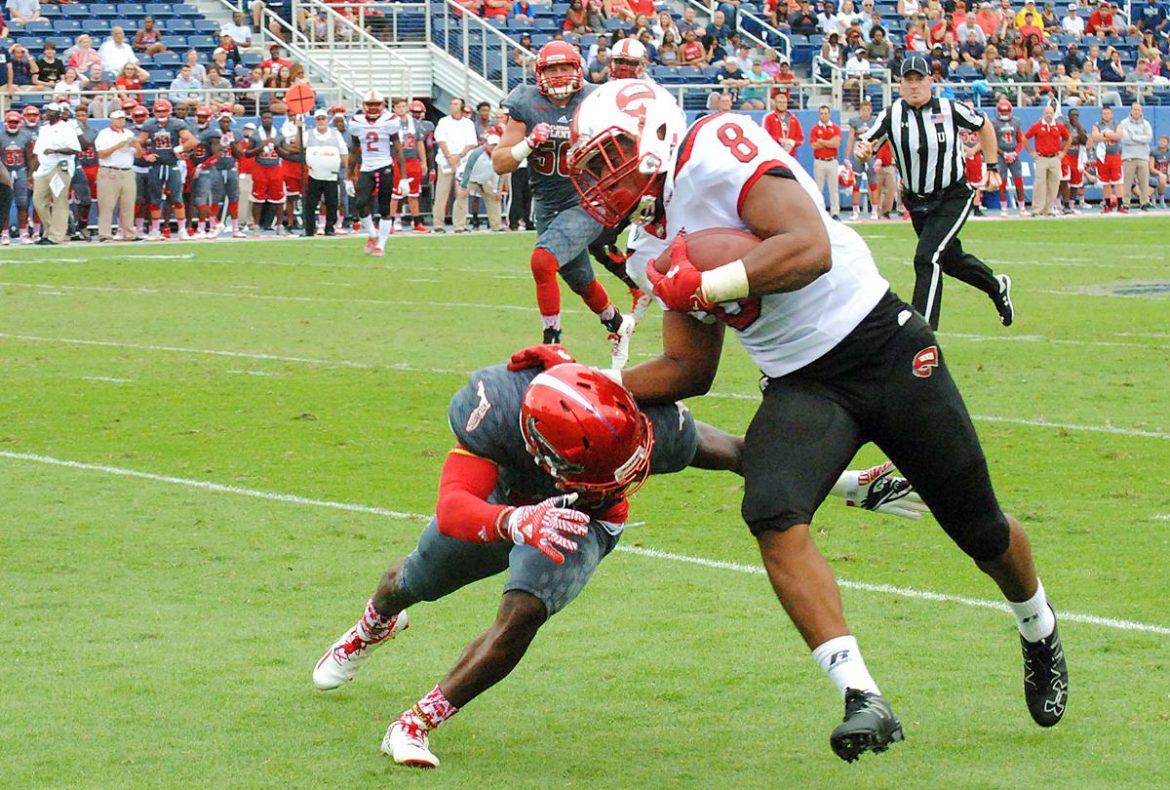 BOCA RATON — If any of the school’s literature professors were in attendance for FAU’s homecoming game, they’d be in love with the educational presentation the Owls gave their fans.

After all, the gray mood established by the sky above and the gray uniforms the Owls debuted on Saturday turned out to be a perfect motif for what turned out to be FAU’s seventh straight loss, a 52-3 blowout by Western Kentucky.

The Hilltoppers – led by a huge game from quarterback Mike White – officially closed the coffin on any chances of FAU turning their season around and regaining any pride that was lost in these past few weeks.

With the loss, the Owls are now officially eliminated from bowl contention and will finish with their third straight sub .500 season. FAU has now had losing seasons in six of the past seven years, with the one exception being the 2013 campaign that saw Brian Wright finish as interim coach after the dismissal of Carl Pelini.

In his first three seasons, Charlie Partridge has failed to deliver on the one thing fans and the athletic department thought was a near-guarantee: a return to winning. As the markings on the new uniforms that resembled tread marks showed, the program has instead officially become one that is easily run over.

“Every week is a challenge, whether you’re coming off a win or off of a loss and regardless of what the score is,” Partridge said. “Every week has its own challenge and our challenge this week is to put this one to bed; if we had a big win, sometimes that’s just as challenging.”

The problem for these Owls, however, is that those big wins rarely happen. FAU, which scored its three points in the first half during which it couldn’t even muster 100 yards of total offense, continued a trend of looking broken and mentally defeated on Saturday afternoon.

The Hilltoppers kicked things off with a bang, scoring on the third play as senior wide receiver Nicholas Norris beat Andrew Soroh in coverage for a 76-yard touchdown. In the first half alone, Norris had more yards on his own (111) than the Owls offense as an entire unit (84).

White, who has had a breakout 2016 campaign for the Hilltoppers and entered Saturday with a 20-5 TD-INT ratio, threw for 260 yards and three scores in the first half. The Ft. Lauderdale product finished with 307 yards and a 61% completion percentage before being lifted in the fourth quarter.

The ugliest part of that horrific first half was that Western Kentucky’s shortest touchdown was a 54-yard White pass to Lucky Jackson; FAU’s best two drives in that half, when the total yards are added together, comes out to be 55. For a team who has had success hanging with better teams in the first half for nearly all of their games this year, the lackluster showing in the first 30 minutes spoke volumes about where the Owls stand in week nine.

“They hit us on a couple big passes in the first half and it was hard for us, as you can see in the stat sheets, to get third down conversions,” Partridge said about the loss. “Our defense was on the field more than we hoped they’d be, but in the first half, it was three big passes that hurt. One on the scramble by the quarterback, one on a miscommunication on our part, and the third one on a nice pass – we had pretty solid coverage on it, but they made a nice play.”

With Halloween just days away, the Owls nearly faced a spooky sight of their own when Trey Hendrickson remained on the ground following a second half play. Hendrickson, who recorded his sixth sack of the year in the loss, returned in the fourth quarter and did not seem limited by the injury.

FAU managed only 202 yards of offense against the Hilltoppers. Alternating between Jason Driskel and Daniel Parr at quarterback did little to spark the offense.

“[Saying to ourselves ‘here we go again’] would be really, really bad; you think the score is bad and all, but it would have been a lot worse if that’s how we looked at things,” linebacker Azeez Al-Shaair said. “That’s not who this team is. If we get hit in the mouth, we try to figure out why and come back with more.”

TURNING POINT
Say what you want about how “it’s not how you start, but how you finish” but the way FAU’s defense started said everything anyone needed to know about this game. On a third-and-11, White found Norris for 75 yards and the Hilltoppers immediately took a 7-0 lead in Boca before fans, what few there would be, even found their seats.

KEY STATS
1 – Third-down conversion from the Owls on 13 opportunities.
3 – Tackles by safety Jalen Young, who entered the game as the Owls’ leading tackler. Partridge said Young had been battling the stomach flu since Friday night.
6 – Games the Owls have had where their defense has allowed 30 or more points.
8 – Different offensive line combinations the Owls have used in as many games. A guard, Breshears made his first career start. Matt Weiner lined up next to him at tackle. Kelly Parfitt didn’t dress for the game.
19 – Receiving yards from Kalib Woods, only the second time this season he’s had less than 60 yards in a game.
46 – All purpose yards for Kerrith Whyte, most among the Owls. Kick returns accounted for 35 of those yards.
89 – yards by WKU running back Anthony Wales, who missed the first half due to a suspension following an on-field brawl last week.
202 – Total offensive yards by the Owls in the game.
283 – Offensive yards the Hilltoppers had after 16 minutes of play.
466 – Punt yards for Dalton Schomp, a single game program record.

UP NEXT
The Owls grab their cowboy hats and horses this week in preparation for a Saturday match-up at Rice, with kickoff scheduled for 3:30 p.m. 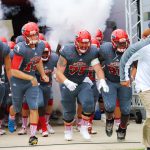 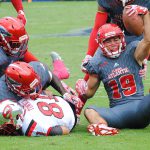