A Tuesday visit from coach Willie Taggart and recruiting coordinator/outside linebackers coach Raymond Willie brought Wheeler back into the fold.

“I could see in his eyes they really wanted me,” Wheeler said, referring to Woodie. “I could really feel it.”

During Wheeler’s official visit FAU coaches informed the Berrien (Ga.) product that if he signed with the Owls he would likely redshirt because the commitment of Evan Anderson that same weekend filled their quota at the defensive tackle spot.

“It did make me think about (looking elsewhere),” Wheeler said.

Wheeler hastily scheduled an official visit at Syracuse for the upcoming weekend, the final one before the Feb. 5 National Signing Day.

On Wednesday Wheeler canceled that visit.

“I wasn’t really feeling the coaches how I feel FAU coaches,” Wheeler said. “It just didn’t work out.”

“I just haven’t connected with any coaches the way that I have with coach Patrick,” Wheeler said.

Wednesday afternoon the 6-foot-2, 280-pound Wheeler issued a tweet reaffirming his intention to sign with FAU on Feb. 5.

Depending on how the upcoming recruiting weekend goes for the Owls, Wheeler could still find his way to FAU this fall, but he says if he has to wait until January of 2021 to arrive in Boca Raton he’ll do that.

He chose FAU over Syracuse, Tulane and South Florida.

“They like that I’m tough, that I can run for my size,” Wheeler said. “I’m strong, super strong. I use my hands really well.” 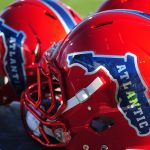 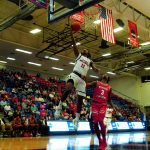