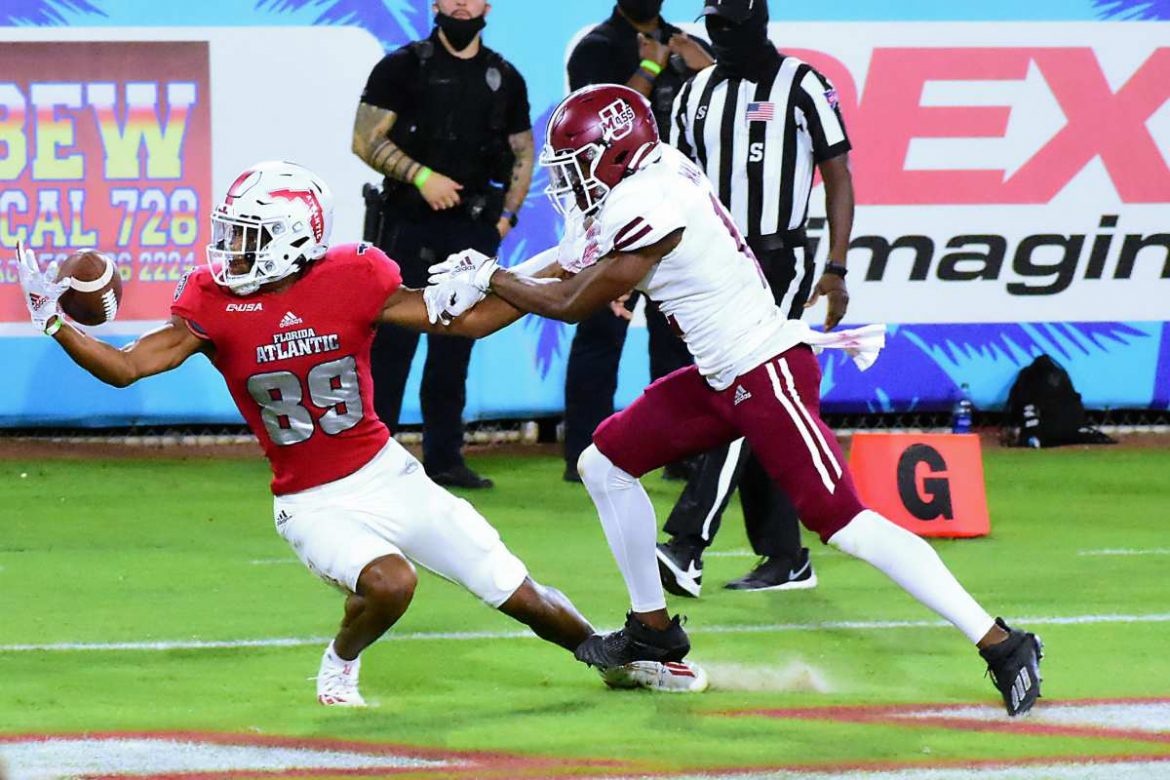 BOCA RATON – Ineptitude, not a desire to spare its opponent’s feelings, prevented FAU from running up the score on the worst team at the FBS level.

Sure, FAU (5-1, 4-1) dispatched lowly UMass 24-2 on Friday night, but a three-touchdown victory wasn’t nearly what the Owls were looking for. They made that abundantly clear during the final minutes.

Leading by nearly three touchdowns late in the fourth quarter, FAU resorted to trick plays to jumpstart what was once again a predictably anemic offense. The Owls began their final possession with 1:03 remaining by having starting QB Javion Posey complete two passes. The game ultimately ended on a UMass (0-3) 15-yard sack of Posey.

“There’s a lot of work to do on the offensive side of the ball, but it was a good win,” FAU coach Willie Taggart said.

Making his second career start, Posey once again showed explosiveness with his legs but lacked both consistency and accuracy with his arm.

The Minutemen unsurprisingly attempted to force Posey to beat them through the air. He couldn’t.

Posey completed 13 of his 27 pass attempts for 203 yards. Three of those completions, covering 90 yards, came in the final seven minutes. UMass sacked Posey twice during that period.

By that point the game’s outcome had long been decided.

While FAU’s offense struggled throughout, the Owls never seemed threatened with a loss because their defense dominated an inept Minuteman attack.

Entering the game ranked last in total offense among teams that have played at least two games, UMass managed only 69 yards of offense in the first half and performed only marginally better in the second 30 minutes. Teja Young and David Belvin both recorded second-half interceptions.

“Our defense played great and it was exciting to see them finally get some takeaways,” Taggart said. “To hold (UMass) to two points was big time.”

FAU’s defense hasn’t allowed a touchdown in half of its games this season. The Minutemen have now scored 12 points on the year.

Posey’s 31-yard fourth down burst on the Owls first drive set up B.J. Emmons’ one-yard dive, giving FAU an early 7-0 lead that it would ultimately take into halftime.

Posey had the Owls marching on their first drive of the second half before temporarily leaving the game after having his helmet ripped off.

Nick Tronti, starter of FAU’s first four games, replaced Posey and finished the drive by lofting a 12-yard pass into the end zone that Brandon Robinson pulled away from a defender, juggled, then ultimately caught while laying on his back for a touchdown.

Posey returned for the next FAU possession, taking the first snap of the drive and racing 70 yards for the Owls’ final touchdown of the night. One week after setting an FAU QB single-game rushing record with 182 yards, Posey once again led FAU with 90 yards rushing.

The Minutemen scored their lone points by blocking a Matt Hayball punt, sending it through the back of the end zone.

The victory gave FAU a perfect 4-0 record at Howard Schnellenberger Field this season. At the moment the Owls don’t have any more home games on their schedule, but FAU could potentially schedule another on Dec. 19 should they not reach the Conference USA championship game. 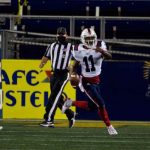 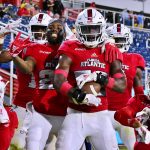 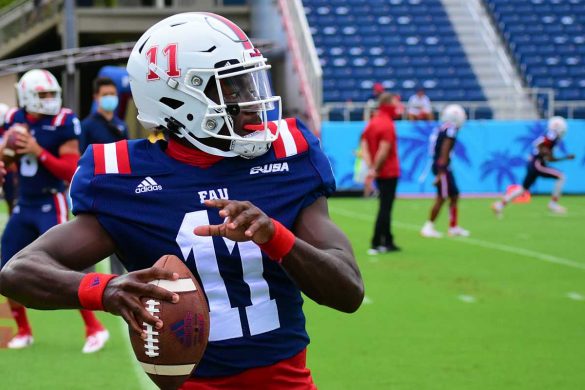