Surprised By Punishment
Lane Kiffin didn't expect the NCAA to hand assistant coach Lance Thompson as harsh a punishment as it did, nor did he expect to be fined for a "funny" tweet. 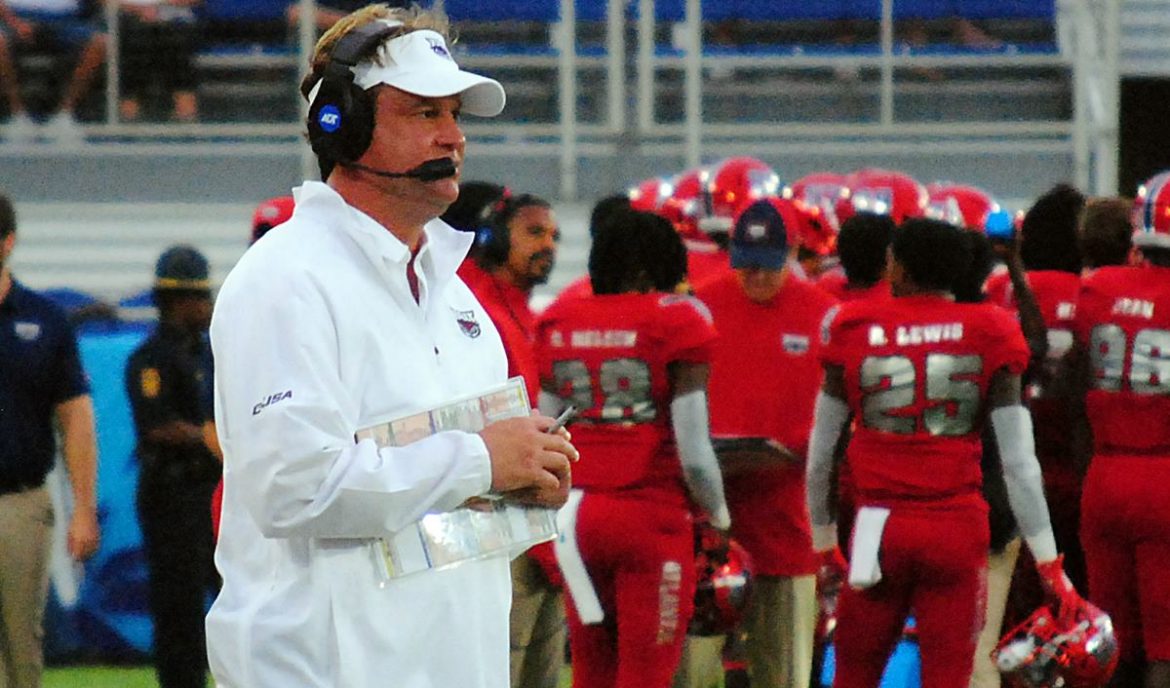 BOCA RATON – When Lane Kiffin hired Lance Thompson to be FAU’s defensive line coach, he was aware of the NCAA’s investigation into the veteran assistant.

He didn’t expect the NCAA to impose such a stiff penalty.

“I’m not saying we wouldn’t have hired him, but we thought it was going to be a lesser penalty for what the violation was,” Kiffin said.

As an assistant at South Carolina, Thompson sent impermissible recruiting texts to a high school sophomore, with one reportedly attempting to set up a visit with the player at his high school.

NCAA rules prohibit texting sophomores and meeting with them at places other than the coach’s college campus.

“The explanation I got was that he didn’t understand the age classification of the kid,” Kiffin said.

As a result, Thompson had to serve a one-game suspension – which he did earlier this season against Wagner – and isn’t permitted to recruit off campus until December.

That poses a problem, seeing as Thompson is the Owls’ recruiting coordinator, but Kiffin plans to keep Thompson in that role.

“That doesn’t change that,” Kiffin said. “The guy made a mistake.”

As far as other punishments go, Kiffin also said he accepted Conference USA’s punitive decision, a $5,000 fine, for Saturday’s tweet of a meme depicting blind referees in which he tagged C-USA. The conference, which has a policy against coaches publicly criticizing officials, deemed the tweet unsportsmanlike.

“It’s a violation,” Kiffin said. “I didn’t think it was but just like I say to our players, if you do something wrong you pay for it. This one happened to be financially. If that’s a rule, then I regret doing it.”

Kiffin posted the tweet one day after FAU lost to Marshall in a game that featured some strange calls and bizarre rules interpretations.

He posted the tweet because he thought it was funny, and said others at FAU also found the tweet humorous.

Kiffin also coyly noted that he may even have received some support from within the C-USA offices.

“If I happened to talk to someone at the conference they actually, in the first sentence, may have said it actually was funny, but…” Kiffin said, his voice trailing off.

Surprised By Punishment
Lane Kiffin didn't expect the NCAA to hand assistant coach Lance Thompson as harsh a punishment as it did, nor did he expect to be fined for a "funny" tweet.
was last modified: October 23rd, 2019 by Chuck King
0 comment
2
Facebook Twitter Google + Pinterest 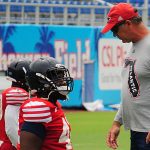 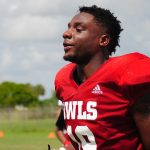