Spring Break
With FAU football about to launch five weeks of spring practice, which player are primed to break out and climb the depth chart? 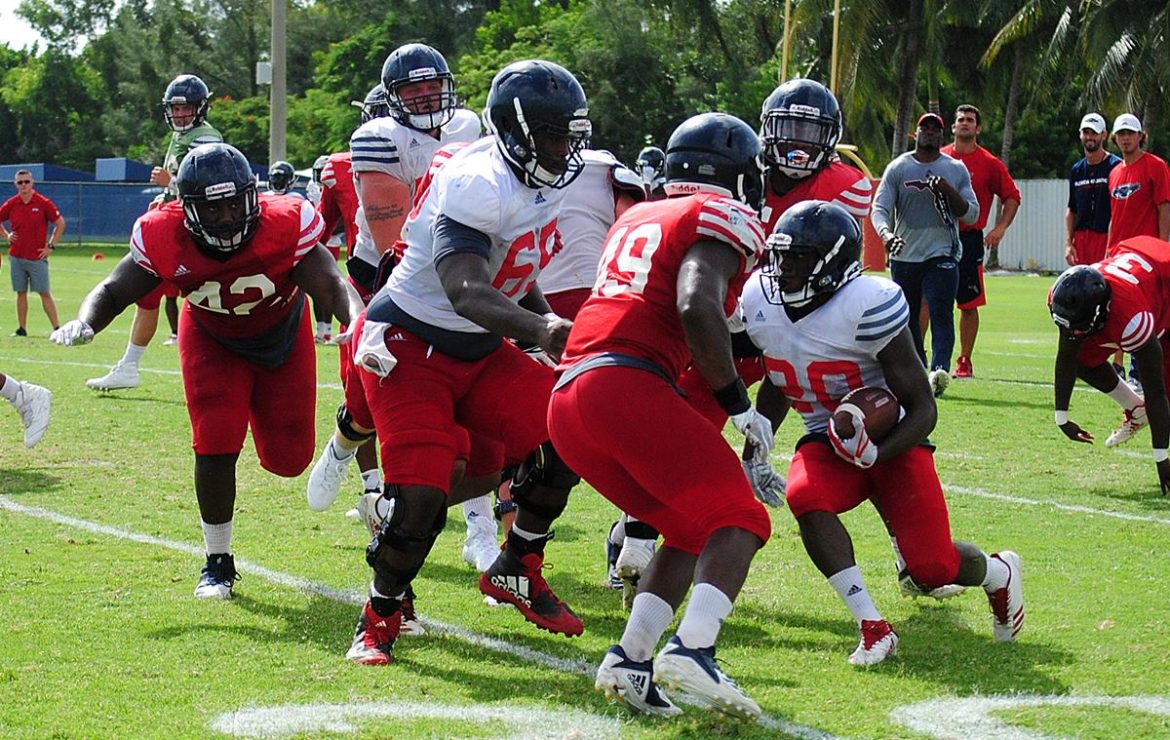 FAU running back Malcolm Davidson makes a cut during a 2018 practice. (OwlAccess.com photo)

BOCA RATON – FAU football begins practice this week which has us considering which FAU players will emerge seemingly from nowhere to become a mainstay on the depth chart.

We’re not talking about a guy going from 40 catches to 80. We’re looking for guys who barely saw the playing field during their careers until this point who now stand a chance to become household names for the Owls.

We picked six FAU players – three on offense, three on defense – who stand an excellent chance of emerging from spring practice positioned to contribute come fall.

Marquice Robinson, OT: Junior college transfer Lavante Epson is the newest face on the offensive line, but he’s going to be learning the offense. Robinson impressed as a true freshman, spending much of the season on the two-deep. At 6-foot-3 and 315 pounds Robinson might be a little undersized compared to Epson and Doug Johnson, but he’s strong enough and quick enough to succeed at this level. Guard Will Tuihalamaka is one reserve who won’t enjoy a breakout spring. He elected to enter the transfer portal.

Malcolm Davidson, RB: All of the attention this fall will be on former Alabama tailback B.J. Emmons as the Owls try to replace Devin Singletary and Kerrith Whyte. Don’t sleep on Davidson. Still hurting from a knee injury when he arrived at FAU last summer, Davidson showed a good burst with the ball in his hands and he can catch the ball out of the backfield. He better make the most of this spring opportunity. Davidson will be carried by a host of new running back come fall.

John Mitchell, WR: Someone has to catch the ball, right? Mitchell has the height and speed to be an impact player for the Owls. In the past the biggest question has been his health. With the Owls unexpectedly losing five wide receivers over the past three months, Lane Kiffin stands to get his first extended look at Mitchell. He’ll like what he sees, and Mitchell could enter the season as the primary option at wide receiver.

Jaylen Joyner, DT: Stephen Leggett has graduated, leaving a starting spot behind. Noah Jefferson is primed to fill that spot, but it’s hard to consider a former USC defensive tackle a rags-to-riches breakout story. Joyner worked his way onto the depth chart last season. Three more months in the strength and conditioning program likely added some bulk to a frame that arrived at 6-foot-3, 255 pounds.

Chase Lasater, LB: Lasater began his career as a fullback before moving to linebacker. Teammates rave about his tenacity and athleticism. Azeez Al-Shaair is gone, as are Andrew Soroh and Khantrell Burden, so there is room to climb the depth chart. That’s exactly what Lasater started to do late last season.

Teja Young, DB: With Jalen Young graduated, the Owls have a spot open at strong safety. It’s tempting to consider early enrollee Dwight Toombs here – and we can’t wait to see what he brings to the field – but we’re trading one Young for another. Fast and athletic, Teja may be better suited to free safety. With Ocie Rose, Zyon Gilbert’s backup there, having graduated, Teja will have chances to impress there, too.

Spring Break
With FAU football about to launch five weeks of spring practice, which player are primed to break out and climb the depth chart?
was last modified: March 19th, 2019 by Chuck King
0 comment
1
Facebook Twitter Google + Pinterest 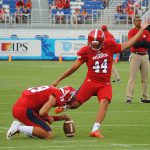 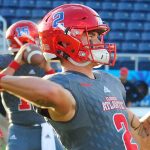