BOCA RATON – FAU football hits Thanksgiving positioned exactly where it wants to be – playing for a berth in the Conference USA championship game.

How did the Owls get here?

Well, that’s one of the topics on the Thanksgiving edition of OwlTalk with Brian Rowitz, the first and still finest FAU football podcast.

This week Rowitz of ESPN West Palm and our Chuck King delve into the Owls’ upcoming regular season finale against Southern Miss.

The duo also briefly reviews FAU’s rather easy victory over Texas-San Antonio from the previous week, a win that saw the return of former Alabama Crimson Tide running back BJ Emmons from a broken ankle.

Thought to be out for the season after breaking his ankle in the season opener against Ohio St., Emmons scored two touchdowns on 10 carries against the Roadrunners. What can Lane Kiffin and the Owls expect from him the remainder of the way?

Rowitz and King also delve into FIU’s upset of Miami and what it means for FAU.

Miss Talk
What can FAU expect from Southern Miss? What hurdles do the Owls have to overcome to reach the C-USA Championship game? OwlTalk is here.
was last modified: November 28th, 2019 by FauOwlAccess
0 comment
0
Facebook Twitter Google + Pinterest 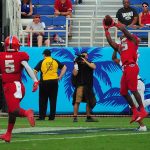 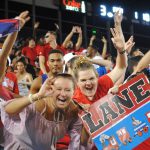