OPPOSITION RESEARCH:
FAU vs. Navy
It's an unusual offense and a disciplined defense. Here's what FAU can expect from Navy in Friday's opener 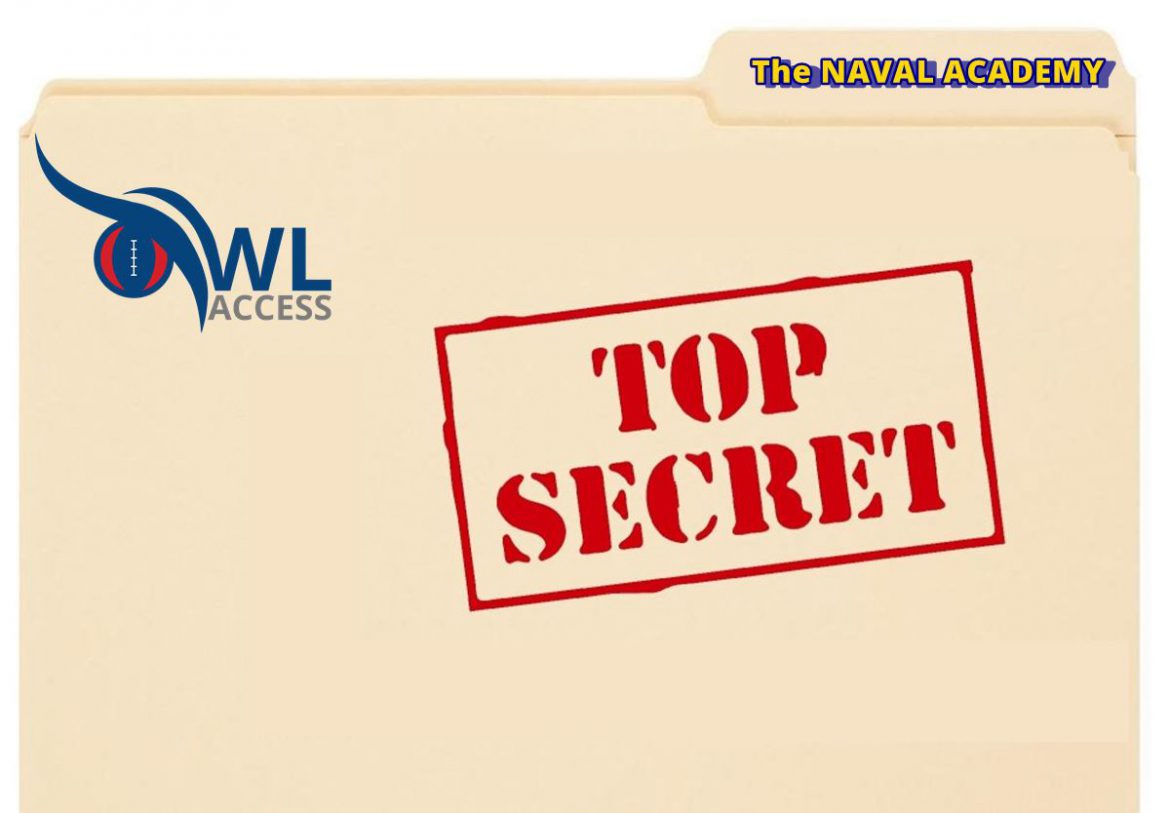 BOCA RATON – National media has focused attention this week on how Lane Kiffin will do coaching his first game at FAU. Not much has been put forth on what FAU needs to do to beat Navy. Until now.

The Midshipmen are coming off a 9-5 season that tied for the fifth-most wins in school history and a 7-1 American Athletic Conference record that propelled the Midshipmen to the AAC title game. After a 9-2 start to the season Navy went 0-3 in December including losses to Temple University, Army and Conference USA’s Louisiana Tech in the Armed Forces Bowl.

Now the Midshipmen are rebuilding. Defensive coordinator Dale Pehrson stated during the spring, “I just wanted to get our mentality back to being more aggressive. I think I got passive with the calls. We probably weren’t as aggressive as we needed to be.”

Navy has struggled with openers on the road during coach Ken Niumatalolo tenure, going 1-4, with the only victory coming over Indiana in 2013. Overall, though, Midshipmen football has enjoyed a revival in recent years, going 28-6 over their past 34 games. Entering his 10th season as the Naval Academy’s coach, Niumatalolo is 77-42 in his career. He’s the longest-tenured coach in program history.

THE FILE: FAU vs. Navy

NAVY’S OFFENSE: Navy runs the flexbone triple option. Last year the Midshipmen ranked third nationally in rushing offense with 310 yards per game. Graduated quarterback Will Worth ran for 1,198 of their 4,342 yards. Worth also had 25 of their 61 rushing touchdowns. Returning senior fullback Chris High was the next leading rusher with 546 yards and seven touchdowns. Navy returns only three offensive starters.

NAVY’S DEFENSE: The base is a 3-4 but they will shift into four-man fronts. Navy returns six starters from a defense that ranked No. 84 in yards given up, allowing 434 yards of total offense. The Midshipmen also allowed 31 points per game. Navy ranked No. 71 by allowing 179 rushing yards per game.

Navy runs the triple option out of the flexbone formation (above graphic), which includes three running backs – a full back (blue dot) that sits four yards behind the quarterback and two slotbacks (red dots) that flank the offensive tackles, a yard or two off the line of scrimmage – two wide receivers (green dots) and a quarterback under center. The bulk of the carries will go to the quarterback and fullback, but all backs will get carries. The slotbacks will frequently go in motion prior to the snap.

Depending what the quarterback sees from the defense, he can.

ON WITH THE SHOWTIME
Showtime is chronicling the 2017 Navy football season for its weekly series “A Season With Navy Football.” The show premieres on Sept. 5 at 10 p.m. In previous years Showtime documented the seasons of Notre Dame and Florida St. and earlier this year was considering documenting FAU.

DEEP HISTORY
The Naval Academy began playing football in 1891 – 70 years before FAU was founded. Navy ranks No. 24 among current FBS teams with 701 wins in program history. That’s the most among the armed forces schools. They are also one of only five FBS programs that don’t have the word “University” appearing in the school’s official name.

OPPOSITION RESEARCH:
FAU vs. Navy
It's an unusual offense and a disciplined defense. Here's what FAU can expect from Navy in Friday's opener
was last modified: August 31st, 2017 by Matt Wilson
0 comment
1
Facebook Twitter Google + Pinterest 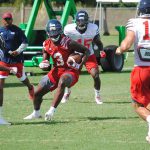 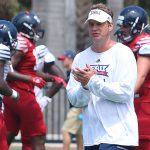