One More Year?
FAU intends to petition the NCAA for one more year of eligibility for starting center Junior Diaz. 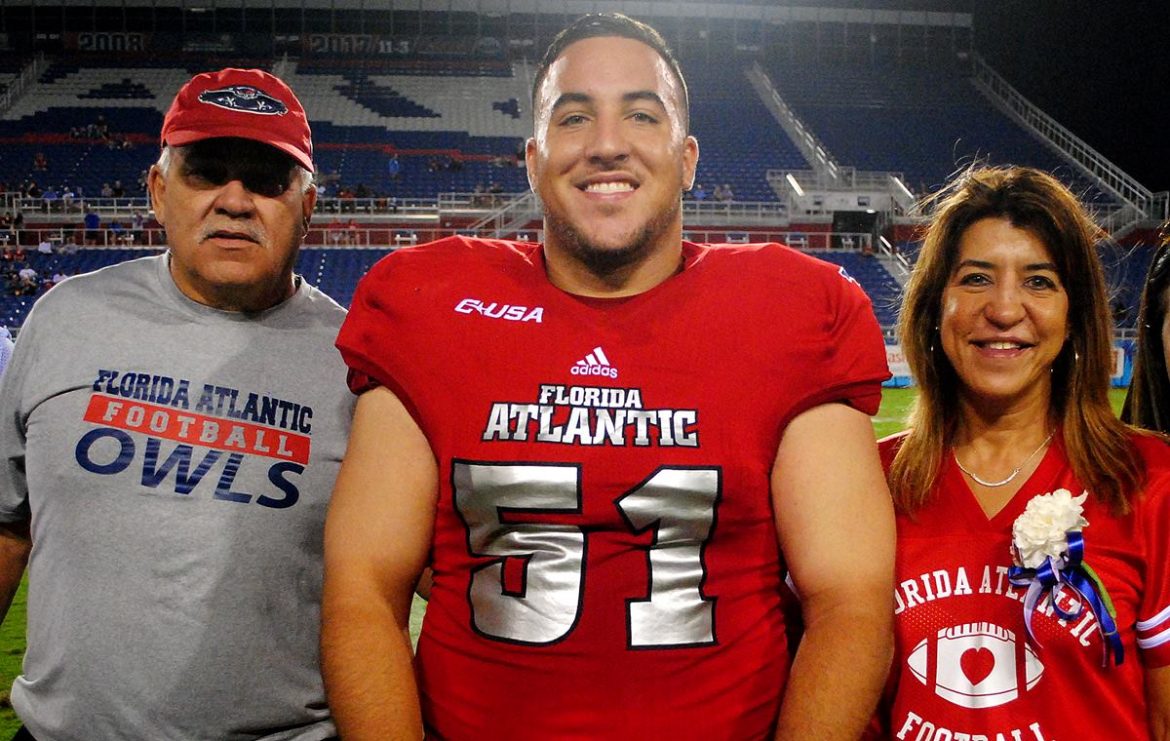 FAU honored senior Junior Diaz as part of its senior day ceremony prior to its game against Charlotte. (OwlAccess.com photo)

BOCA RATON – Junior Diaz may not have played his last game in an FAU uniform after all.

Lane Kiffin and the Owls intend to petition the NCAA for a sixth year of eligibility for Diaz, who transferred to FAU as a graduate student prior to the start of the 2018 season.

The basis for FAU’s petition germinates from Diaz’s years at his previous school, Tulane.

NCAA redshirt rules now allow for the granting of a second redshirt year provided one of the player’s redshirt seasons was forced upon him by the school – and he didn’t play at all that year – and the second year in question was cut short by injury.

Diaz didn’t play at all as a freshman with the Green Wave in 2014. Three games into the 2016 season, Diaz injure his ankle, missing the remainder of the season. By only playing three games, Diaz would have qualified for a redshirt under normal NCAA rules at the time.

FAU’s request for a second redshirt pertains to that 2016 season. If granted, Diaz would gain one more year at Florida Atlantic.

The decision to petition for the redshirt only came to the Owls recently. The Owls honored Diaz and his family as part of FAU’s senior night celebration prior to the season-finale against Charlotte.

As a unit FAU’s offensive line surrendered only 14 sacks through the 12-game season. During the regular season, only 14 teams nationally allowed fewer.

Diaz made the calls for that offensive line. He also helped pave the way for an FAU rushing attack that averaged 241.8 yards per game – best in Conference USA and No. 15 nationally.

Starting left tackle Reggie Bain and guard Antonio Riles both exhausted their eligibility with the loss to Charlotte.

The Owls faced the task of replacing three starting members of the offensive line for the second consecutive year. Gaining another year for Diaz would be the equivalent of landing a top graduate transfer along the line, with the added benefit of Diaz already knowing the Owls’ system.

Walk-on Nick Weber entered the offseason as the likely replacement for Riles. Weber rotated between both guard spots late in the season, spelling Riles and B. J. Etienne. Starting right tackle Brandon Walton could move to left tackle as Bain’s replacement, or the Owls could elect to elevate second-teamer Marquise Robinson, a true freshman in 2018 who redshirted.

FAU could also elect to sign a junior college player or graduate transfer to bolster the line’s depth. 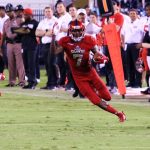 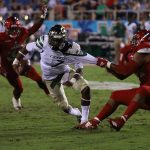