BOCA RATON – It’s been a dominating week for FAU.

The Owls crushed Akron 50-3 in the Boca Raton Bowl. Shortly before the game coach Lane Kiffin and FAU President Dr. John Kelly agreed to extend Kiffin’s contract to keep him in Boca Raton until 2027, though all details of the contract other than the length have yet to be worked out.

Kiffin then immediately began creating more enjoyable surroundings, signing a handful of recruits – some of whom should be able to make an immediate impact.

But before looking too far ahead, what to make of this year’s FAU Owls?

Which unit surprised more this year, a dominating offense or a suddenly stingy defense? What should FAU fans make of the Owls’ recruiting efforts that led to five additions on early signing day? And is it too early to discuss a 2018 quarterback battle that will be led by a signal caller who enters the offseason having piloted the Owls to 10 consecutive wins?

All of those topics are addressed on the season-finale edition of OwlTalk with Brian Rowitz, the first and still finest FAU football podcast. ESPN West Palm’s Rowitz and our Chuck King also discuss a transformational season for FAU football and look ahead to what FAU fans can expect from the Owls moving forward.

So take a break from holiday shopping or those last minute work projects that need to be completed before Christmas break and revel in FAU football’s best season ever. Trust us, listening will make you happy. It is, after all, the most wonderful time of the year. 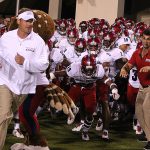 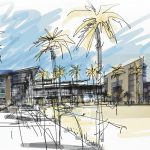