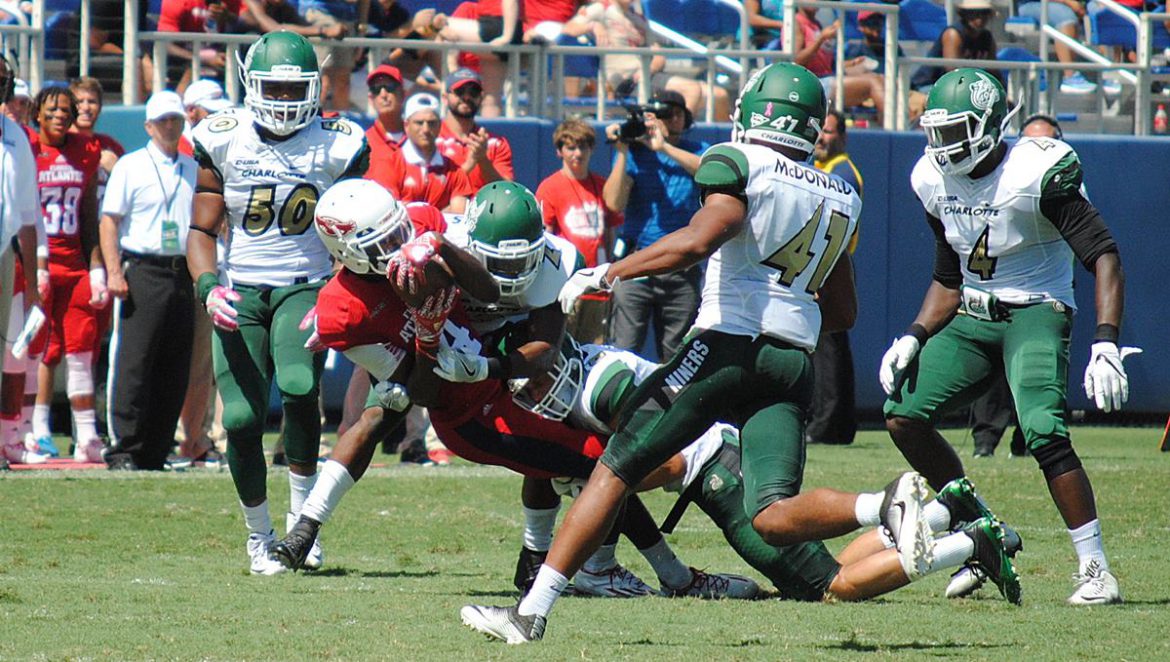 Woods, who through his attorney waived formal arraignment and entered two not-guilty pleas late last week in conjunction with his arrest two weeks ago on two counts of felony battery, was also arrested for marijuana possession in Jacksonville Beach in March of 2013 – a little more than one month after signing his National Letter of Intent to play football for FAU.

Duval County court records show that an officer pulled over a car Woods was driving for a traffic offense and smelled marijuana in the car. Woods confirmed to the officer that he possessed a small amount of marijuana.

Records show that Woods, a Jacksonville-area native, entered a pr-trial intervention program and the case was dropped in August, about the same time he arrived at FAU.

FAU suspended Woods, its leader in both catches and receiving yards last season, indefinitely upon his latest arrest. Woods requested a trial by jury via the filing by his attorney.

Police arrested Woods two weeks ago after two FAU students, Adrian Muckle and Stephan Reese accused him of an unprovoked attack at an off-campus back-to-school party held at a suburban Boca Raton banquet hall named The Venue in January.

They allege that a shirtless Woods approached Reese and punched him in the face, knocking him to the ground. Woods then starting punching Muckle while several unidentified people who followed Woods began kicking the victims when they are down.

Officials at The Venue said they submitted surveillance video of the incident to the police.

Woods told police that he attended the event with his unnamed girlfriend and another friend but did not see the fight.

“You were the first person who actually told me about that,” Woods told the officer.

When the officer asked Woods how he was able to get into the gym without any identification, Woods said that he has just come from football practice. The conversation occurred on the morning of Jan. 20 – a date when FAU players likely would have been undergoing strength and conditioning training.

When, in the same interrogation, the officer asked Woods if he had ever been arrested, Woods answered, “One time.”

He then told the officer the arrest occurred in Jacksonville but did not got into detail about the event.

Woods posted a $50,000 bail and is being tracked by an electronic monitor. The court allowed him to return to classes, but he must refrain from using social media. 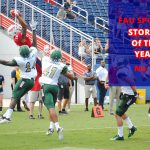 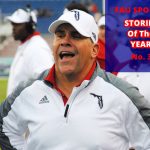