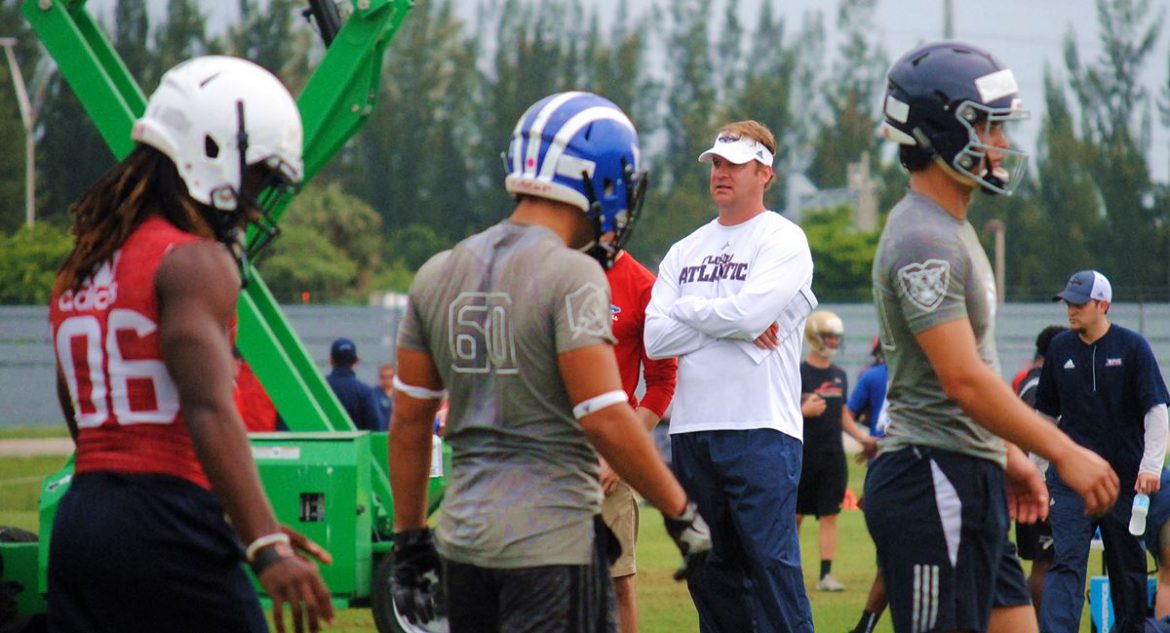 “I’ve always respected how he thinks outside of the box sometimes – doesn’t just do things the way they used to do,” Kiffin said prior to Monday’s FAU football camp held in conjunction with Michigan’s coaching staff, among other schools.

Harbaugh’s trip to Boca Raton was only one of Michigan’s many satellite camps held over the next couple weeks. He one of two FBS head coaches, along with Oregon’s Willie Taggart, to attend FAU’s Elite camp.

Entering his third season at Michigan, Harbaugh owns a 26-6 record with the Wolverines. Harbaugh came to Michigan after guiding the San Francisco 49ers to three NFC championship games, and one Super Bowl appearance, in four seasons.

Kiffin and Harbaugh met separately with the media for about 10 minutes each prior to Monday’s camp.

“I like him because he doesn’t care what you guys – or what anybody thinks,” Kiffin said. “He’s always done what’s in the best interest of his program which is to me, what you are hired to do. You can’t worry about what everybody writes and what they think about you.”

Kiffin and Harbaugh don’t know each other well, but they have faced each other before. The Harbaugh-coached Stanford Cardinal defeated Kiffin’s USC Trojans 37-35 in 2010.

Harbaugh hoped to sit with Kiffin and discuss football on Monday.

“Yeah, yeah, that’s part of it, sure. Hopefully,” Harbaugh said.

The weather may have spoiled that opportunity. Rain cut the camp short, sending Kiffin to his office early while the khaki-panted Harbaugh headed for a Michigan tent to talk with recruits.

Kiffin did get to talk shop with some of the other visiting coaches, though.

“A lot of these guys have been around all day today and popping in and out,” Kiffin said.

More than 300 high school football players attended Monday’s camp, a turnout likely depressed by the inclement weather. While an official count wasn’t provided, that would make Monday’s individual camp the second largest ever held at FAU.

FAU will try to break that record, weather permitting, on Thursday when the Owls hold a camp that will include coaches from Miami, North Carolina St. and Nebraska among the 15 Division I schools sponsored by adidas scheduled to attend. 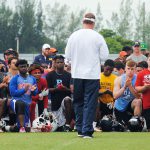 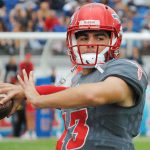