Starting Nod
The FAU quarterback battle is over - at least for now. Jason Driskel is the Owls starting QB. 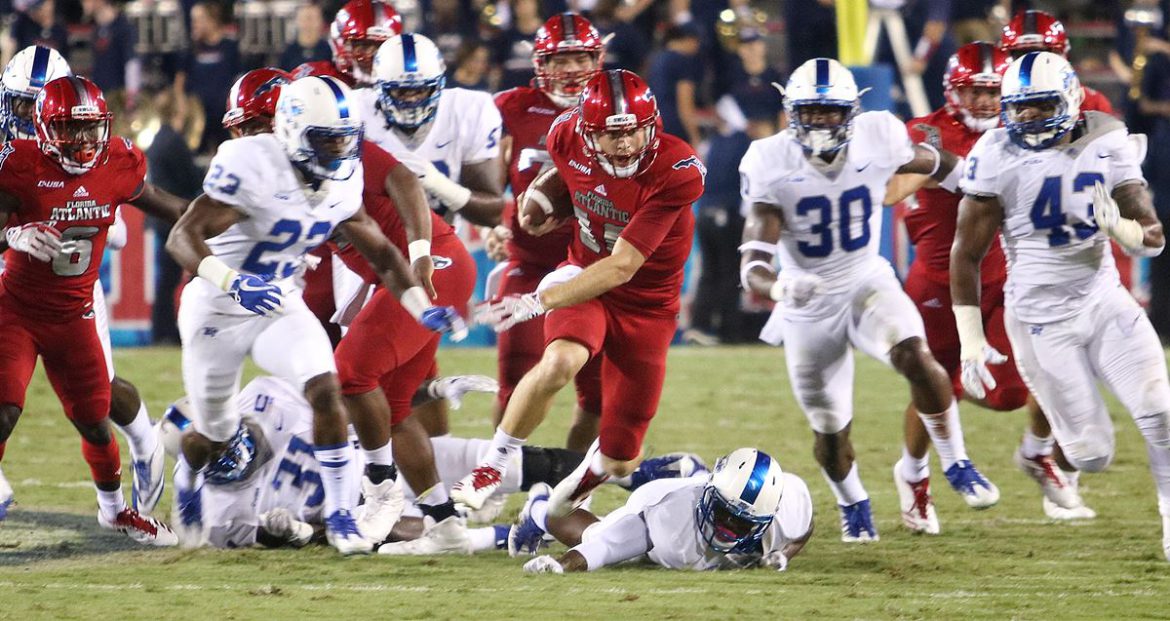 BOCA RATON – For the first time this season Jason Driskel entered a week as the undisputed starting quarterback for FAU.

“It’s always competition but it’s not a 50-50 [split of practice repetitions] right now,” FAU coach Lane Kiffin said. “The reps are leaning toward Driskel. I would imagine he would be the starter.”

Driskel, De’Andre Johnson and Daniel Parr entered fall camp in a three way battle for the starting job. With Johnson slowed by an arm injury, Parr ultimately won the job and started the Owls’ first three game, but underwhelmed.

Kiffin elected to re-open the competition following Parr’s 15-for-26, 165-yard performance against Bethune-Cookman – an FAU victory.

With Johnson recovering from surgery to remove blood clots from his arm and likely to miss the remainder of the season, Parr and Driskel split practice snaps for the past two weeks.

Driskel threw for 150 yards, completing 17 of 29 attempts against Buffalo two weeks ago, prompting Kiffin to keep the battle open. In Saturday’s victory over Middle Tennessee Driskel completed 22 of 29 passes for 187 yards and a touchdown.

“A game manager doesn’t mean that you’re not a good quarterback outside of managing the game,” Kiffin said. “Peyton Manning was a great game manager and was a great thrower. We want our guys to manage the game and play the position really well throwing the ball. We missed a couple big plays in that game that he’d love to have back.”

Two missed plays in particular from Saturday’s game stuck out to Kiffin.

On a third-and-10 in the Owls’ second possession Driskel rushed a throw to tight end Harrison Bryant, failing to see a wide receiver coming open for what would have been a first down. Later in the quarter he missed a wide open Willie Wright on a deep ball.

“If we’re going to be a good team we’ve got to be good in all areas,” Kiffin said. “That’s an area that again, mid-range to downfield passing, we need to make those plays.”

The starting role isn’t new to Driskel. He won a 2016 fall camp battle with Parr and started 11 of 12 games last season, throwing for 2,415 yards and nine touchdowns against 11 interceptions. A redshirt junior, Driskel has started 15 games during his career. 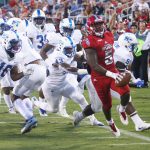 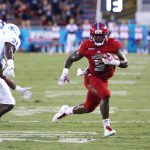