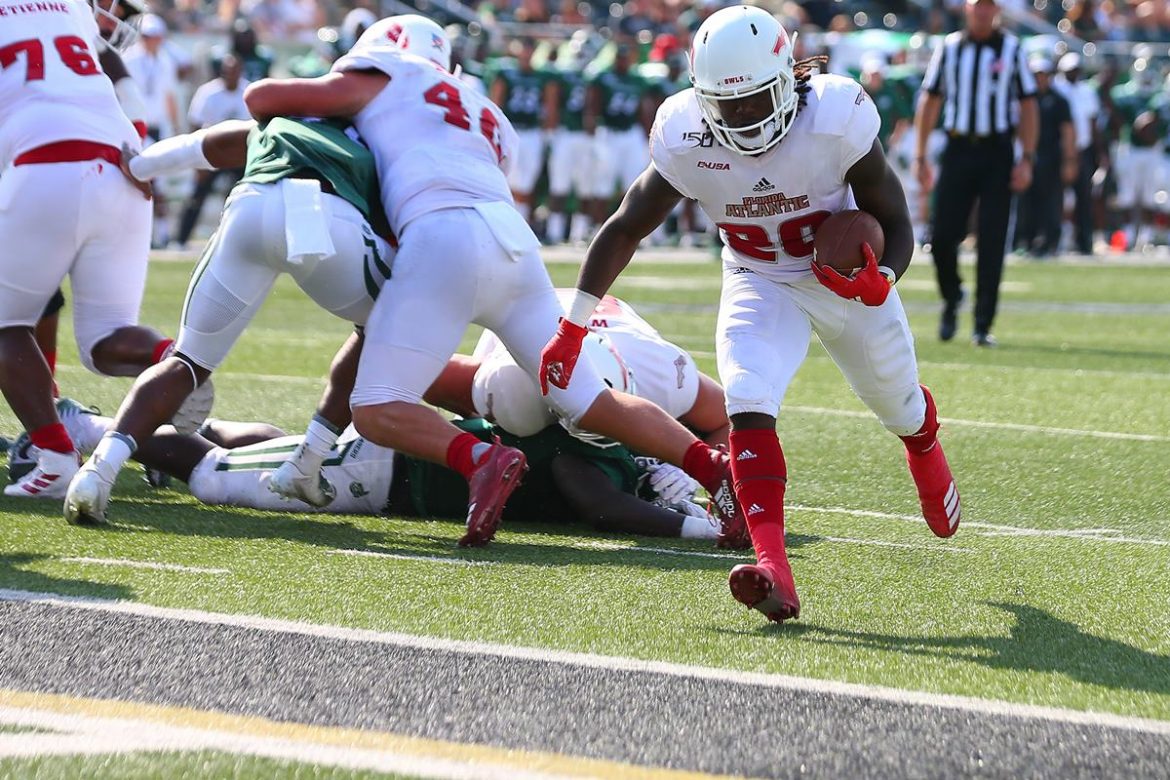 The Owls’ much maligned offensive line consistently opened holes for the running backs and gave Chris Robison plenty of time to throw, resulting in a 45-27 victory over Charlotte in North Carolina.

“The line did a much better job,” Kiffin said.

Averaging 102 rushing yards during their first four games of the season, FAU surpassed that mark on the first drive of the second quarter. FAU ultimately rushed for 236 yards, led by Malcolm Davidson’s 83 yards and two touchdowns.

Robison didn’t quite match his performances from the past two weeks, but he didn’t have to, either.

The redshirt sophomore quarterback completed 20 of 27 passes for 312 yards and two TDs. Robison’s first-half interception, coming after Harrison Bryant tipped a high throw into the air, was his first in three games.

FAU amassed 557 yards of total offense and scored at least 40 points for the third consecutive game.

“Hopefully this is what it is going to look like in conference play,” Kiffin said.

Penalties and a missed field goal, what coach Lane Kiffin termed “self-inflicted wounds,” stalled the Owls’ offense on several first half positions, allowing Charlotte to pull to within 17-14, but a Robison-to-Pico Harrison 18-yard touchdown strike in the closing seconds of the first half sent FAU into the break up 24-14. For Harrison, the touchdown catch was his first since 2016.

The victory gives FAU a modicum of revenge over Charlotte. In last season’s final game the 49ers came from behind to defeat the Owls, eliminating FAU from bowl consideration.

FAU’s record (3-2, 1-0) is above .500 for the first time this season. The Owls open C-USA with a victory for the second time in Kiffin’s three seasons.

“I like where we’re at right now but we’ve got to keep moving forward,” Kiffin said.

TURNING POINT: FAU’s offense stumbled after a fast start, but the Owls started clicking again on the final drive of the first half. FAU raced 75 yards on nine plays, aided by Pico Harrison’s first two catches of the game. The second catch, a leaping grab in the corner of the end zone, sent FAU to the locker room with a 24-17 lead. While the 49ers did cut the lead to a field goal early in the third quarter, the Owls were able to continue their offensive momentum rediscovered late in the second quarter and pull away.

2 – interceptions by cornerback Meiko Dotson, the first two of his FAU career. Dotson started in place of the concussed James Pierre.

5 – victories by the road team in the five-game FAU vs. Charlotte series.

8 – different pass catchers for FAU in the first half alone.

52 – rushing yards for Charlotte, which entered the game as one of the nation’s best running teams.

343 – total yards amassed by FAU’s offense in the first half alone. 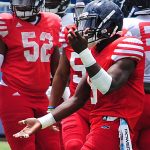 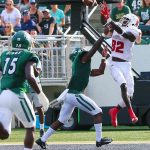