FAU’s hopes of impressing the NCAA selection committee with a series win over Conference USA cellar dweller Western Kentucky were ended with a 7-6 loss on Sunday afternoon.

The Owls squandered numerous chances to blow out the Hilltoppers early, stranding 11 base runners over the first four innings. Those missed opportunities came back to haunt FAU.

FAU led 4-0 through three innings but found itself down 6-4 entering the eighth inning. That’s when Austin Langham doubled to center field on a 2-1 pitch from Connor Boyd, who was entering his fifth inning of relief.

Stephen Kerr doubled Langham home and scored on a wild pitch, tying the game and putting FAU in position to take a late lead.

Though FAU put runners on first and second with two outs later in the inning, Jared Shouppe popped up to shortstop to end the threat.

Drew Peden recorded two quick strikeouts to begin the eighth inning, but allowed Hilltoppers center fielder Colie Currie to reach base with his third hit of the day. After stealing second base, Currie advanced on an error by Pedro Pages, the catcher’s second of the day and scored on a separate error from center fielder Jordan Poore.

Langham followed by singling Shouppe home to give the Owls a 2-0 lead before Jake Miednik took the mound.

FAU added two runs in the third, giving them a 4-0 lead before Miednik allowed six runs over the next three frames.

The loss dropped FAU into a tie with Louisiana Tech for third in Conference USA, two games behind second-place Old Dominion – the Owls’ opponent for a three game series beginning Thursday in Boca Raton. Southern Miss, host of the upcoming C-USA tournament, clinched the conference regular season title over the weekend.

Sliding Backward: Jake Miednik has said he likes pitching angry on the mound. Chances are, his trip back to Florida will have him angry enough after allowing six earned runs in 5 2/3 innings on Sunday… Esteban Puerta and David Miranda each went 1-5 with a strikeout.

Up Next: The Owls will return to Florida – but not Boca Raton – for a Tuesday match-up with the University of Central Florida Knights at the Ballpark of the Palm Beaches. First pitch is set for 6:30 p.m. 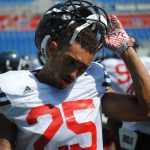 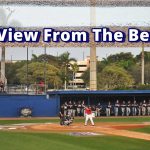