No Relief
Bullpen blows second lead in as many games, FAU falls to FGCU.

For the second time in as many nights the FAU bullpen couldn’t protect a late lead.

The Owls received a bit of a reprieve in Sunday’s tie with Indiana. That didn’t happen on Tuesday, when FAU fell to FGCU 7-5 in Estero.

Drew Peden allowed two runs, one earned, in the seventh despite striking out three as the Eagles tied the game on a throwing error by catcher Pedro Pages.

Moving Forward: Stephen Kerr went 2-for-4 to raise his average above .400. …Esteban Puerta enjoyed a two-hit night. …Sean Labsan struck out six and only allowed one earned run over three innings in his first start of the season. …David Miranda went 1-for-2 with two RBI and a run scored.

Moving Backward: The Owls left seven on base. …Jordan Poore suffered the loss after allowing two runs on one hit and two walks in an inning of work. …Tyler Frank went 1-for-5, dropping his average to .556. …Austin Langham went hitless but did score a run. …Catcher Pedro Pages was charged with two costly errors.

Up Next: Miami comes to Boca Raton to face FAU on Wednesday. First pitch is scheduled for 6:30 p.m. 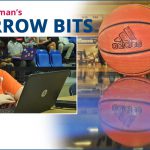 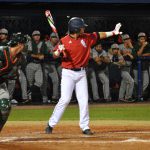