FAU demonstrated its readiness for next week’s Conference USA basketball tournament by losing to a team that wasn’t even good enough to qualify for the event,

The Owls fell 85-78 to Charlotte, a team that owned only one other C-USA victory all season.

FAU trailed by four at halftime but led 59-58 midway through the second half following Devorious Brown’s lay-up.

Charlotte retook the lead moments later and led the remainder of the way.

The Owls enter the C-USA tournament as the No. 11 seed and will face UAB on Wednesday.

Moving Backward: Payton Hulsey made only two of his 11 shots. …Sharpshooter Gerdarius Troutman made only three of 10 shots.

Key Stat: 93.8 – Percent shooting from the free throw line for Charlotte, which made 30 of 32 attempts.

Up Next: FAU plays UAB on Wednesday in the C-USA Tournament. 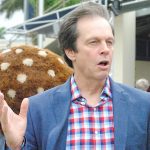