Under Contract
New FAU atheltic director Brian White will be compensated among the top third of Conference USA ADs. 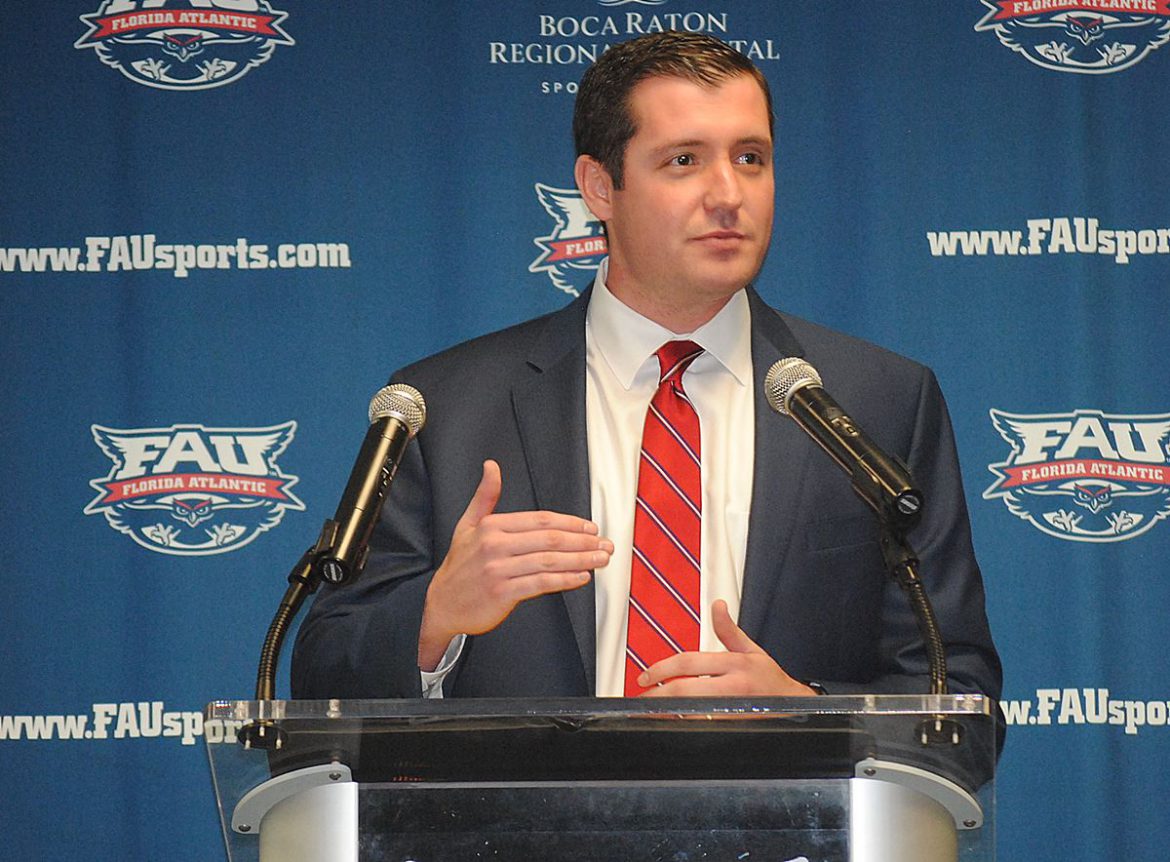 BOCA RATON – Brian White will not only make more money than his predecessor, his base salary will also be in the upper third among Conference USA athletic directors.

FAU will pay White $300,000 per year over the five year deal according to his contract, which OwlAccess.com obtained via public records request.

“I can tell you we’re going to have a vision in athletics,” White said during his introductory press conference. “We’re going to create a strategic plan. But I want to spend some time getting here and getting to know everybody here and I need to do a lot of listening and learning both internally and externally before I create that plan.”

“I think he has depth beyond almost what any AD could have simply because he’s been listening to the talk in his family since he was four years old,” FAU President Dr. John Kelly said.

Previous FAU athletic director Pat Chun, who left in January for the same position at Washington St., only made $265,000 in 2017, records show. Chun was not operating under a contract.

White’s contract also includes bonuses for fundraising, overall athletic performance and the academic performance of the athletic department students but it does not provide specific dollar amount or percentages.

Less than a week into his tenure, White made his first major decision on Friday, firing basketball coach Michael Curry.

During Wednesday’s introduction of White, Kelly said the decision to retain or dismiss Curry would be left up to the new AD.

“Any changes in personnel will be Brian’s,” Kelly said.