Top 5 FAU Tackles
We're breaking up the offensive line positions into tackles and the interior linemen. Today we pick the Top 5 outside guys in FAU history. 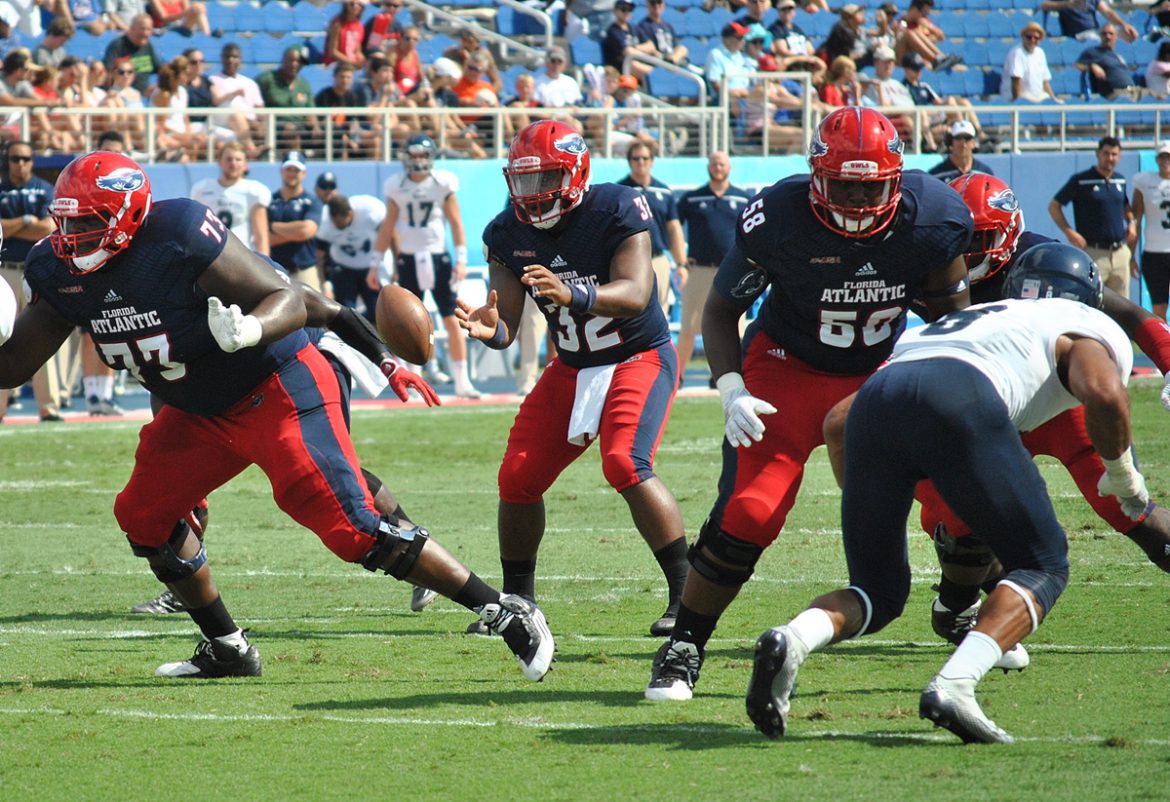 BOCA RATON – When building a college football team from scratch, finding quality offensive linemen can be the most difficult task. That’s held true at FAU, where the Owls made do – often quite successfully – with undersized collegians possessing over-sized hearts.

Following the Owls first two bowl victories, the offensive line talent experienced a bit of a dip – one that it only began recovering from in the last couple of years. Today we’ll focus on the best of the best among offensive tackles, leaving the interior linemen for Thursday.

5. Sam McRoy (2007-11): Though McRoy was part of FAU’s first two bowl teams, he didn’t play in either of those games. His main contributions came afterward, protecting the backsides of Rusty Smith and Jeff Van Camp. FAU’s offensive lines weren’t particularly good during McRoy’s final two seasons. Without McRoy, they would have been much worse. Current tackle Brandon Walton has the look of a player ready to crash this list. Inconsistent play kept Carl Spitale on the outside of this ranking.

4. Braden Lyons (2013-14): A junior college transfer brought to FAU by Carl Pelini to make an immediate impact along the offensive line, Lyons did exactly that. A vocal leader along the offensive line, Lyons enabled FAU to rush for a then-program record 2,225 yards in 2013. With FAU badly in need of center, Lyons became a snapper in 2014, and toggled between center and tackle throughout his senior season. Had he remained at tackle, Lyons’ accomplishments at FAU would have been more revered.

3. Nello Faulk (2003-06): At 6-foot-7 and 270 pounds, Faulk was the first member of an FAU offensive line to possess a true FBS body. He played as a true freshman during FAU’s run to the FCS semifinals. He started every year after that, becoming an All-Sun Belt selection following his senior season. After that season Faulk earned a tryout with the Jacksonville Jaguars.

2. John Rizzo (2005-08): He came to FAU as a walk-on and promptly earned the start a Louisville in his first game as a true freshman. Rizzo played on the interior and at tackle during his career, but for the final two seasons he served as an immovable tackle on two teams that won bowl games. In the 2007 season Rizzo was a leader on an offensive line that allowed only 15 sacks over the 12-game season. Coaches raved about Rizzo’s tenacity, a trait that helped him become a second-team All-Sun Belt selection in each of his final two seasons.

1. Reggie Bain (2014-Present): He might have already been the best offensive lineman in FAU history even before he broke his hip in a motor scooter accident prior to the start of the 2016 season, ended his year before it began. Bain returned to the field for the 2017 season, dominating his way to a 2017 All-Conference USA selection. Bain earned C-USA All-Freshman honors in 2014 and was a second-team All-Conference USA performer as a sophomore. With another typical Bain season in 2018, he should become the first FAU offensive lineman ever selected in the NFL draft. 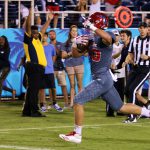