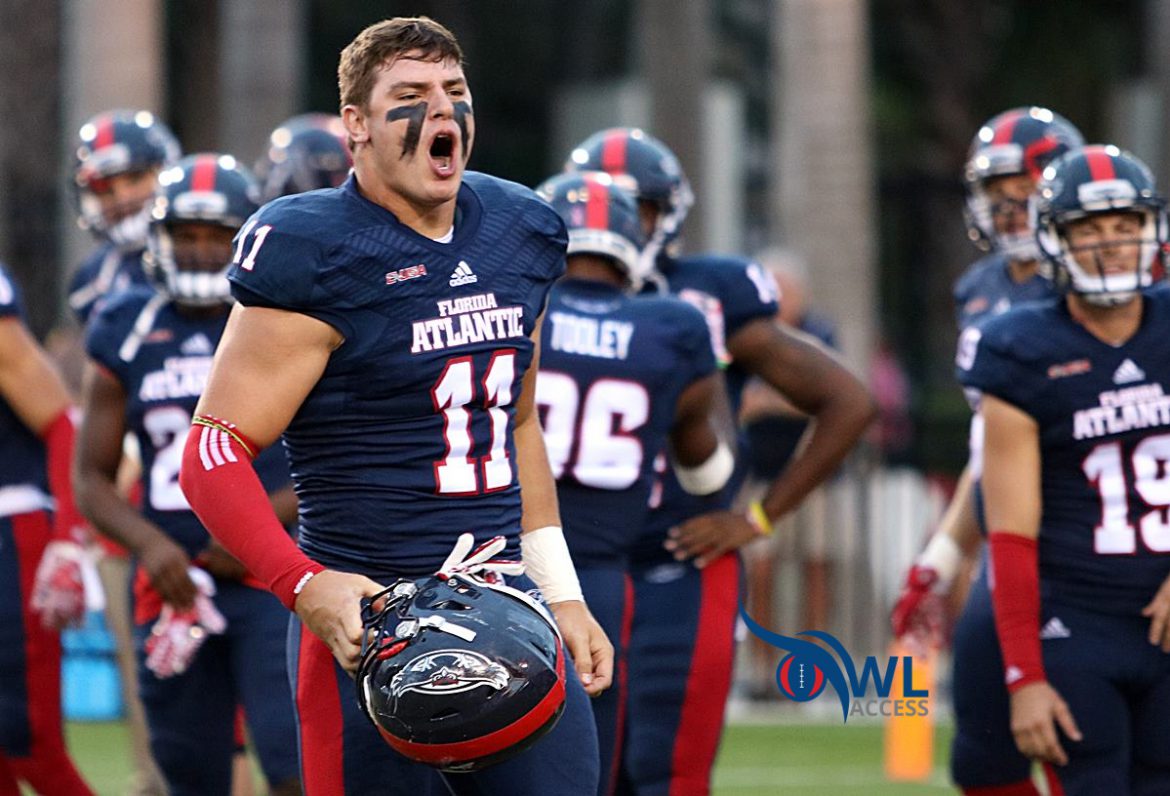 BOCA RATON – We’re changing sides of the ball but staying in the trenches. FAU’s produced its share of athletic defensive ends since the program’s inception. We’re ranking the best of them here.

5. Ramon Rickards (2001-04): FAU’s first sack artist, Rickards harassed quarterbacks, dropping them 15.5 times during the program’s early years. Rickards stood alone atop FAU’s sack list for nine years, and that total remains the third most in FAU history. Undersized at 6-foot-2, 250 pounds, Rickards didn’t seem opposing – until opponents tried to block him. Following his 2006 untimely death in a motorcycle accident, FAU honored his memory by creating the Ramon Rickards Bone Award, presented annually to the Owls’ biggest hitter. Had the career of Josh Pinnick, a 2006 All-Sun Belt selection, not been derailed by injury, he would have made the list. Martin Wright is also in the discussion. Surprisingly enough, so was current WPTV sports anchor Jason Pugh (“The Beast of the Anchor Desk”) – a three-year letter winner in the early years.

4. Kevin Cyrille (2009-11): The premier pass rusher on Schnellenberger’s post-bowl teams, Cyrille was also tough enough to play some nose tackle when the Owls switched to a 3-4 defense for the 2011 season. After transferring to FAU from Western Michigan, Cyrille recorded 26.5 tackles for loss in three seasons – ninth most in a career for an FAU player. The 9.5 sacks rank 10th all-time. His 9 quarterback hurries in 2011 tie with Hunter Snyder for the most in a single season.

3. Hunter Snyder (2014-Present): Long, strong and fast, Snyder still has one year of eligibility remaining but has already entrenched himself in the FAU record books. His 12.5 career sacks are tied for fifth. The career FAU sack record is probably out of reach, but with four sacks in his redshirt senior season Snyder will stand alone in second. The 106 yards lost on those sacks is already second most among Owls. He’s recorded 112 career tackles and may may well pass everyone else on this list by the time Conference USA play begins. Considering how many pass rush opportunities Lane Kiffin’s offense should provide for the defense in 2018, if this list is repeated next summer Snyder will probably jump up another spot.

2. Cory Henry (2010-13): An outstanding athlete, Henry graduated as FAU’s career sack leader. His 16 sacks were a half sack better than Rickards. Henry’s 27 overall tackles-for-loss tie him with Brandin Bryant for sixth overall in program history. He earned first-team All-Conference USA honors in 2013 following his 7.5 sack campaign. Though Henry was primarily a defensive end, he did play some outside linebacker in 2013. He was the Most Outstanding Player in the 2013 Shula Bowl, and played in the 2014 Medal of Honor collegiate all-star game. After college, Henry signed with the CFL’s Ottawa RedBlacks.

1. Trey Hendrickson (2013-16): Easy decision here. The 2016 Conference USA Defensive MVP is FAU’s career leader in sacks – by 13.5. To put that number in perspective, only Henry and Rickards have more than 13.5 sacks in their careers. Hendrickson recorded a program-record 13.5 sacks and also forced five fumbles as a junior to earn All-Conference USA honors. Despite being double- and triple-teamed on every play as a senior, Hendrickson still managed 9.5 sacks en route to being named the Conference USA Defensive Player of the Year. Hendrickson also blocked four kicks as a senior. He’s preparing to enter his second season with the New Orleans Saints, who made Hendrickson their third-round pick in 2017. He also played some fullback as a senior – and the ultra-competitive Hendrickson is likely perturbed that he wasn’t listed as a Top 5 running back, too. That drive is a large reason he’s so successful. 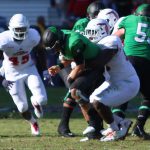