Four Down Territory:
Marshall 27, FAU21
The potential for an undesirable three-peat, Singletary's breakout and a bizarre fourth down play call are all addressed following the FAU loss to Marshall. 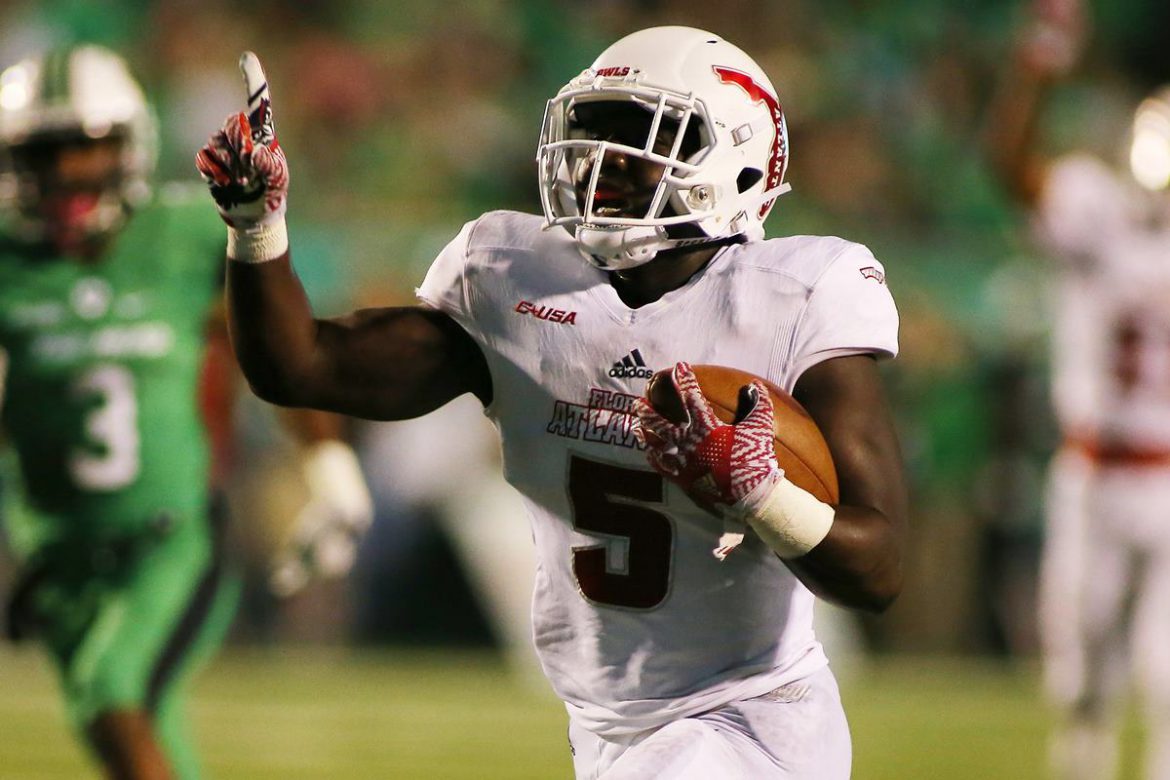 Each Sunday during the football season OwlAccess.com writers Chuck King and Jake Elman dissect the previous day’s FAU football game in a feature we call “Four Down Territory.” Here’s our analysis of FAU’s 27-21 loss to Marshall.

BIGGEST SURPRISE
King: FAU is going for a three-peat – and not in a good way. Seven games into the season, it appears FAU will be lucky to win three games this year. Should the Owls win two of their final five games, they would post a 3-9 record for the third consecutive season. Luckily for FAU, winless Rice and one-win UTEP remain in the schedule – two team that may actually be worse than FAU.

Elman: That there is any sort of optimism at halftime about the Owls breaking through and finally winning a game against an FBS opponent is amazing. Yes, FAU had a halftime lead and yes, things seemed to be clicking, but the Trey Hendrickson personal foul and Jason Driskel’s pick with seconds left in the first half foreshadowed a gloomy second half. Those are the tiny moments that add up and make fans wonder, “what about this team would make us really think that they have it in them to play consistently well for four quarters?” I honestly think a lot of fans who follow this team well enough to know how things work were asking themselves at halftime, “how is this going to end up being an Owls loss?” not out of malice or anger, but because it’s the same old Owls.

PLAYER OF THE GAME
King: Want to give it to freshman running back Devin Singletary? No problem with that. Want to say Buddy Howell? No qualms there either. But how about the guys up front who paved the road for them? FAU’s battered offensive line – which is finally starting to get healthy – led the way to 281 rushing yards. That should be enough to win any game.

Elman: It’s so, so good to see Devin Singletary succeeding after a slow start. Against Marshall he delivered 13 carries for 111 yards. Say what you want about the failures of the coaching staff when it comes to the actual game, but these guys have done a great job recruiting talent like Motor and it is going to be fun watching him over the next few years.

CONTROVERISAL CALL
King: With a little less than 7 minutes remaining in the third quarter, FAU elected to go for it on fourth-and-1 from the Marshall 20 and failed to pick up the first down. The decision had merit – although a field goal would have given FAU a 24-16 lead. The play call, however, was baffling. FAU had so much success running the ball up the middle all game, yet offensive coordinator Travis Trickett called for a toss sweep to Kerrith Whyte, who had only carried the ball once all game. Whyte slipped while making his cut and the Owls turned the ball over on downs. FAU coach Charlie Partridge offered an odd explanation for the decision. “They way it ended up shaking out, it wouldn’t have had a huge effect on (the outcome) had we kicked the field goal,” Partridge told ESPN West Palm immediately following the game. “I love the play call that we had. Again, that’s how close we are.” Had the Owls in fact made that field goal, FAU could have attempted a game-tying field goal in the final minute as opposed to going for it on fourth down and having Kalib Woods drop the ball. Incidentally, FAU is only 4-of-12 on fourth down conversion attempts this season.

Elman: Fourth-and-1 in the third quarter with one running back who has shown for years he can break through tacklers Marshawn Lynch-style (dreads and all) and another whose speed is taking him to his first 100 yard game, and the Owls decide to do a toss sweep on fourth down to Kerrith Whyte??? Nothing about this call made sense last night and it still doesn’t make sense now – and not much of it honestly has to do with Whyte. When you’re on a fourth-and-one, run up the gut! Do a quarterback sneak! Even if they called a toss sweep to Motor, it’d still have been a bad call. That whole part about the tiny moments adding up comes back again thanks to more atrocious play calling from the coaches.

EXTRA POINT
King: Yes, FAU has lost four games by a total of 17 points, but the notion that the Owls are four possessions away from being 5-2 is baloney. To make that state accurate, the Owls would have to either convert those extra offensive possessions into points or get stops from their defense. What has FAU shown over the past three years that would make anyone believe that would happen? That it could happen? This football team has experienced growth in some areas, but winning close games isn’t one of those areas. Former NFL coach Bill Parcells was fond of saying “You are what your record says you are.” FAU is a 1-6 football team – one possession away from 0-7.

Elman: With all due respect to some of the early teams when everything started and the 1-11 year in 2011, this may be the worst year in program history. It may sound like a hot take, but when you think about the expectations, the talent, and all of the momentum that carried over after last year, it’s hard to argue about this year being so bad. With consistency and durability at the quarterback position, breakout players like Kalib Woods and Singletary, and excellent play from Howell and Trey Hendrickson, this team should not be 1-6. But it is because it keeps making the same mistakes seven games in. With a bye week ahead, there may be some time to correct the mistakes, but it also may be too late. It’s either #FindAWay to make things work, or #FindAWay to survive until the season ends.

Four Down Territory:
Marshall 27, FAU21
The potential for an undesirable three-peat, Singletary's breakout and a bizarre fourth down play call are all addressed following the FAU loss to Marshall.
was last modified: October 16th, 2016 by FauOwlAccess
2 comments
1
Facebook Twitter Google + Pinterest 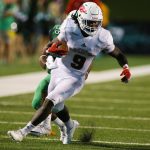 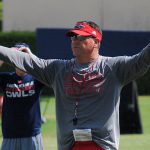 No Time To Panic

“I love the play call that we had.” and “….(the field goal) wouldn’t have had a huge effect…” Patridge’s statements sum it up. Not only is he in denial that the coaching is poor, he fails in understanding the importance of adding points in order to win a game. Sadly, fans and the team can expect the season to end as a 1 win season.
Two weeks of preparation is a good time to make some major changes such as building game plans around the success such as Howell and moving Parr into the starting role (in Parr’s limited role he has moved the team to scores 3 of the 5 series he has played).
The ultimate change would be on the coaching staff. Minimally, FIRE TRICKLE. but it’s also an opportunity to fire Partridge & have an interim head coach NOT TRICKLE finish the season.
Writers are correct in stating this is the worst year in the program’s history. This should hav.e been a 6 or 7 win season with some of the deepest talent in several years. But, talent can’t rise from the depths of incompetent coaching.

“Worst season ever” “one play from 0-7” When are you going to start calling for a complete house cleaning? The head coach needs to go and go now. Monday morning there should be a press conference for his resignation. Partridge clear does not have the skills to be a head coach. I am sure Rice and UTEP is looking at their schedule going, hey at least we have FAU remaining, maybe we can get a win there. And for what it is worth, all the praise you want to put on Trey H, who recruited him? Sure wasn’t Charlie. Oh and in regards to his recruiting, read the FAU program and his claim to fame regarding his first recruiting class. Bain, the Freshmen All American, hmmm he committed June 2013, six month before Charlie was hired but he takes credit for him. Please, this coach has not done anything to better this program in 3 years. And since Chun has come on board the only thing to grow is his pay check. Time to make some changes Mr. Kelly.