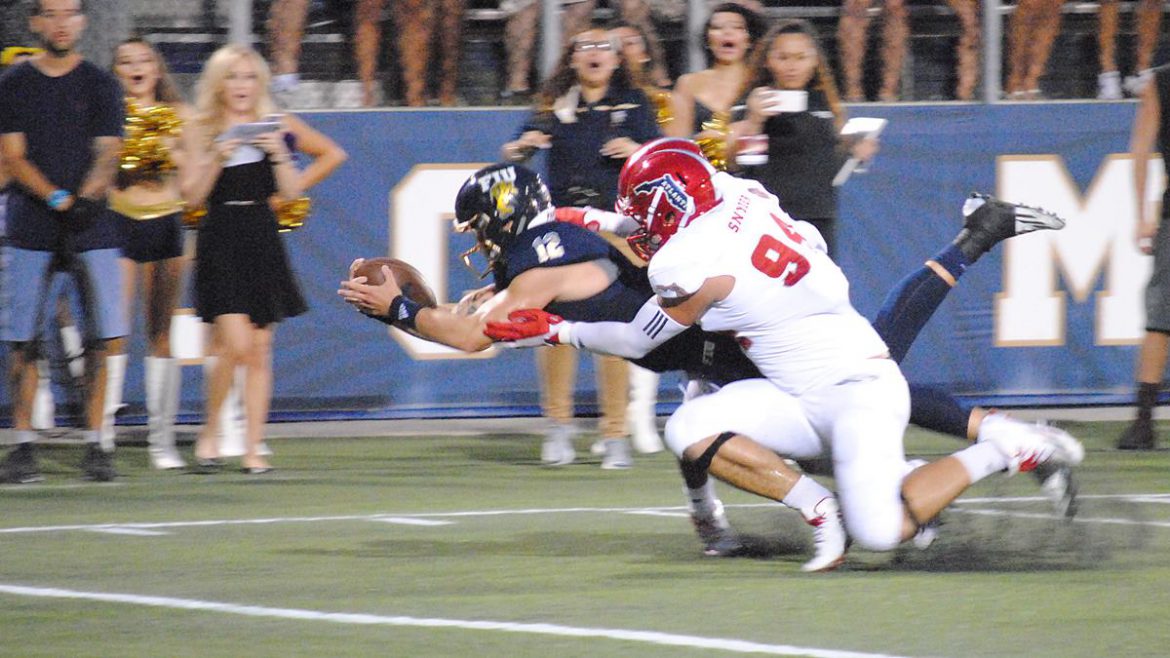 Each Sunday during the football season OwlAccess.com writers Chuck King, Jake Elman and Matt Wilson dissect the previous day’s FAU football game in a feature we call “Four Down Territory.” Here’s our analysis of FAU’s 33-31 loss to FIU in Shula Bowl XV.

BIGGEST SURPRISE
King: FAU’s defense is soft. There’s no aggression, no killer instinct. Even when a player makes a rare play, as Azeez Al-Shaair did when he returned an interception for a TD in the opening seconds of the second half, it doesn’t seem to energize the Owls. Rather, they relax. Tackles are missed on nearly every play, and when there is a one-on-one tackle, the FAU defender is usually being dragged for a couple extra yards. As a unit, this defense has regressed to 2014 form. Allowing 33 points to the worst offense in the nation? It’s as though they’re on the field together for the first time.

Elman: The fact FAU faced a winless team who just fired their coach and not only managed to lose its fourth straight game, but that they played like a JV team playing IMG Academy in the process. Saturday night was like a punch to the gut from an anime show, except instead of coughing blood onto someone’s armor, observers choked on their own shock that an FAU team with such high expectations could fall so far. Where was the heart that the Owls always show against the Panthers? Where was the ambition to keep the Shula Bowl trophy?

Wilson: FAU’s offensive line to its fifth different group of starters in as many games and did a good job. Driskel was not being sacked left and right and FAU was able to gain over 200 yards on the ground. With the line being the biggest hurting point for FAU, it was impressive how they were able to help the run game move the ball and have FAU gain more than 300 yards of offense.

PLAYER OF THE GAME
King: FIU QB Alex McGough rebounded from his benching last week to throw for 199 yards and rush for another 61 – combining for three touchdowns. Quarterbacks with any mobility whatsoever must love the idea of playing FAU. For the Owls, how about the under-utilized Marcus Clark. One touch, one touchdown. This guy has demonstrated over the course of the past year that good things happen when the ball is in his hands. He only needs a few touches to impact the game – although asking a wide receiver to find the diminutive Clark on a double pass throw back as the Owls tried with Kamrin Solomon on Saturday seems ill conceived and smacks of desparation.

Elman: Cheating a bit here, but it’s player(s) of the game and that’s FIU’s wideout trio of Thomas Owens, Jonnu Smith, and Austin Maloney. Together, the three tore up FAU’s defense for a combined 12 catches and 175 yards, accounting for 88 percent of FIU quarterback McGough’s 199 passing yards. As for FAU, Devin Singletary, welcome to the college show. After a fantastic fall camp and some early bursts to start off the season, Singletary exploded on Saturday night for 86 yards on the ground. In a night with few bright spots, Singletary showed why many around camp were so excited around his talent entering the season.

Wilson: Azeez Al-Shaair recorded 12 tackles for the Owls and had an interception return for a touchdown in the beginning of the third quarter. Without his touchdown, FAU would never have been in a position to win this game in the fourth quarter.

CONTROVERSIAL CALL
King: For two months Charlie Partridge told anyone who would listen that Buddy Howell is a special running back and the Owls’ go-to-guy. So where was he on FAU’s most important drive of the season? On the sidelines. Trailing by two with a little less than 8 minutes remaining, FAU took over possession at its own 10. The Owls ran three plays, handing it to Devin Singletary every time. Fourth play: punt. The Owls never got the ball back. Partridge said the Owls went to Singletary because he had the “hot hand.” Does than mean Howell – the only player on FAU’s offense who has consistently provided big plays – isn’t everything Partridge pumped him up to be? Or was Howell benched because of the third quarter fumble – his first of the season? If the latter is the case, it seems an odd time to discipline the Owls’ best player.

Elman: When you enter Conference USA play, you should have an idea of who your starters are and who their replacements or 1Bs are. It’s baffling how after four weeks of building Kerrith Whyte up to be the 1B to Buddy Howell and after four weeks of seeing Whyte progress, he gets zero carries against FIU. Why? FAU spent four weeks giving this guy the touches and he’s held on the sideline in a must-win? This is nothing against Motor and it’s ironically a reversal of earlier in the season where I suggested Singletary get some of Whyte’s carries. It’s more a comment on the inconsistency of a coaching approach.

Wilson: Going with Singletary and not Howell on the final drive. Singletary was the hot hand for FAU but at the end of a huge rivalry game, you need experience. Howell would have been the better choice because he is more physical and has the explosive push that FAU would need to maybe get the first down and have the drive continue.

EXTRA POINT
King: FAU coaches love catch phases and hash tags. #WinToday. #FindAWay. #NoHuddleNoMercy. Like FAU’s performances on the field, those sayings don’t hold substance. FAU lacks an identity – at least a positive one, anyway. There is no toughness to this team. If a poker game had a fourth quarter, the Owls would fold pocket aces. Wasn’t that leadership program supposed to make the Owls better finishers? Travis Trickett’s offense resembles middle school recess – lots of people running around, accomplishing little other than perspiration. When Roc Bellantoni’s defense is in the right place, players fail to tackle. FAU coaches coaches keep saying they will win when their players become more consistent. But it’s the job of the coaches to create that consistency. The only consistent aspect of the FAU ship right now is that it’s constantly at the mercy of the waves generated by its opponents. Right now the FAU ship is rudderless and in danger of capsizing.

Elman: What more can be said about this defense and what is the fix? Who can provide the fix? How does a team with bowl aspirations give up 33 points to a team that was dead last in scoring among FBS teams? We’re not talking about the Matt Leinart-Reggie Bush era USC Trojans or even Lamar Jackson’s Louisville Cardinals here; we’re talking about a team that entered Saturday night totally inept at offense who somehow managed to beat Trey Hendrickson and friends into the ground. Look at the student section during games or ask students on campus if they attend FAU games and they hesitate before responding. These are the games that demonstrate why Netflix and chill seems to be a better option in their eyes.

Wilson: FAU is in a not so good situation. The Owls have lost their C-USA opener and the team can’t seem to shake off the losing. FAU may need to look into changing up its scheme. FAU has a must win game against Charlotte next week. If FAU doesn’t win, the Owls seem destined for another 3-9 year. 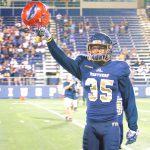 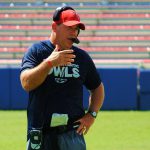 Look what Brian Wright’s offense is doing at Toledo, 3rd in the nation for total yards per game. Hmmm, wonder if we made the “Wright” choice?