Four Down Territory:
Ball St. 31, FAU 27
The decision to go for it in the fourth quarter, Jason Driskel's rebound and the student section are some of the hot topics from the latest FAU loss. 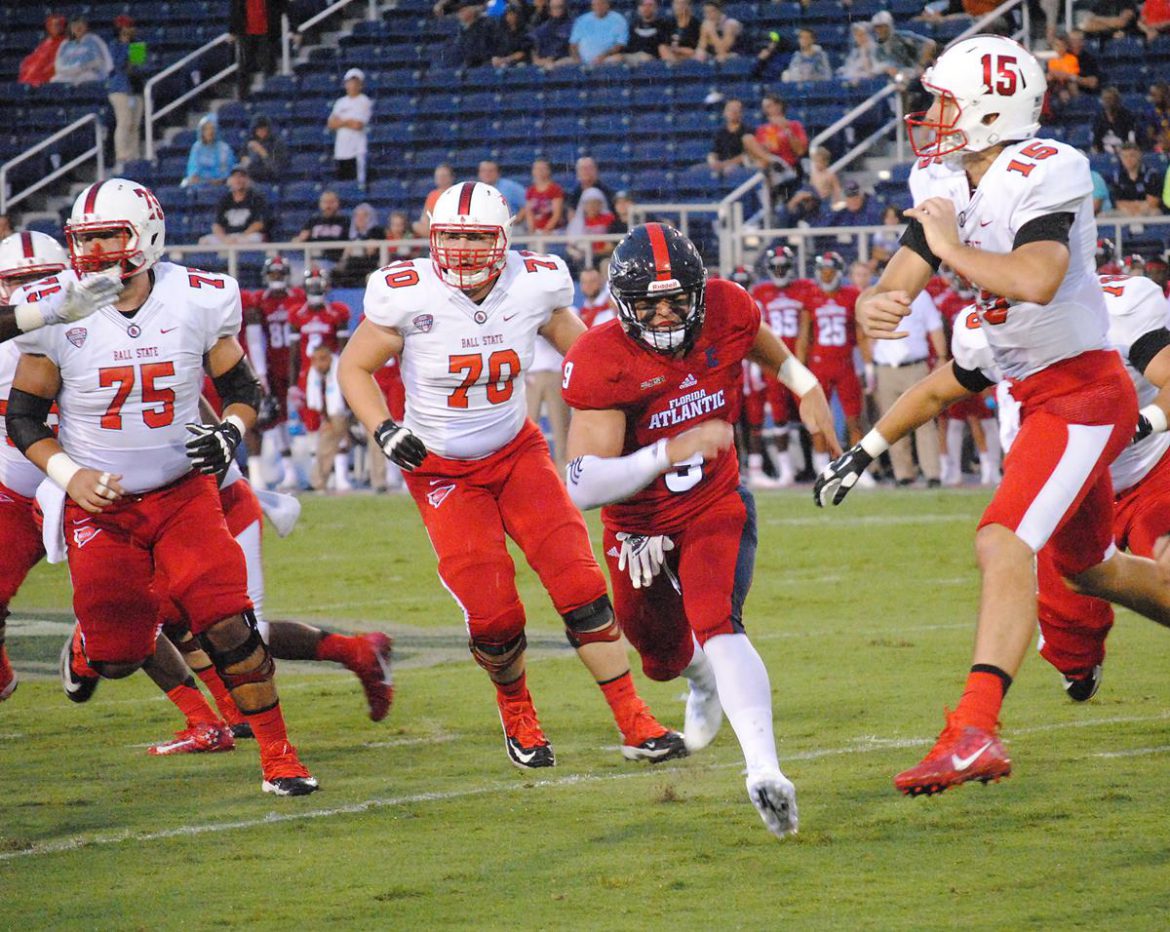 Each Sunday during the football season OwlAccess.com writers Chuck King and Jake Elman dissect the previous day’s FAU football game in a feature we call “Four Down Territory.” Here’s our analysis of FAU’s 31-27 loss to Ball St.

BIGGEST SURPRISE
King: That none of the issues plaguing the Owls are taking anyone by surprise. FAU’s tackling continues to be a problem. The Owls lost another late-and-tight game – a problem FAU thought it had licked. The offensive line played better but couldn’t do much in the second half. It doesn’t seem like much has changed from previous years, and the Owls are once again off to a 1-3 start.

Elman: The lack of penalties for the Owls. Finally, after struggling with holding and offsides calls all year, FAU only had two penalties – one in each half – and we can’t point to penalties as to why they fell short. Holding calls are going to happen on a makeshift offensive line, but the lack of penalties is a bright spot the Owls need to take away from Saturday and put toward Conference-USA play.

PLAYER OF THE GAME
King: FAU couldn’t figure out how to stop Ball St. quarterback Riley Neal on the ground or in the air. It was almost as though defenders were scared to hit him. The Owls continuously bit on fake hand-offs leaving plenty of room to run. Neal’s counterpart, Jason Driskel, rebounded nicely from his worst career outing. The offense showed signs of coming out of its slumber.

Elman: If Riley Neal doesn’t lead the Cardinals down the field after that final lightning delay, my player of the game was actually going to his quarterback counterpart, Jason Driskel. We forget sometimes that these kids are young and after two straight blowout losses – one of which was the worst loss in program history – it’d have been easy for Driskel to almost throw in the towel and come into the game with zero confidence. Instead, up until the last drive, Driskel played mistake-free and showed why this program is looking to him as their quarterback of the future.

CONTROVERSIAL CALL
King: Going for it on fourth-and-one from the Ball St. 30 with a little more than 5 minutes remaining was the right call. Attempting a 47-yard field goal on a wet field is fraught with danger – and college coaches tend to put far too much faith in their kickers. However, with the offensive line so beat up, perhaps a play with a play-action component that gave Driskel a quick run-pass option would have been more likely to succeed.

Elman: FAU’s fourth down call in the fourth quarter backfired. Partridge even admitted in the postgame press conference that if Buddy Howell gets that first down, they probably ice the game. On a fourth-and-one with Buddy Howell, 99.9 percent of the time you’re going to get that first-down, but I was surprised to see the team not attempt the long field goal. Greg Joseph is perfect on the season and with a kick, you go up 30-24. Ball State still needs a touchdown to take the lead, but you also force them to approach the drive differently because they can’t settle for a field goal. Again, it’s a what-if call and I actually think Partridge made the right choice going for it on fourth-and-short, but I’d be lying if I said I wasn’t expecting the field goal team to run out onto the field.

EXTRA POINT
King: The fans who stayed until the end weren’t shy about voicing their displeasure with FAU’s coaching staff. One fan in particular positioned above the tunnel to the Owls’ locker room calling for the end of the Charlie Partridge regime was hard to ignore. The vibe around the Oxley Center in recent weeks has grown increasingly more tense. Letting this one slip away a week after getting humiliated at Kansas St. isn’t likely to improve the situation.

Elman: Two home games, two 6 p.m. starts, two strong showings by the student section. FAU may not have the allure of a Miami or a Florida State, but the decision to have later games as opposed to the noon kickoffs is certainly paying off with regards to getting students to take advantage of a ‘free ticket’ and watch some football. Waiting to find out if the combination of 6 p.m. starts and Conference-USA play has an impact on student attendance will have to wait until November 12 against UTEP as the Owls’ next two home games – October 8 against Charlotte and October 29 against Western Kentucky – are scheduled for 3:30 p.m. kickoffs.

Four Down Territory:
Ball St. 31, FAU 27
The decision to go for it in the fourth quarter, Jason Driskel's rebound and the student section are some of the hot topics from the latest FAU loss.
was last modified: September 25th, 2016 by FauOwlAccess
2 comments
0
Facebook Twitter Google + Pinterest 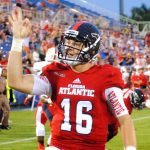 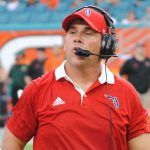 Drisk-ill player of the game?! Really?! Has it been that long since you’ve seen good, consistent QB. play? So he made a few accurate throws and ran into the end zone untouched. He had more poorly thrown passes than on target throws. He still shows no signs of leadership. I watch him on the side line while the D is on the field. He walks away from his team instead of getting together and encouraging them. In clutch situations he frequently chokes. But it’s not entirely his issue. He’s been given an inept OC and game plan, and has a head coach who cant make a real decision but is the master of coaching cliches during post game interviews. Mother Nature did her part & tried to get the game called while the Owls were ahead. But they couldn’t save themselves.

I was glad to see some shots taken down the field early on. But 3 points in the second half? Yes the defense could have played much better but scoring 3 points in the second will not equate to wins. Coaching and or QB changes need to be made. Driskel has only played well in one of 16 quarters this year. Coaches do not play to win. They continue to not make adjustments. Very frustrating