Not What He Said
Lane Kiffin refutes report that said he definitively stated he would return to FAU next season, adding that he does plan to be in Boca. 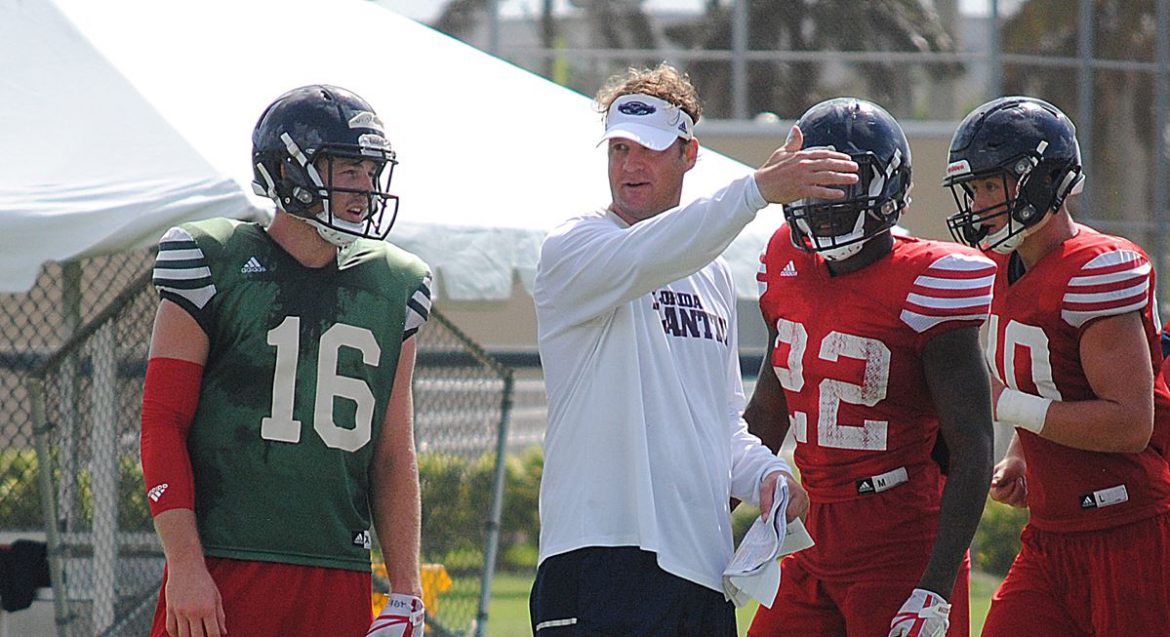 BOCA RATON – Lane Kiffin says he enjoys coaching at FAU but corrected a media report claiming that he definitively said he would be the Owls’ coach next season.

During a national radio interview last week, Kiffin said he savors coaching at Florida Atlantic and the Boca Raton lifestyle that accompanies it. Several media outlets wrote stories based on that interview.

“I did not make the statement that I will be here next year,” Kiffin said. “I plan on being here. I didn’t make that statement, and then they write what I say and then they title it differently – the article that said I was going to be here. I was talking about, I do really enjoy it here. It is not what people would assume – that you took this job to get the next one.”

FAU clinched its first-ever berth in the Conference USA championship game with Saturday’s 52-24 victory over FIU in the Shula Bowl. They will host North Texas on Dec. 2 for a noon kickoff.

The Owls own a seven-game winning streak for the first time since moving to the FBS level in 2007. With a win at Charlotte on Saturday, the Owls would complete their C-USA regular season schedule undefeated.

Kiffin’s success at FAU fueled media speculation that he could be a candidate for higher profile jobs, with Florida and UCLA heading the list of programs potentially interested.

“As far as the noise, that just is what it is,” Kiffin said. “When you’re doing well that’s just a product of it.”

From an on-field standpoint, returning to FAU would be attractive for several reasons.

“Where we’re at as a team, the majority of this team comes back,” Kiffin said. “We’ve got one of the most dynamic players in college football [in running back Devin Singletary] and he’s only a true sophomore – and one that I don’t think would leave early for the draft. We’ve got two more years left of him. We’ve got some really good quarterbacks – some that are playing now and some that will be playing next year. And we live in Boca. We can recruit here. We’ve got an awesome staff that loves living here. It’s not what people would assume.”

Last December Kiffin signed a five-year contract that pays him $950,000 per year. According to USA Today’s coaches salary survey, the 39 highest-paid coaches – all in Power 5 conferences – make at least $3 million per year.

Fired earlier this season from Florida, Jim McElwain’s contract called for him to make $4.5 million this season. At UCLA, Jim Mora was scheduled to make approximately $3.5 million.

Kiffin spent his three seasons before coming to FAU as Alabama’s offensive coordinator. Heading into FAU’s regular-season finale, the Owls rank eighth nationally in points per game at 42.5. Singletary leads the nation with 24 rushing touchdowns.

The Owls are also bowl bound for the first time since 2008.

Throughout the season Kiffin preached a philosophy of trying to be 1-0 each winning – winning each game as it comes and not looking ahead.

The Owls responded, often uttering the same mantra in their meetings with the media.

Kiffin said he hasn’t discussed the coaching rumors with his players.

“I’ve never talked about that with them,” Kiffin said. “I talk a lot with them. I think they know just how focused we are on 1-0 every week and doing my job, which is finding everything that we can to put them in the best position to win – play situations, depth chart changes, all those things. I could not think that there’s any question by them at all where our focus is.”

Not What He Said
Lane Kiffin refutes report that said he definitively stated he would return to FAU next season, adding that he does plan to be in Boca.
was last modified: November 21st, 2017 by Chuck King
0 comment
3
Facebook Twitter Google + Pinterest 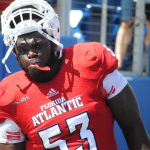