Pace Setter
Buddy Howell doesn't look like the convential change-of-pace back, but Lane Kiffin and the Owls believe the senior's size is what will make him so effective. 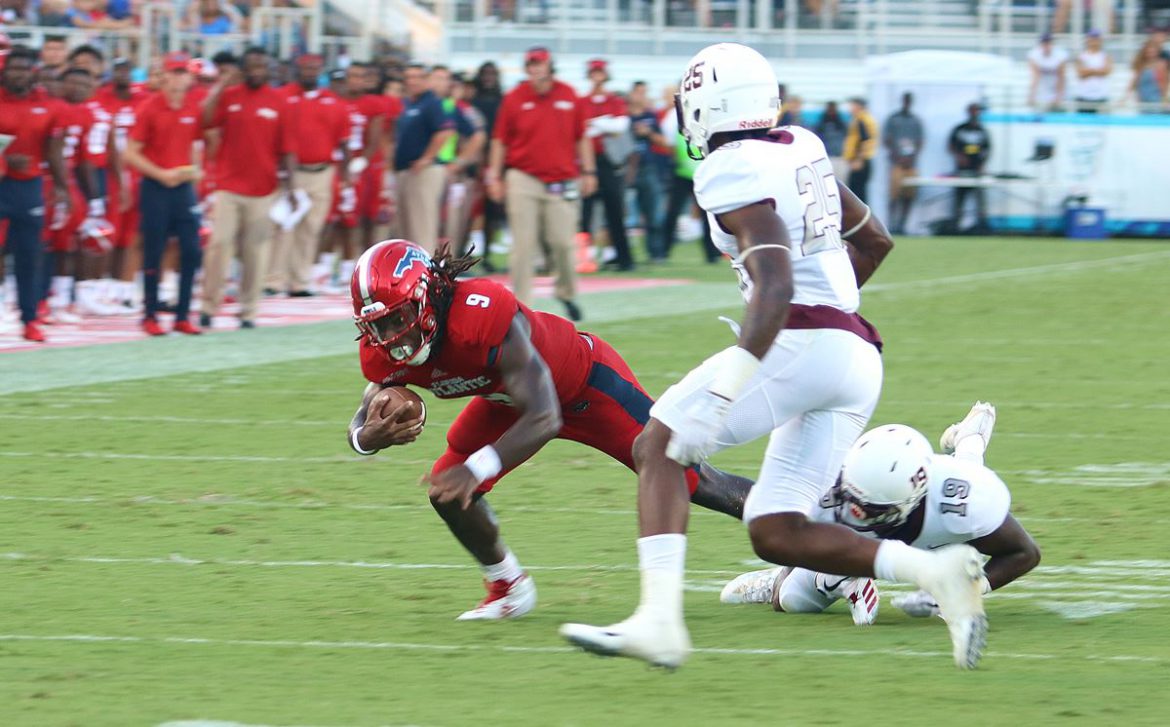 FAU RB Buddy Howell falls forward as he's tackled against Bethune-Cookman. Howell rushed for 175 yards on 13 carries in the game. (Photo by Bongo)

Traditionally, the label “change-of-pace back” refers to a short, quick ball carriers scooting and darting around potential tacklers, often on third down, providing the offense with a more elusive burst.

Kiffin successfully employed Howell on Saturday as a change to Devin Singletary’s pace. Howell responded by dashing and plowing for 175 yards on 13 carries, scoring once.

In essence, the Owls let Bethune-Cookman chase the shiftier Singletary around the field for a while, then countered with a runaway bull.

“I think when you can get guys tired and get the play counts up like that, now all of the sudden Buddy’s even more dangerous because the D-line’s not getting off the same, the backers are not fitting the same,” Kiffin said.

With his size, Howell is better suited than most backs to take advantage of an offense that’s powering its way downhill.

“It’s the size thing more than anything because he’s bigger and can run through arm tackles,” Kiffin said. “It’s tougher to tackle, obviously, a bigger guy.”

“To me, the bigger backs, Scarbrough a year ago, when you get guys worn down with tempo and stuff, now all the sudden they are going for arm tackles instead of getting their helmet across,” Kiffin said. “You just don’t play as well when you are tired.”

An offense that struggled to sustain drives prevented FAU from deploying Howell during the Owls’ first two games.

With the Owls’ offense enjoying success in Saturday’s 45-0 blowout of Bethune-Cookman, Kiffin was finally able to utilize the Singletary-Howell one-two punch. The result? A program-record 439 rushing yards.

Singletary was more than an opening act in that effort, rushing for 109 yards and a touchdown on 11 carries. But it was Howell’s long bursts – runs that covered 60, 32, 23 and 21 yards – that made the biggest impact.

A senior, Howell spent the offseason working to improve his speed and explosiveness.

Talk of Saturday’s big runs elicited from Howell a smile born of those summer workouts.

“Everybody always tries to tell me, you’re big, you’re not really fast, and stuff like that,” Howell said. “I’m just proving people otherwise – coming in and striking for long plays – big plays.” 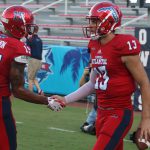 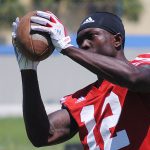