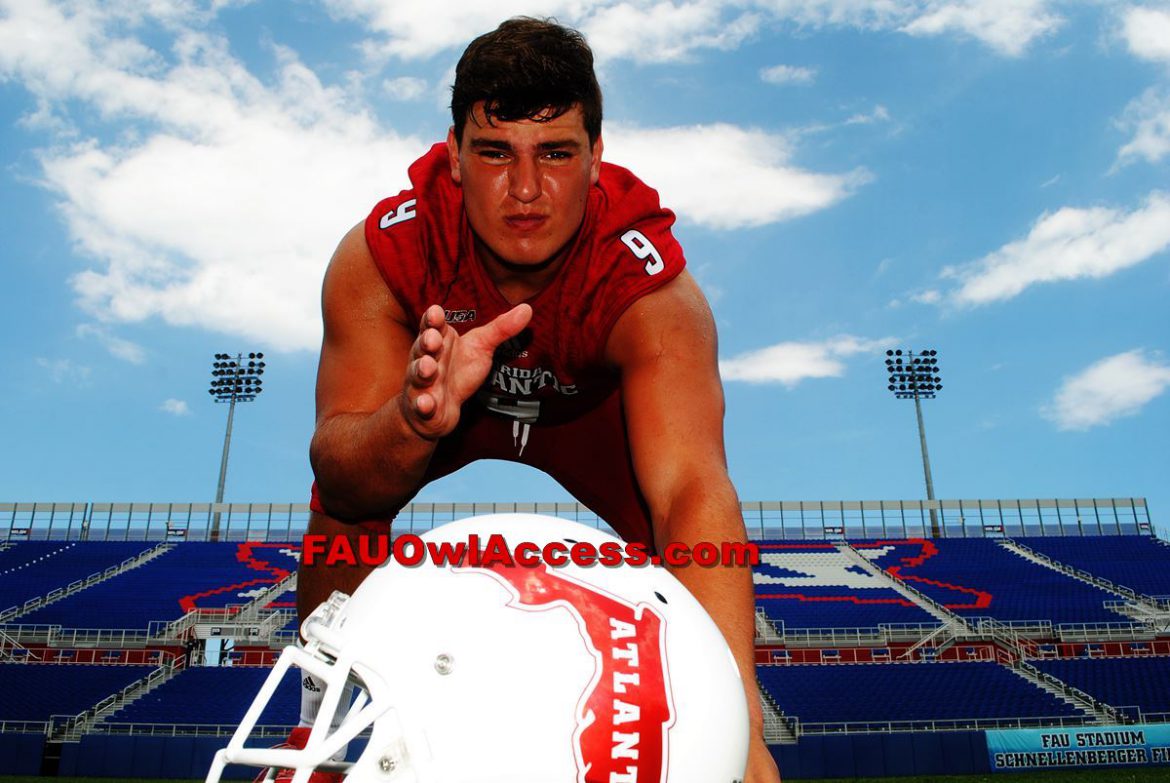 Coaches chose Trey Hendrickson as the C-USA Preseason Defensive Player of the Year.

“At first you’re like, that kinda hurt; and you are like, I got a piece; and then you look for the ball, so it’s like three different forms of the play all at once,” Hendrickson said. “Ouch, I got the ball, and you’re a little ecstatic, and then you’ve got to go find the ball and block somebody.”

He’s blocked a field goal in each of the first two weeks, tying him with Michigan’s Chris Wormley for the most nationally.

Hendrickson’s block of a 50-yard field goal attempt by Southern Illinois early in the fourth quarter of the season’s first game kept the Salukis from drawing within one possession. Against Miami, Hendrickson’s block kept the game scoreless in the first quarter.

Both of them prompted the same immediate reaction from Hendrickson.

“You’re in shock,” Hendrickson said. “I think both of them hit me in the face – arm to the face, it just deflected.”

That’s right, Hendrickson has prevented six points this season with his face.

“Whenever we can take points off the board, sway momentum, that’s big things for the team and I wanted to be an impact player any way that I can,” Hendrickson said.

FAU coach Charlie Partridge says the Owls aren’t doing anything special schematically to get Hendrickson in position to block kicks.

“I wish I could give you the story about these cool drills that we’re doing and this design for Trey,” Partridge said. “We all know he’s gifted but he’s really got good timing. There’s a clock and most schools want to get that ball (kicked) in 1.2 to 1.3 seconds – that’s usually the time. He’s got good length and good timing getting his hand up.”

He also has good technique.

At the snap, offensive linemen are taught to take a step toward the center, thereby forming a wall by placing their inside leg behind the lineman next to them and preventing defenders from squeezing between.

Hendrickson uses his quick reactions and speed to put his opposing lineman in an unsound position at the snap, then uses the strength amassed during his four years at FAU to bull his way into the backfield.

“If you can beat (the lineman) to that contact while their foot is in the air that’ll open them up and hinge; then you drive more and then just extend,” Hendrickson said, before explaining the clock he keeps in his head. “It’s like one-1,000, two-1,000 and just extend – and then you hope for the best. If we had five guys doing that, I think we’d block every one. I think it’s a really under-appreciated play.”

Under-appreciated, but not Hendrickson’s favorite.

Last season he led the C-USA and finished second in the nation with 13.5 sacks, In two games this season Hendrickson has four times as many kick blocks as he has sacks – 0.5.

Still, sacks are the bigger prize for Hendrickson.

“Not even close, I love sacks,” Hendrickson said. Being able to take points off the board for the team is a great thing … but I love what a sack feels like rolling through it. I don’t really like getting pegged with the ball.” 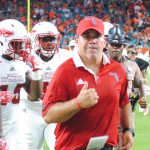 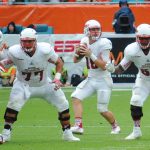