Worth the Weight
Down 50 pounds since his arrival at FAU, USC transfer Noah Jefferson says he's ready to dominate in longer stretches. 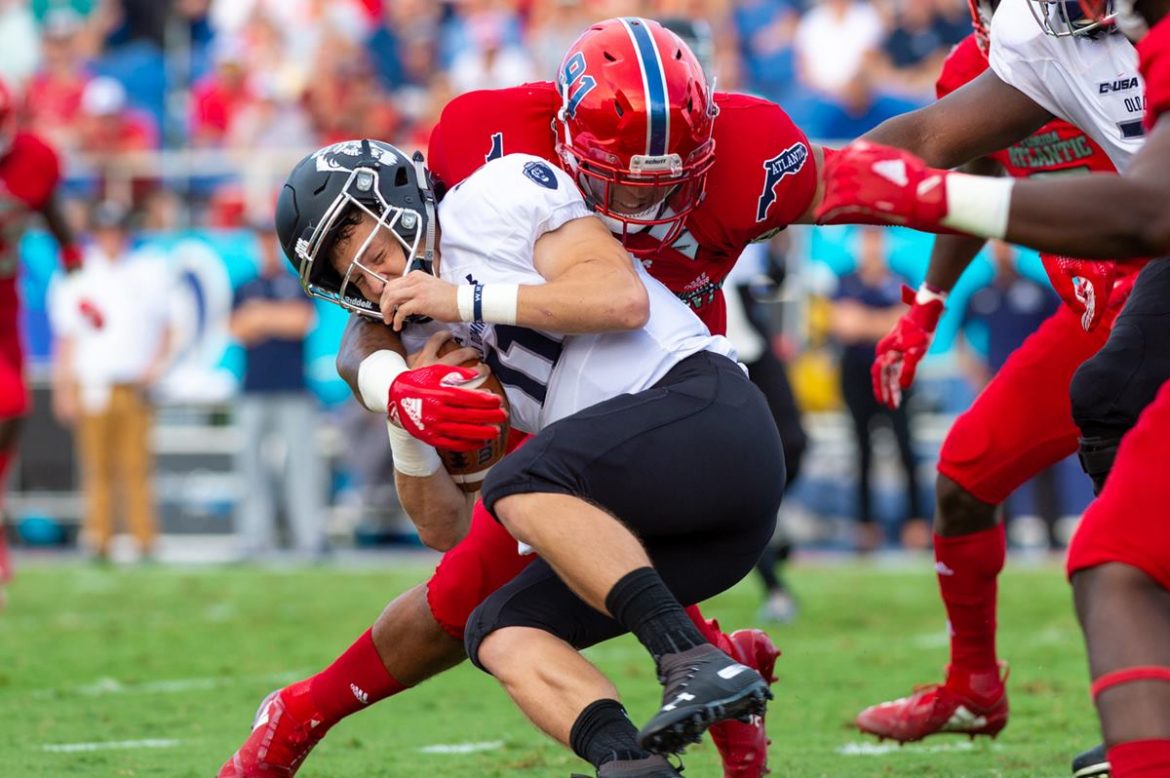 Jefferson, a former USC Trojan and JUCO transfer, dropped nearly 50 pounds since last season to improve his conditioning for a full-time starting role. That physical transformation along with some mental growth is much needed for an FAU defense that’s lost major front seven depth.

“Just being able to give my teammates everything I have, honestly, everything out of me,” Jefferson explained as why he lost the weight. “I need to keep going, because I feel like at the end of the day, me losing five or 10 pounds more won’t hurt anything, just makes me be able to play longer.”

Jefferson came to FAU 40 pounds over his ideal playing weight of 310 pounds. It took him time get in shape and adjust to the Owls’ defense after transferring midseason, but he excelled by the end of the year, registering seven tackles, a sack and a blocked field goal.

But even as his play improved, Jefferson wasn’t where he wanted to be physically. An offseason with strength coach Wilson Love and his infamous “fourth-quarter” workout program changed that.

“Four quarters was crazy, that’s one thing,” Jefferson said. “I’ve never been through any conditioning – or anything – like that, even at SC and even in JUCO.”

Jefferson said his focus this offseason was improving his core strength, which is pivotal to a defensive lineman’s success. Having a strong core allows a D-lineman to punch their hands into a blocker’s chest directly off the snap, rather than standing before making contact. Whoever can get leverage and hand positioning first usually wins in the trenches.

While Jefferson said his strengthened core will show its benefits on a play-to-play basis, the on-field evolution he’s most excited about is being able to occasionally chase down tackles from sideline-to-sideline.

A trimmer Jefferson also believes he’ll be better conditioned, allowing him to participate in more plays once games arrive.

Jefferson’s weight loss took more than a physical commitment, but also a lifestyle one. Along with cutting carbs like french fries and bread, Jefferson began eating two salads a day as part of his new diet. He also drank green tea daily to burn excess body fat.

Changing his training and diet regimen was a big adjustment for Jefferson. But he said FAU’s coaches made it easier because they “treat us like professionals.”

Jefferson is enjoying his new cerebral duties in first-year coordinator Glenn Spencer’s defense. But his mentality after the ball is snapped is the same no matter what system he’s in.

“I see myself as a dominant player in any defense, to be honest,” Jefferson said. “That’s just how I am, and the mindset I try to keep.” 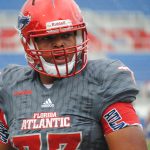