Turnover Mindset
FAU DC Tony Pecoraro tells his defense to force turnovers during practice or they will be doing extra work afterward. 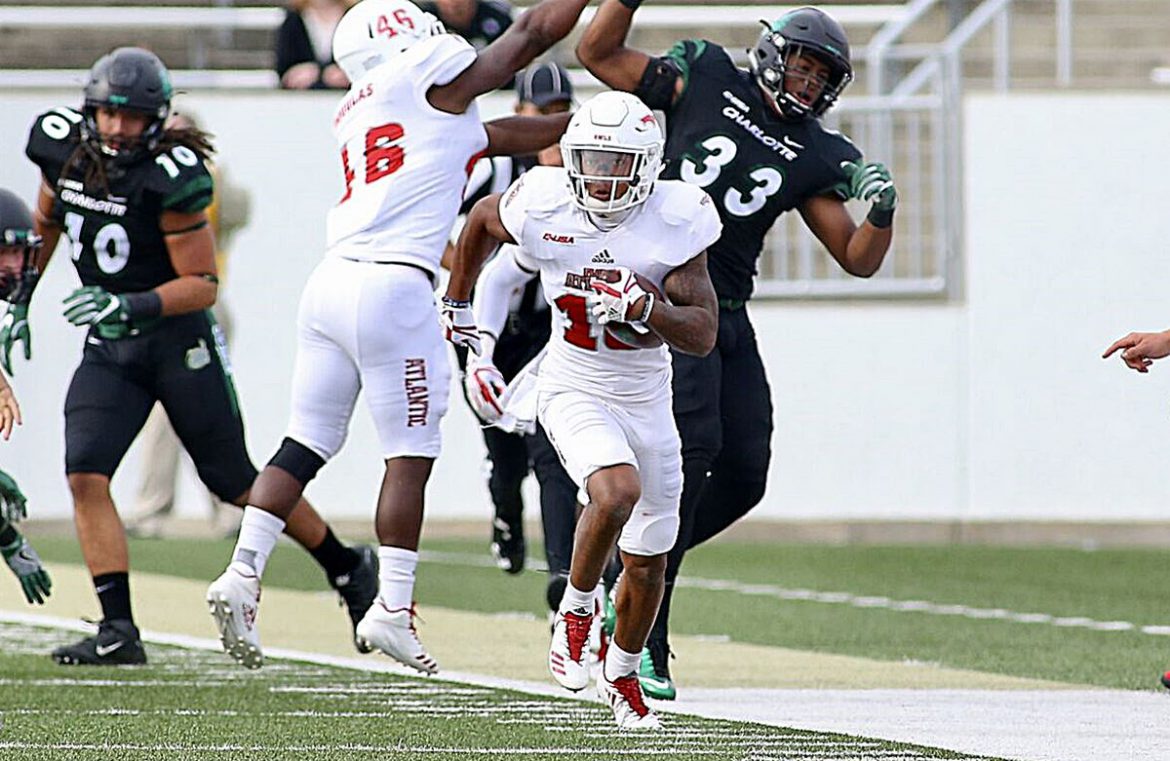 With the Owls not producing the desired outcome through four games, Pecoraro issued a new edict prior to the start of practices this week: Create turnovers, or everyone on defense gets extra conditioning work following practice.

“If we don’t get three turnovers a day it turns into up-downs,” safety Jalen Young said. “That’s definitely a challenge.”

FAU finished tied for No. 16 nationally last season by forcing 26 turnovers. The Owls haven’t been nearly as productive this season.

Through four games linebacker Rashad Smith has the only two interceptions. The defense has yet to recover a fumble.

Young said the defense met its quota on Tuesday and Wednesday and believes reinforcing the takeaway mindset during practices will create more turnovers in games.

“It’s a competitive idea,” Young said. “I feel like it’s great. It’s going to help us a lot. It’s just something we need to emphasize more.”

To further drive home the point, coach Lane Kiffin says he challenged the secondary to raise their performance level. After Friday’s 56-36 loss at No. 16 UCF the Owls’ missed assignments, poor coverage and substandard tackling in space bothered Kiffin.

Following the second game of the season, a victory over Air Force, Kiffin issued a similar challenge to the offensive line, focusing on their run blocking. That unit responded by paving the way for more than 300 yards rushing in consecutive games.

“Hopefully they respond,” Kiffin said of his latest challenge. “That’s always our goal.”

Kiffin noted that, in Oklahoma and Central Florida, FAU has been tasked with stopping what are potentially two of the Top 5 offenses in the country.

As a result only 11 teams nationally have forced fewer turnovers than FAU heading into Saturday’s Conference USA opener at Middle Tennessee – and one of the three turnovers forced by the Owls came on special teams.

“Those come in spurts sometimes,” Kiffin said of turnovers. “Even last year they kind of died down there at the end. We had a huge spurt and didn’t get as many toward the end the last few games. Hopefully they start coming our way.”

Having a healthy Young patrolling the secondary can spur such spurts.

Young tied for second nationally last season with seven interceptions, and had one of three FAU picks last season against MTSU, but has yet to cradle an opposing quarterback’s misguided pass this season.

The senior safety has been slowed by a knee injury suffered against Air Force that forced him to miss the Owls’ victory over Bethune-Cookman and hindered his ability to cover and tackle at UCF.

Kiffin acknowledged on Wednesday that Young was limited in practice all week leading up to the UCF game probably wasn’t healthy enough to succeed against the Knights.

“It was my decision to step out on the field,” Young said. “I’m just a competitor. I didn’t want to go out there and just leave my brothers out there and not be out there with them.”

Young said the knee feels “a lot better” this week.

Without having to worry about the knee, Young can once again focus on creating turnovers.

“That’s something that we have to hone back in, turnovers,” Young said. “That’s what our program is all about – the ball.” 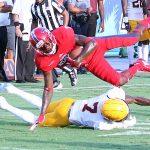 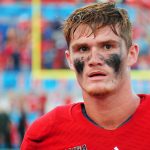