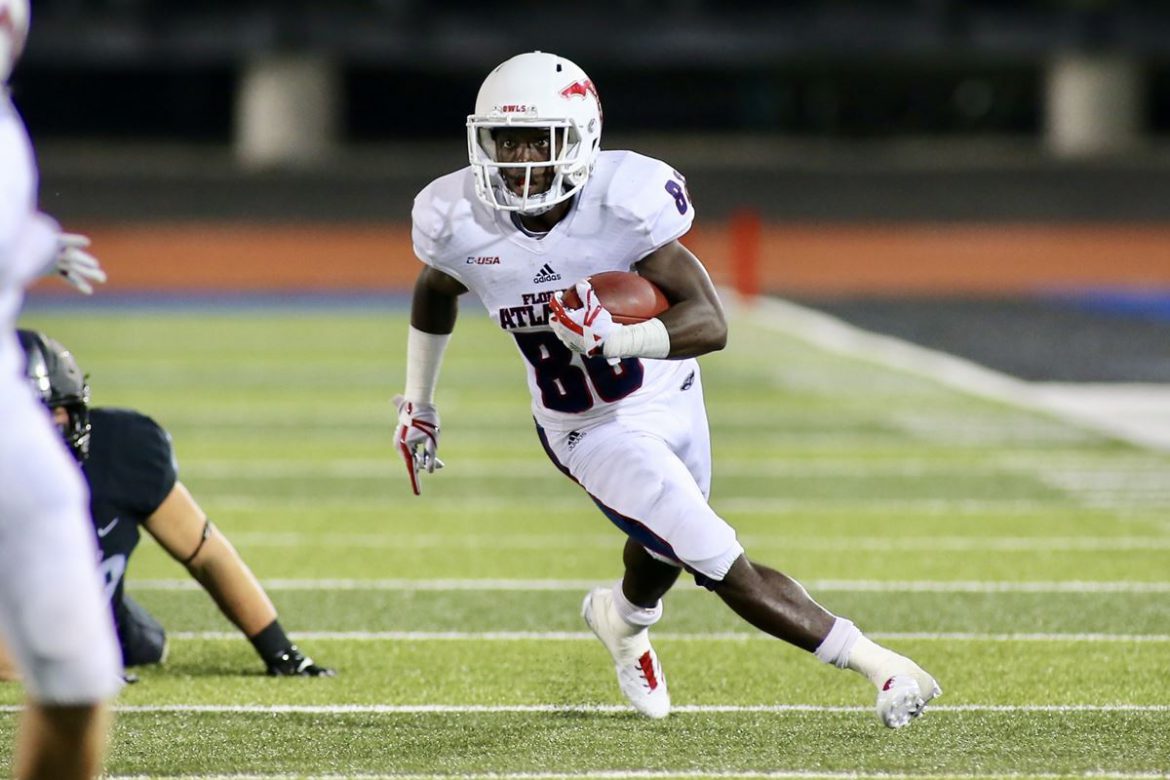 FAU kicks off to Buffalo. Joseph sends it into the end zone. Underway in Buffalo.

FAU LB Azeez Al-Shaair expected to play but not on the field to start the game. Hosea Barnwell gets the start.

Buffalo marched 75 yards on 9 plays. Jackson rushed for 15 yards and threw for 35 on the drive.

Jason Driskel gets the start for FAU. First play throws a duck that should have been picked off.

Driskel’s third pass is picked off. Buffalo takes over inside own 25. A couple of terrible decisions by Driskel.

Start of the game looks like a repeat of the Wisconsin loss. FAU defense getting blown off the line. Bulls moving at will.

FAU has 85 rushing yards and 15 passing yards thus far, but one potentially big completion blown dead because of penalty.

First quarter is complete. FAU trails Buffalo 14-7, but the Owls have the ball.

Jalen Young back in the game, but Hosea Barnwell with a completely unnecessary targeting penalty. He’s ejected. Started for injured Al-Shaair.

FAU defensive players getting their feet under them. Owls with a second consecutive stop. FAU with the ball and the chance to take the lead.

If FAU ever figures out how to pass the ball, this offense could be really fun to watch.

Ernest Bagner with a sack, forcing a punt from Buffalo. Willie Wright returns punt inside 20.

Buffalo in the midst of a 12 play drive, eating up the clock as they go. Bulls at FAU 5 with 1 minute remaining in half.

FAU using its timeouts on defense in hopes of getting the ball back with enough time to score before half.

Buffalo QB Tyree Jackson out for the game with a knee injury.

Jason Driskel starts the second half at QB for FAU.

FAU begins the half by going three and out. Driskel nearly picked off. Buffalo takes over without starting QB.

FAU picks up a couple of first downs before Ryan Rickel’s punt pins Buffalo inside its own 10. Owls and Bulls still tied at 17. 3Q

Buffalo has only scored 3 second-half points this year. Now the Bulls will have to outscore the Owls while using 2nd string QB.

Buffalo ate up more than 6 minutes of the third quarter on that drive. That’s the Bulls first second-half TD of the year.

Three-and-out for FAU ends with a sack of Driskel. Owls punt the ball back to Buffalo. Can FAU stop the run? Buffalo 24, FAU 17. Late 3Q

Haiden Nagel with a sack on the last play of the third quarter. Moving to the fourth, FAU trails Buffalo 24-17.

Devin Singletary gets the Owls back within a FG with a 4 yd TD run. Huge catch and run by Harrison Bryant set it up. Buf 27, FAU 24. 4Q

After two runs get stopped, Buffalo takes to the air and hits a touchdown pass. That might do it. Bulls lead FAU 34-24 with 2:37 remaining.

Rickel handles onside kick. Buffalo covers it. It will take a miracle for FAU to win now. 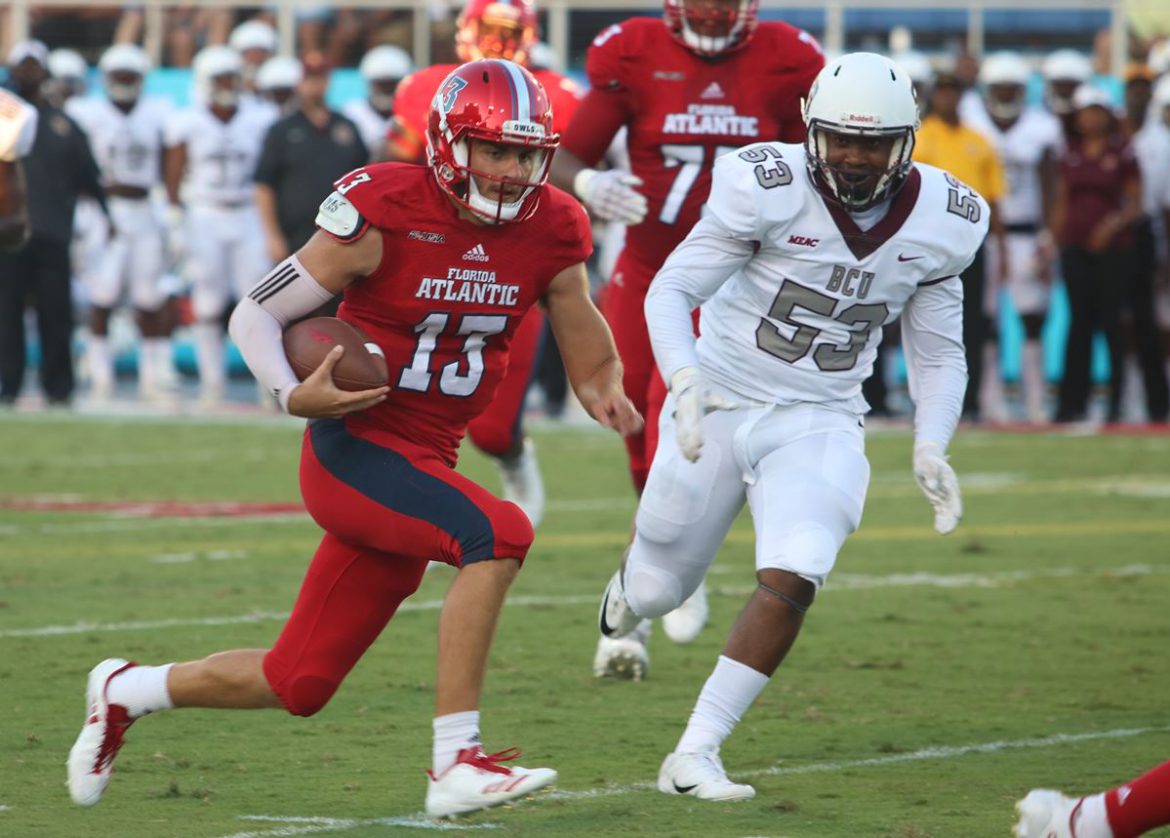