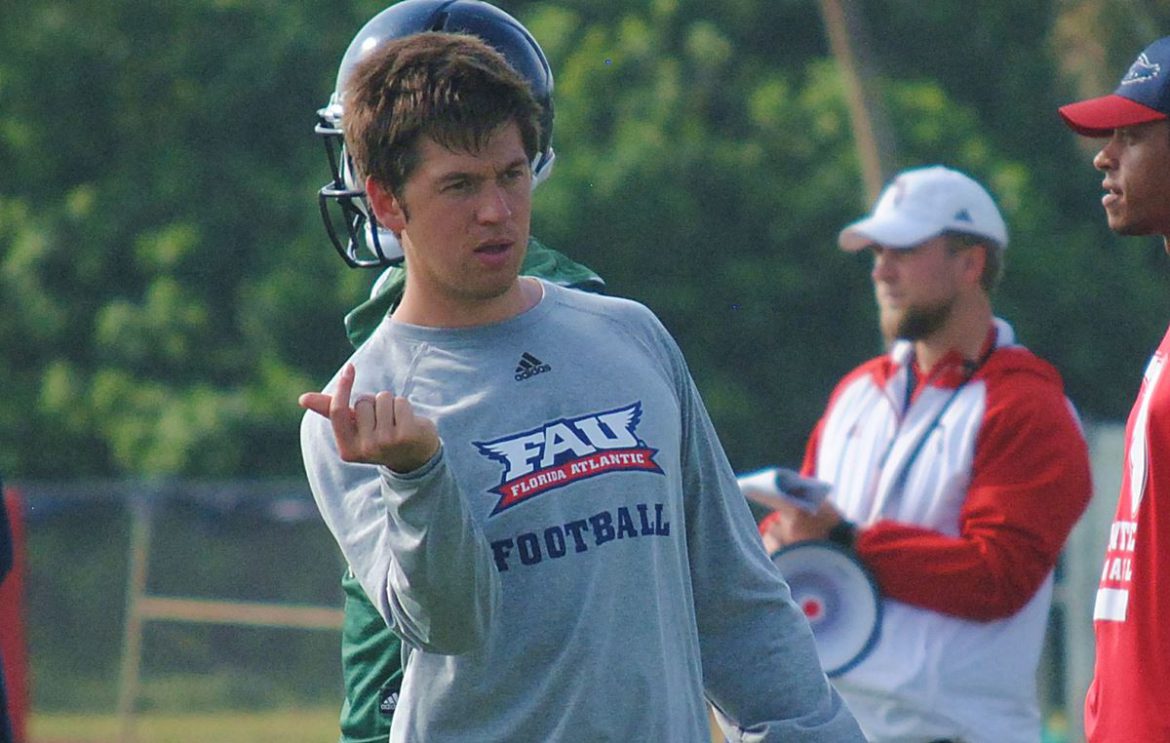 He Called It
Offensive coordinator Charlie Weis called the plays during Saturday's mock game and coach Lane Kiffin says he's leaning toward having Weis call the plays at Oklahoma.

BOCA RATON – Offensive coordinator Charlie Weis called the plays for the Owls’ offense during Saturday’s mock game scrimmage, and it sounds like he’ll retain those duties next Saturday when the games count.

“He did good,” FAU coach Lane Kiffin said of Weis’ play calls. “I would anticipate that’s the direction we’re headed.”

Kiffin and Weis created the game plan for Saturday’s scrimmage as though they were facing opening-game opponent Oklahoma, with the first two strings on both the offensive end defensive depth charts facing a scout team designed to mimic what the Sooners do.

“The game plan was done like a real game, but you’ve still got to call it,” Kiffin said.

Kiffin didn’t see enough from any one signal caller to immediately name a starter.

“I thought all three guys played well, so we’ll go back and watch it,” Kiffin said.

FAU treated Saturday’s mock game as though it were a real game, right down to staying at a team hotel on Friday night and holding the normal pregame Friday night meetings.

Kiffin hoped that approach would allow the Owls to work out some of the kinks that often come at the start of a new season, including substitution patterns, and special teams calls.

The overall effort pleased Kiffin, whose Owls open their season on Sept 1 at Oklahoma.

“Hopefully that transfers into next week,” Kiffin said. “There’s always, you see around the country first games of the year, people getting dumb penalties or substitution penalties or 10-on-the-field, so hopefully we helped ourselves today by doing this.”

The Owls even had the opportunity to practice what they would do in a delay when lightning once again disrupted an FAU scrimmage or game.

“That’s good to have so that when it does happen in a game, which can happen down here, our guys are used to it,” Kiffin said. “We have a plan about how we would stretch and restart the game.”