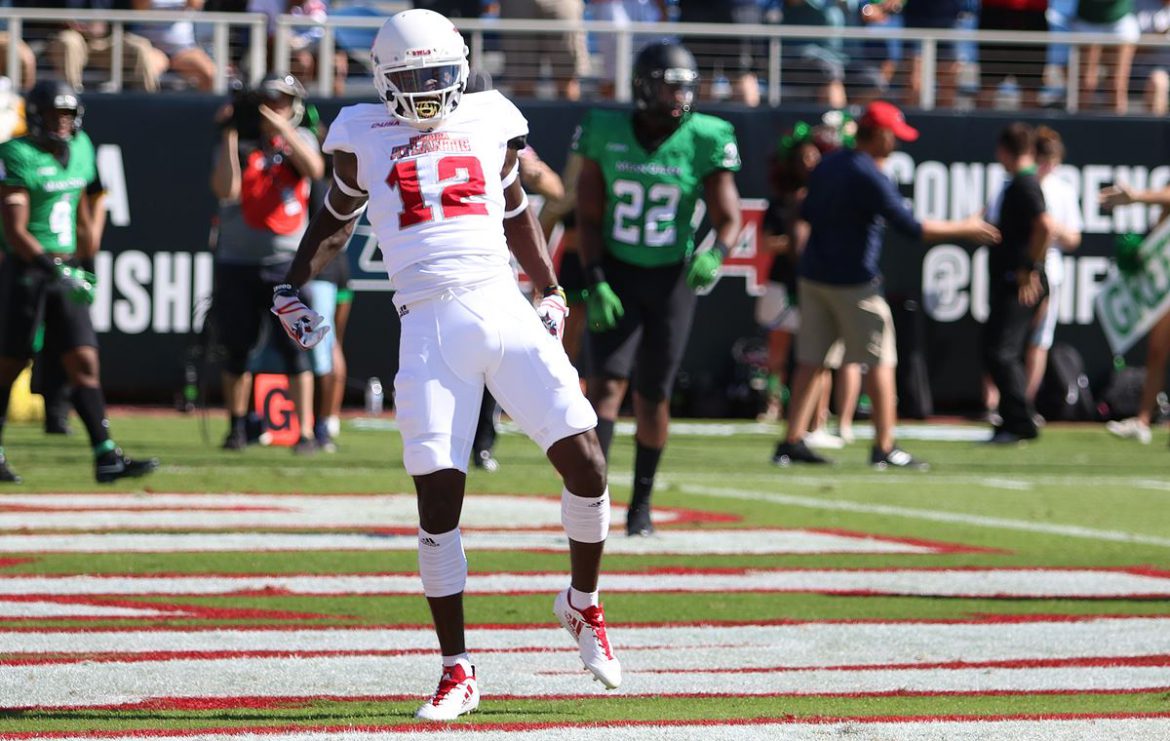 Former FAU wide receiver John Franklin will get his chance to play professionally as a cornerback.

Franklin signed with Chicago on Sunday following a weekend tryout with the Bears.

“I’m still kind of in shock about it,” Franklin said. “It’s a dream come true. I don’t think it’s hit me yet. Since the age of four it’s been a dream and I’m about to live it now.”

Franklin began his college career as a quarterback at Florida St. before transferring to East Mississippi Community College, where he starred in the Netflix docu-series “Last Chance U.”

Following a stint at Auburn, where switched from quarterback to wide receiver, Franklin transferred to FAU for his final year of college football.

During his lone season at FAU, the former quarterback caught seven passes for 95 yards and a touchdown. He also carried the ball 16 times for 242 yards and two scores. Late in the season Franklin served as FAU’s defacto backup quarterback as well.

“It makes all the hard times I’ve gone through worth it,” Franklin said.

That experience proved beneficial heading into the Bears tryout.

“It allowed me to come out and be more confident,” Franklin said.

Franklin said he broke up a couple of passes each day during the camp and nearly intercepted another that slid through his hands.

“I think I can excel greatly at this position,” Johnson said. “Once I get comfortable with it, I’ll be fine.”

Franklin won’t be the only former FAU player in the Bears’ defensive backfield when OTAs open this week. Cre’von LeBlanc is entering his third season with the Bears. Like Johnson, LeBlanc also began his professional football career as an undrafted free agent. LeBlanc first signed with New England before catching on with Chicago.

Still in Chicago, Franklin said he planned to meet with LeBlanc on Sunday night.

The Bears also intend to utilize Franklin and his sprinter’s speed as a kickoff returner.

Franklin is the third member of FAU’s 2017 senior class to sign an NFL contract. Running back Buddy Howell and kicker Greg Joseph both signed with the Miami Dolphins in the hours that followed the 2018 NFL Draft.

Da Bears
The Chicago Bears liked what they saw from former FAU WR John Franklin during his weekend tryout, signing the speedster to a free agent contract.
was last modified: May 14th, 2018 by Chuck King
May 14, 2018 0 comment
1 Facebook Twitter Google + Pinterest