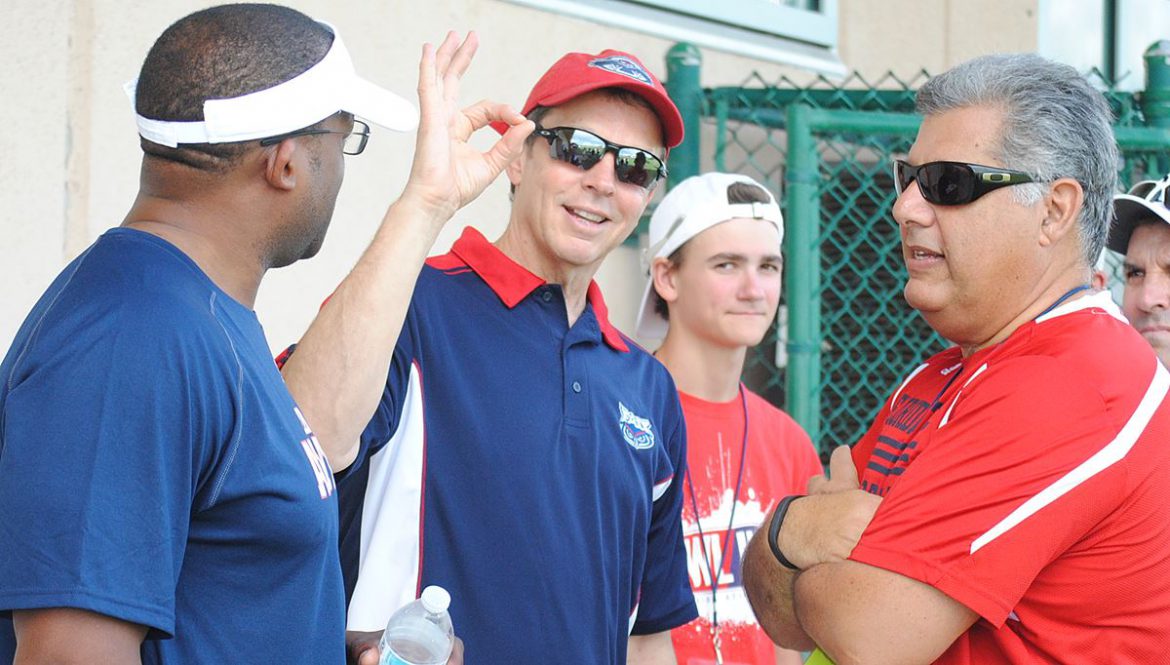 The Shula Bet
Anthony Barbar, chairman of the FAU Board of Trustees, proposed a friendly wager to his counterpart at FIU. If accepted, the loser of Saturday's Shula Bowl will be uncomfortable.

BOCA RATON – It’s Shula Bowl week and Anthony Barbar, chairman of the FAU Board of Trustees, is upping the ante.

Via a video on Twitter, Barbar challenged Claudia Puig, his counterpart at FIU, to a little wager: If FAU wins on Saturday, Puig has to wear a Florida Atlantic T-shirt to an FIU board meeting.

“It’s just fun,” Barbar said. “Raise the stakes a little bit for us.”

Puig has yet to accept Barbar’s challenge – publicly or privately.

Barbar said the idea for the wager came at the recent Florida Board of Governor’s meetings.

He first proposed the idea to Puig there and received feedback that she would accept the wager.

In his tweet directed to Puig, Barbar is holding red T-shirt with “Florida Atlantic” written in white block lettering.

He says: “I think we need to up the game for the Shula Bowl. So I wanted to issue a challenge to you. When the Florida Atlantic University Owls win on Saturday, for your next board meeting you have to wear one of these shirts and post it on social media so we know that you really wore the shirt. Hope you’re in. Go Owls.”

While the video doesn’t specify, Barbar believes he’d have to wear an FIU shirt to his next board meeting should the Panthers win.

“It would be uncomfortable,” Barbar said of that possibility.

As the chairman of FAU’s board, Barbar played a major role in bringing coach Lane Kiffin to Boca Raton. Kiffin, in turn, has FAU headed to a bowl game for the first time since 2008.

“This is what I hoped for – maybe a little faster than even I thought, but I’m a pretty optimistic guy,” Barbar said.

FIU has its own first year coach. Like Kiffin, who served as head coach of the Oakland Raiders, Tennessee Volunteers and USC Trojans, Butch Davis has significant coaching experience, including stints with the Cleveland Browns, Miami Hurricanes and North Carolina Tar Heels.

The Panthers are bowl eligible for the first time since 2011.

“I think that we both made big hires in our football coaching staffs,” Barbar said. “I think that we can both say that we have a lot to be excited about. The future looks good for both of us. It has the makings of a real rivalry.”

The Shula Bet
Anthony Barbar, chairman of the FAU Board of Trustees, proposed a friendly wager to his counterpart at FIU. If accepted, the loser of Saturday's Shula Bowl will be uncomfortable.
was last modified: November 14th, 2017 by Chuck King
November 14, 2017 0 comment
2 Facebook Twitter Google + Pinterest