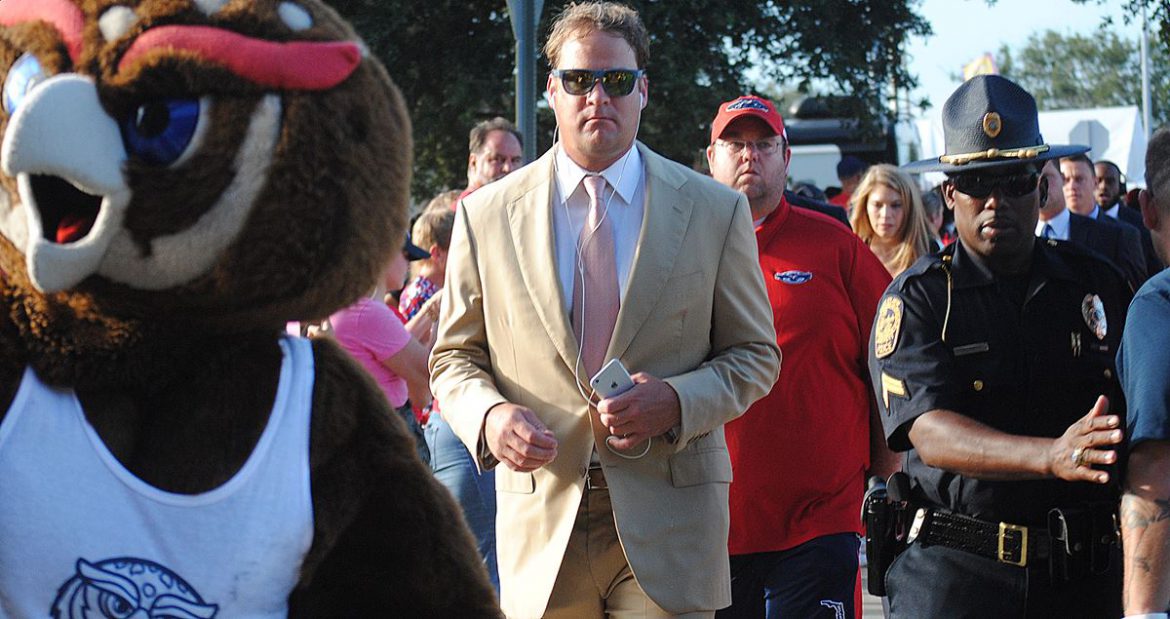 Embracing the Villain
FAU coach Lane Kiffin says he enjoys taking teams on the road and catching an earful from opposing fans.

BOCA RATON – Lane Kiffin doesn’t mind being the bad guy if it helps his teams win.

He believes if the venom from the stands is focused on him, it removes some of the pressure on his players – especially on college football’s biggest stages.

“I remember when we went to The Swamp at Tennessee, (players) are normally nervous, and then you go into the stadium and everyone’s just yelling at you, 100,000 people are just yelling at you,” Kiffin said. “What it does, to me, is the players aren’t as nervous because it takes the focus off of them and they can just go play.”

While at Tennessee, Kiffin riled up Florida fans at his introductory press conference by saying he was looking forward to singing Rocky Top all night long after the Vols beat the Gators. A few weeks later he called out then-Gators coach Urban Meyer what he said was a recruiting violation – calling recruit Nu’Keese Richardson while the former Pahokee standout was on an official visit with the Vols.

Of course, Kiffin bolted Tennessee for Southern Cal after one season, turning the Vols fans who drooled over him for taking shots at Florida against him. When Alabama visited Tennessee with Kiffin as the Crimson Tide’s offensive coordinator, Vol fans let Kiffin know that all wasn’t forgiven.

Despite all the negative attention, Kiffin enjoys taking his teams on the road.

“I kind of always have, especially as I became the villain everywhere – especially when we played Tennessee and USC,” Kiffin said. “Other coaches used to kind of laugh. They used to say, ‘It seems like you really embrace this.’”

What kinds of things would Kiffin hear from opposing fans?

Kiffin will once again be walking into a big arena on Saturday when the Owls travel to No. 9 Wisconsin, doing so for the first time as the coach of FAU.

The crowd at Camp Randall Stadium isn’t known to be particularly venomous – they are Midwesterners, after all – but there could be upwards of 80,000 fans in the stands.

Kiffin also doesn’t have a history with Wisconsin or its fans, and it doesn’t sound like he intends to stir up trouble before the game.

With Hurricane Irma threatening to strike South Florida over the weekend, Kiffin isn’t planning to take to Twitter for some good-natured ribbing,

“There’s enough really bad things potentially going on over the next week here,” Kiffin said. “I wouldn’t anticipate any of that.”