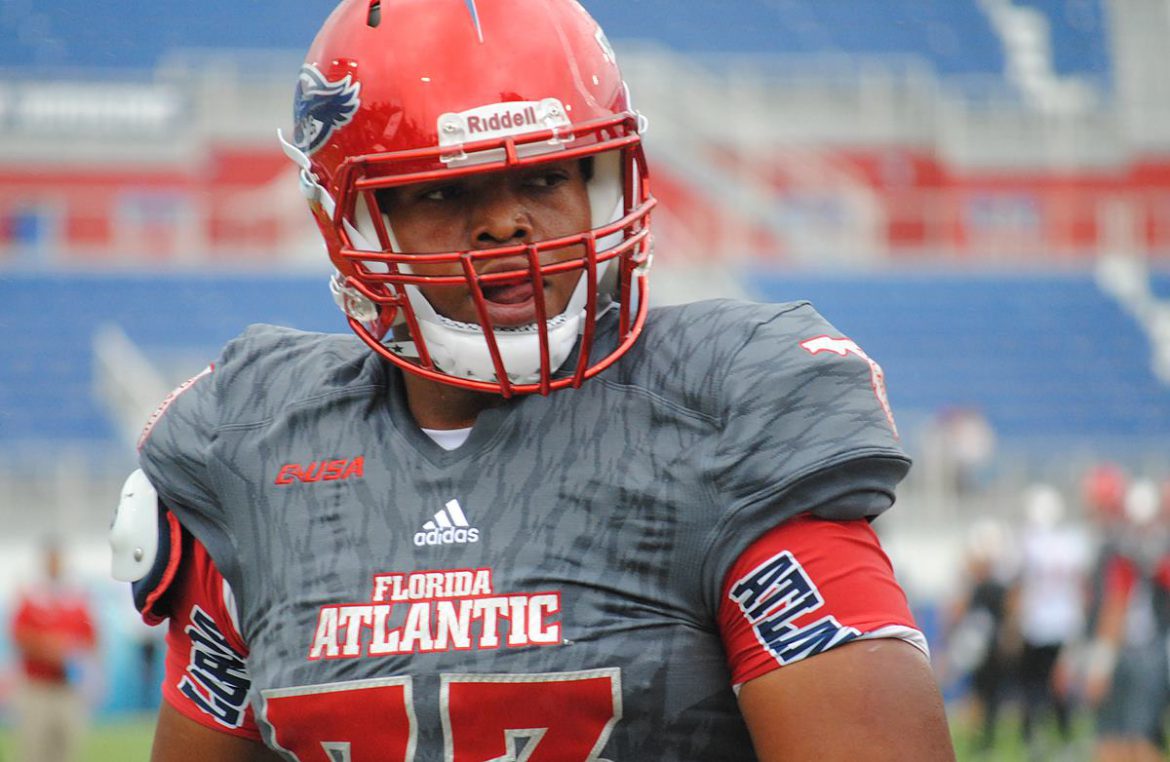 BOCA RATON – FAU offensive lineman Brandon Walton is completely recalibrating his technique as he moves from right tackle to the blind side.

But filling the left tackle spot vacated by Reggie Bain, who’s exhausted eligibility, is a move that Walton and his coaches believe he is ready for. And it’s also one that could improve his NFL prospects.

Walton needed a little convincing at first, though.

“At first I was like ‘dang, I was just getting comfortable,’ but then I realized they’re doing this because they think I can do it,” Walton said. “And so, if I really put my mind to it, I could probably be a better offensive tackle at left than I was at right.”

Considering how well he’s played on that right side, that would be saying something.

FAU coach Lane Kiffin said Walton graded as one of the most consistent players on the team over the past two seasons. It didn’t take long for Kiffin to determine Walton had that ability in him, either, recalling after his first week in Boca Raton that “he actually looks, length and movement wise, as the best NFL prospect out there.”

Moving to the opposite side doesn’t change much for an offensive lineman mentally; the play assignments are simply flipped. But the physical changes are drastic. For one, they must adjust their stance to put weight on a different leg. It may not seem like much of a difference, but it’s like a righty trying to write with their left hand.

The adjustments only multiply once the ball is snapped.

At right tackle, Walton was left-leg dominant and reacted with his right. So, on running plays, he would drive off his right leg and initiate contact, his once-anchored left leg trailing behind. On passes, however, Walton would use power from his left foot to kick slide back.

“Now, I have to generate all my energy to go backwards with my right foot, and I’ve never had to do that before, that was just kind of my run blocking foot going to the inside,” Walton said. “So, now I have to get used to using that foot to get back in my pass set and using my left foot to go down in run blocking.”

Walton is also adjusting his pass set angles now that he’s on the left side. He took a 45-degree angle on his sets at right tackle, allowing him to get his hands on a rusher relatively quickly after the snap. But he’s converting to more of a vertical – or 90-degree – set now that he’s on the left side, which means he’ll wait for a defender to get in striking distance before punching his hands.

A vertical set counteracts the more prevalent speed rushers who attack the quarterback’s blind side.

Despite his dominant play since becoming a starter in 2017, Walton’s been snubbed from first or second team All-Conference USA selections. He admitted that now he’s at left tackle, accolades like that are more likely to come because it’s the “glorified position.”

But when the spotlight increases, so does the standard of excellence. 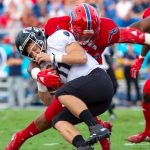 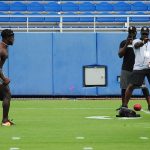