Running Report
FAU's running backs flashed at times this spring, but not nearly frequently enough to earn a high grade on their spring report card. 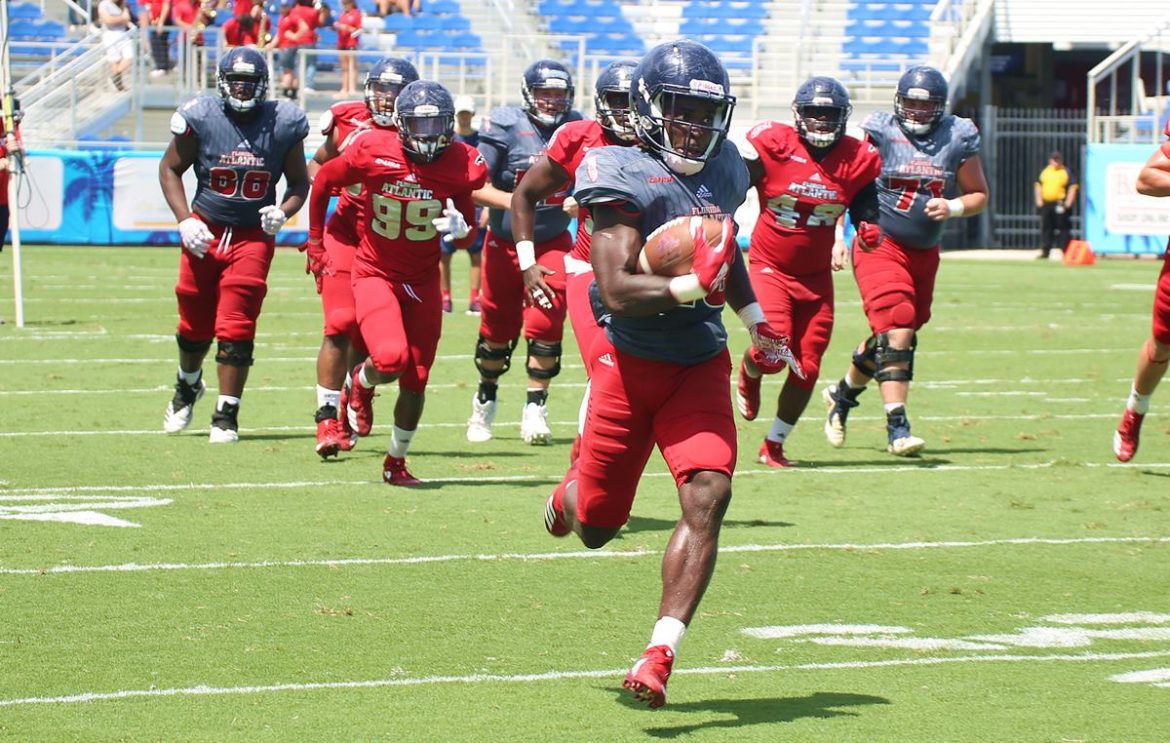 BOCA RATON – Devin Singletary and Kerrith Whyte’s early entries into the NFL Draft left FAU with plenty of questions and little proven answers in its backfield.

The Owls’ current running backs totaled a mere five carries in 2018. Two put that number in perspective, Singletary rushed for more than four times as many touchdowns, 22, as the returning backs had carries.

But despite being an unheralded unit on paper, it impressed when the line play was adequate.

B.J. Emmons, who played for coach Lane Kiffin when Kiffin was the offensive coordinator at Alabama, looked the part of the five-star recruit he was in high school. His combination of power and agility proved extremely difficult for defenders to contain.

After leaving the Crimson Tide for JUCO in 2017, Emmons committed to FAU the ensuing February but never made it to Boca Raton. He instead spent 2018 back home in Morganton, N.C. and away from football. Now that he’s back on the field, Emmons is ready to make up for lost time.

“I came here to be the best version of myself, because I know my potential, and I know I’m blessed and I got a gift,” Emmons said. “So, I’m just trying to use it to the best of my ability.”

FAU coach Lane Kiffin is a big proponent of “if you stay, you play.” And few on FAU’s roster embody that sentiment more than James Charles.

Charles, a redshirt-junior, carried the ball only three times over his FAU career but was dynamic in first-team duties this spring. That climb atop the depth chart was especially gratifying for the St. Thomas Aquinas product considering where he started.

OVERALL SPRING GRADE: B-. There wasn’t much room to run this spring, but the backs made plays whenever they were available. Guard Nick Weber developed a staph infection midway through camp, leaving redshirt-freshmen walk-on Deon Humphrey and Marquice Robinson as the right-side starters. Emmons and Charles were often met in the backfield as a result of that inexperience, making it difficult to evaluate their play. But they both popped for big plays on occasion so that gives them the benefit of the doubt.

SPRING STANDOUT: Charles. His patient and shifty running style was a perfect complement to Emmons’ one-cut, bruising game. This could have gone to either of the two backs, but Charles tallied more yards and concluded the spring working with the first team.

SPRING DISAPPOINTMENT: Not enough receiving opportunities. There’s no better way to both keep defenses honest and take pressure of an offensive line than to get the backs involved in the passing game. But FAU didn’t do that very often. Emmons and Charles looked great in the open field. Passing them the ball is an easy way to create more of those one-on-one situations.

SPRING SURPRISE: Daniel Leconte. The walk-on was excellent this spring, breaking a long touchdown run in one of the scrimmages as well as leading his unit in receptions. Kiffin compared him to Silver Saunders, who enjoyed a breakthrough spring at the position before becoming one of FAU’s best special teamers a season ago. 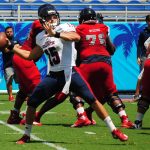