Anthony Adger’s old-fashioned three point play in the closing seconds of overtime lifted a terribly undermanned FAU squad to an improbable 73-71 victory over Illinois in Champaign.

Those three points were the final of Adger’s career-high 27 points, his third 20-point game of the season. Adger sank all nine of his free-throw attempts on the night.

FAU won the game despite the absence of three starters. Center Karlis Silins missed two of the last three Owls’ games and the timetable for his return is uncertain. Xavian Stapleton, the Owls’ second leading rebounder and third leading scorer, is battling a knee injury and hasn’t played in December. His timetable for return is also uncertain. Leading scorer Jailyn Ingram is out for the year with an ACL tear suffered three games ago.

“It was an exciting game for our young guys,” FAU coach Dusty May said. “I feel like we had some guys grow up and really compete at a high level. I thought we did a great job on the glass.”

Illinois (4-9) scored the final seven points of the first half to take a 26-21 lead at halftime.

Jaylen Sebree’s three-pointer gave the Owls a 51-42 lead with less than six minutes left in regulation. Illinois rallied to tie the game at 63 with 3.1 seconds to go. FAU had a heave at the buzzer, but the shot was offline.

The Owls and Illini swapped the lead multiple times in overtime. FAU sealed the win by holding the Illini scoreless on the final possession.

The victory sends FAU into Conference USA play with a 9-4 record.

Moving Forward: Madiaw Niang scored 12 points and grabbed 14 rebounds for his first-career double-double. …Aleksander Zecevic came off the bench to score eight points and grab four rebounds in 11 minutes of play. …Saturday’s victory over Illinois marks the second time in three years the Owls defeated a Big Ten team. The Owls downed Ohio St. in 2016 – also an overtime victory. …The victory snaps a four-game overtime losing streak for the Owls.

Falling Backward: Only two FAU players scored in double figures. …Point guard Michael Forrest returned to the starting lineup, but turned the ball over six times. …Jaylen Sebree fouled out with only five points on 2-of-10 shooting.

Key Stat: 51 – rebounds for FAU compared to only 38 for Illinois. The Owls are 8-1 on the season when they win the rebounding battle.

Up Next: FAU begins Conference USA play on Thursday at UAB. Tip-off is slated for 8 p.m. 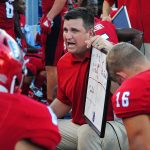 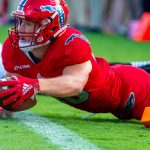