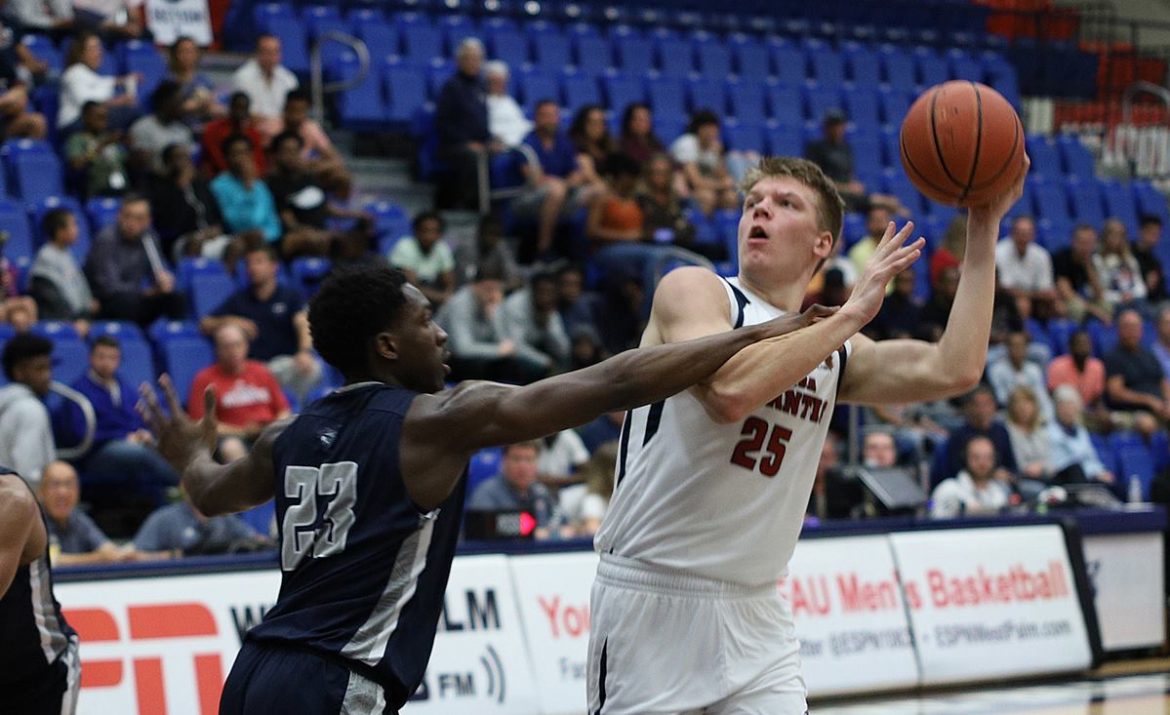 FAU center Karlis Silins has scored double digits in each of his previous two games. (Photo by Bongo)

BOCA RATON – The improved play of FAU’s front court, particularly on the defensive end, has the Owls pushing for their first 20-win season since 2011.

“Our rim protection has been much better and then our defensive rebounding been great just because of our size,” FAU coach Dusty May said.

FAU begins Conference USA pod play on Saturday with a 4 p.m. tipoff against FIU. The Owls are guaranteed at least five more games this season. Win four of them and FAU reaches the 20-win plateau.

Four weekends ago FAU split a weekend series with FIU, each team winning on the road.

Since then the Owls turned up the defensive pressure. In three of their past four games the Owls held their opponent under 50 points. FAU hasn’t scored more than 75 points since dropping 89 in the victory over FIU.

The improved play of Karlis Silins, Aleksander Zecevic and Simeon Lepichev has May employing bigger lineups more often than he expected.

“We’re trying to get guys who are playing well more minutes,” May said, “And when you play two bigs the spacing on the floor is not as good. You don’t get as many quick threes or open threes.”

As well as the Owls’ front court is playing, the play of FAU’s back court could be what determines Saturday’s outcome. 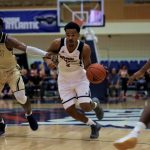