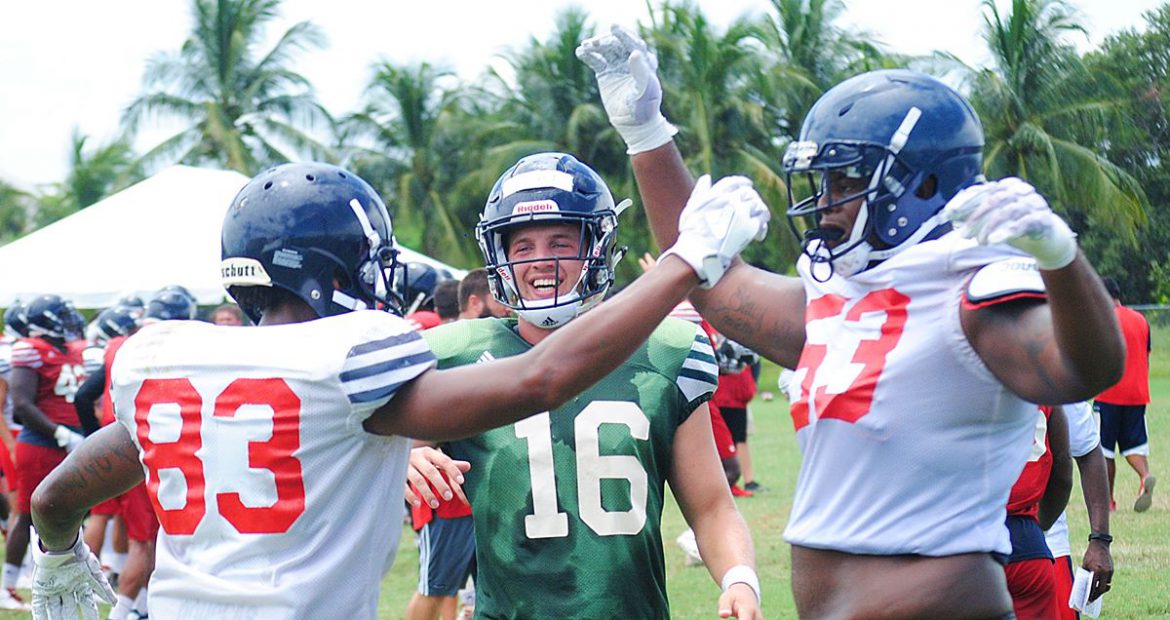 BOCA RATON – Upon transferring to FAU, quarterback Rafe Peavey already understood that he could turn to running back Devin Singletary when the Owls needed to pick up tough yardage.

What he didn’t expect was that he could lean on the Heisman Trophy candidate to help learn the quarterback position, too.

Peavey, who jumped from SMU to FAU last week, still experiences the kinds of stumbles expected from a quarterback learning a new system packed with different terminology.

However, when the Owls ratchet up their offensive tempo to its highest level – like in the two-minute drill, where experience often allows quarterbacks to make snap decision as though they are second nature – Peavey seems kick his game into high gear.

More often then not these first few days, the two minute offense moves the ball with Peavey behind center. An offense that has looked ragged at times throughout practice suddenly flows smoothly.

And even though Singletary and the running back unit aren’t carrying the ball during the two-minute drill, Peavey says Singletary and the backs drive the offense faster by calling pass protections as the sideline calls the plays.

Peavey began his career at Arkansas before transferring to SMU, then FAU. This is the first time in his college career that he’s played with running backs so in tune with pre-snap reads.

“I’ve never had a back back there that knows what to do like that,” Peavey said. “It’s pretty awesome.”

None of the three appeared to distance himself during Saturdays scrimmage, FAU’s first of the fall.

After reviewing the video, Peavey dinged himself for missing some reads and other assignments, but said coaches are pleased with his progress.

“I think so far they are pretty encouraged by how far I’ve been able to come in just a short amount of time, just being able to pick up things quickly,” Peavey said.

Johnson also felt encouraged by his performance on Saturday. Playing primarily with the starting unit, Johnson says a better command of the offense allowed him to be more comfortable at the line of scrimmage.

Johnson tossed one TD on Saturday, while Peavey and Robison both threw two. The Owls enjoyed the most running success with Johnson behind center. All three quarterbacks flashed big play potential during the scrimmage and again at Monday’s practice, but the trio also made their share of mistakes.

McFOCUSED: Wide receiver DeAndre McNeal admitted off-the-field events caused him to lose his focus on football last season. “I kind of mentally checked out last year,” McNeal said. “I was going through some things and what not. Now all those are behind me. It’s in the past.”

Last season 11 of McNeal’s 23 catches on the season, and both touchdowns, came in the first three weeks. McNeal’s re-dedication to football in this his senior year was tested early. A car accident limited McNeal during practices earlier in camp but doctors cleared him last week for full participation.

RAISING KAIN: After being a non factor throughout most of last season and the spring, former Florida St. defensive end Kain Daub is starting to resemble the prized recruit people thought he was coming out of high school. Taking some snaps with the first team at defensive end on Monday, a noticeably trimmer Daub recorded a couple of sacks and batted down a pass at the line of scrimmage. “Kain looks good,” said Johnson, who’s played with Daub off and on since middle school. “Kain looks like the old Kain from back in high school.” It’s unlikely that Daub can surpass Hunter Snyder on the starting unit, but for the first time since his arrival, it’s easy to envision Daub playing significant snaps. 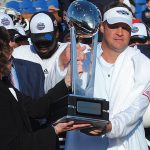 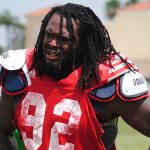