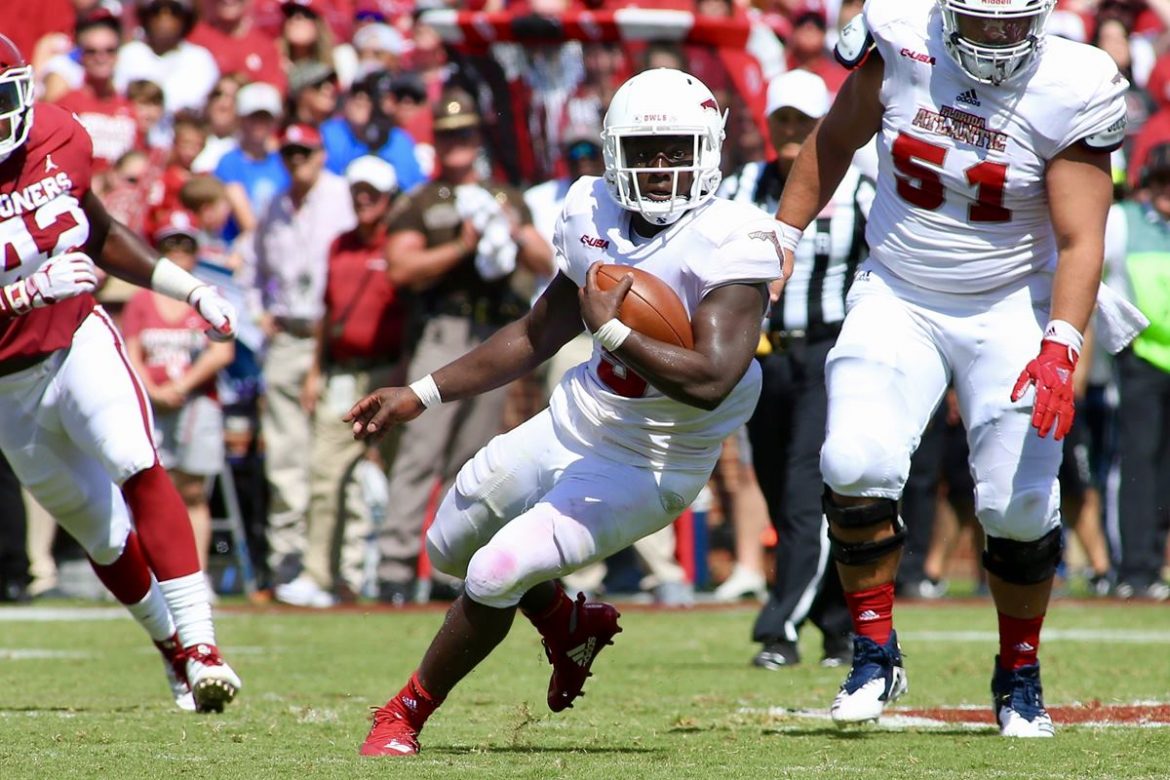 If Devin Singletary began the season as a dark horse candidate for the Heisman Trophy, whatever light he enjoyed was almost certainly extinguished on Saturday.

Not known for its defense, No. 7 Oklahoma limited Singletary to 69 yards on 18 carries in a 49-point victory over FAU in the season-opener for both teams. The back known as “Motor” didn’t log one carry after his five-yard touchdown run late in the third quarter.

“We just got outplayed, that’s all it was,” Singletary said.

Singletary led the nation by rushing for 32 touchdowns in 2017 – the third highest total ever in a single NCAA season. His 1,920 yards ranked third, nationally.

His performance as a sophomore prompted FAU to erect billboards along I-95 with Singletary’s photo on it proclaiming “Heisman in Paradise.”

But non-Power Five players rarely receive recognition for national end-of-the-year honors. Those who do can almost always point to at least one outstanding performance against a Power Five program. Saturday was Singletary’s only real chance to do that.

He did dazzle on a few early runs, leaving some Oklahoma defenders diving at air, but Singletary needed to to eclipse the 100 yard plateau on Saturday, and he didn’t come close. He needed a couple of touchdowns, but only scored once.

Singletary did catch one pass out of the backfield, a 13-yard gain on fourth down that kept his touchdown-scoring drive alive, but like the rest of the Owls he came up short on Saturday. He couldn’t win the Heisman Trophy on Saturday, but he could eliminate himself from contention. With FAU’s 63-14 loss, that’s exactly what happened.

“Obviously you can’t let one game define your season,” Singletary said. “We’re going to learn from it. We’re going to digest it and keep moving forward.”

TURNING POINT: Really, fans learned all they would need to know even before the first snap, when officials penalized the Owls for delay of game. FAU looked ragged and ill-prepared in all three aspects of the game and never really managed to get rolling.

4 – Catches covering 57 yards for FAU WR Pico Harrison, who surprisingly got the start for FAU. The yards led FAU’s receivers, while the catches tied with Jovon Durante and Willie Wright for the most among Owls.

6 – Penalties committed by FAU in the game, all of them coming in the first half.

9 – Tackles by Rashad Smith to lead the Owls.

15 – Kickoff return yards by linebacker Akileis Leroy. The upback fielded a short kick for the lone FAU kickoff return of the game, so he officially leads FAU in kick return yardage.

UP NEXT: FAU welcomes Air Force to Boca Raton on Sunday for the Owls’ home opener. Kickoff is scheduled for 2:30 p.m. 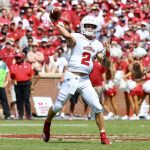 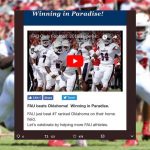