Making the Leap
After missing all of last season following back surgery, John Mitchell is arguably enjoying the best start to fall camp of any FAU wide receiver. 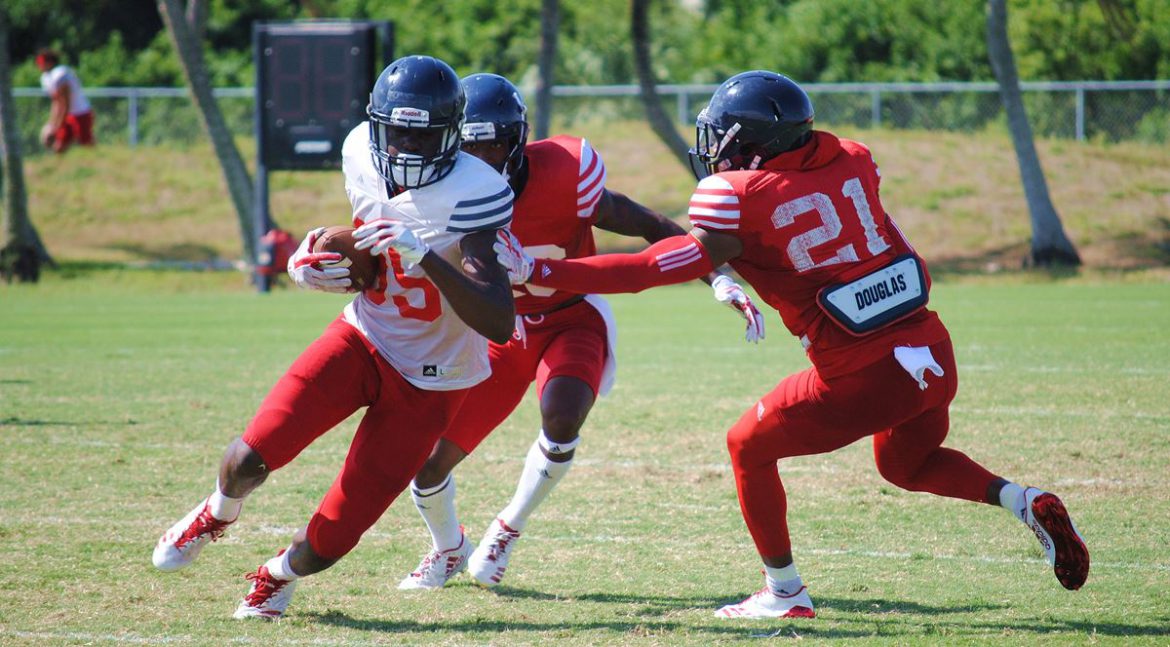 BOCA RATON – At 6-foot-4 and 220 pounds with speed to burn, John Mitchell has the physical tools of a red zone phenom.

To turn that potential into on-field fruition, the junior receiver knew he had one thing to do: focus.

“Sometimes I get kinda scatterbrained when I’m on the field, thinking about too many things,” Mitchell said. I just have to focus on what I’m supposed to do.”

After showing flashes as a true freshman in 2016, catching six passes for 62 yards and a touchdown, Mitchell missed the following season after suffering a back injury in fall camp that required surgery. One year later, he has worked himself back into a prominent role in the offense, getting more comfortable with each passing day.

While he said his strength and speed have returned to early career form, the most important part of his comeback was learning to block the noise of those doubting it would happen.

“You’ve got to clear your mind and just play, you know?” Mitchell said.

Mitchell has been one of the shining stars of FAU camp thus far, springing free on crisp deep routes and high pointing the ball over any of the ill-fated defensive backs guarding him.

In his eyes however, there is still room for improvement.

“I like to see myself as a tough guard, but I also think potentially I could be a lot better than I am.” Mitchell said.

With the losses of 6-3 Kalib Woods and 6-2 Kamrin Solomon, FAU’s receiving core is devoid a big bodied red zone receiver heading into the season.

Mitchell is set on filling that role.

“Oh yeah, of course.” Mitchell said of being FAU’s go-to goal line target. “You see big wide receivers in the league or even in college football and you think: jump ball, right now, you know what I’m saying? And that’s something that I really — in high school I prided myself to be like one of the best at that, and I’m still improving. There’s a lot to work on but I definitely see myself as a red zone target.”

If Mitchell can carryover his early camp success in the painted area to the regular season, he will be a perfect complement to an FAU pass catching group that is primarily constructed with speed guys Willie Wright, Jovon Durante, and DeSean Holmes.

His growth from the spring to the fall has been immense, yet Mitchell sees an even bigger leap in his game on the way.

“It’s not even that I see myself as that kind of player yet, it’s that I want to be that kind of player.” Mitchell said. “I haven’t done as much as I should have when it comes to the jump ball, but I think by the end of camp I should be doing that like it’s nothing.” 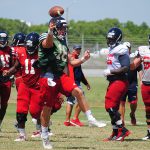 The Allure Of Kiffin 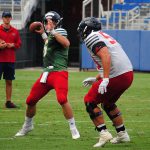