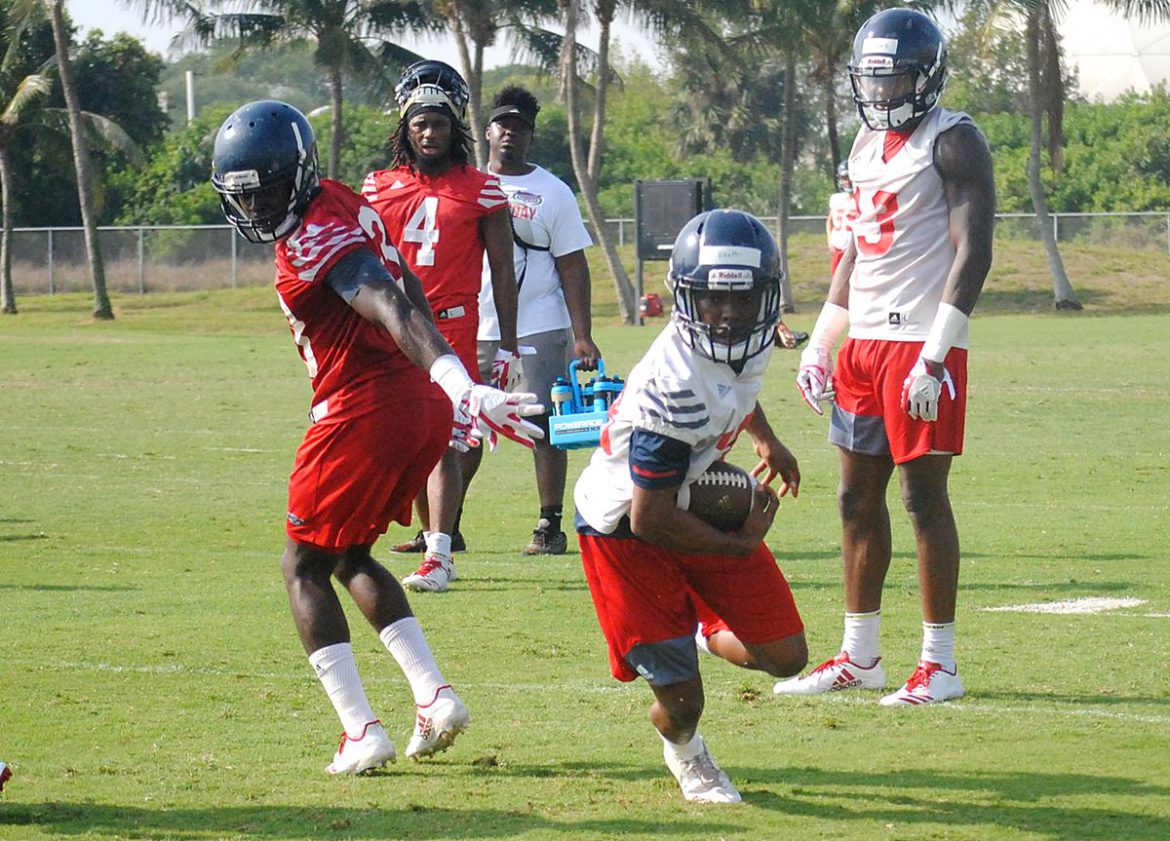 BOCA RATON – FAU added a recognizable name to its roster prior to Tuesday’s start of spring practice.

Errict Rhett Jr., son of the former NFL running back with the same name, joined the Owls in the spring semester.

A running back at Davie-Western and Cooper City high schools, Rhett played wide receiver for FAU on Tuesday.

The elder Rhett was a star running back for the Florida Gators in the 1990s before embarking on a seven-year NFL career that included stints with Tampa Bay. Baltimore and Cleveland.

A guard by nature, Thomas has minimal experience snapping the football, and it showed on Tuesday. Like Woods last year, Thomas fired several wayward snaps.

“We’ll have to fix that,” coach Lane Kiffin said.

Richard Williams, the Owls backup center last season, was not present at practice. The reason for his absence is unclear.

“He made a lot of plays out there,” Kiffin said. 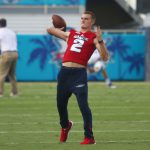