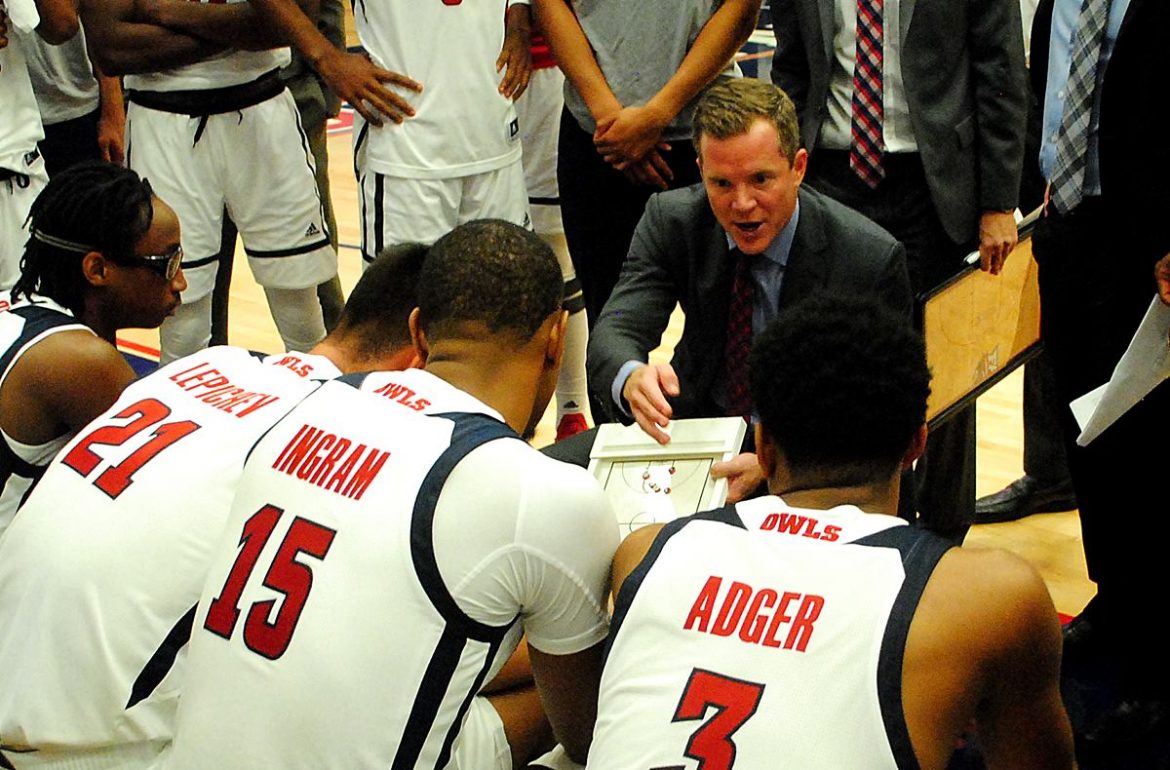 FAU coach Dusty May gives instructions to the Owls during a timeout against Florida Tech. (OwlAccess.com photo)

BOCA RATON – Seizing on an opportunity created by, of all things, England’s Brexit issues, Florida Atlantic plans to show that Boca Raton’s beaches are the perfect destination for a holiday college basketball tournament.

On the first two days of December FAU will be the site of the Boca Raton Beach Classic, an eight-team college basketball gathering of some of the more prominent mid-major basketball programs.

FAU will welcome Illinois-Chicago, Hofstra, Mercer, Canisius. San Diego, St. Bonaventure and Holy Cross to Boca Raton. Each team will play two games, one on Dec. 1 and another the following day.

The tournament will be divided into two four-team mini-brackets. The Owls will open the tournament against UIC, who went 16-16 last season. Should the Owls win, they will face the winner of the San Diego-St. Bonaventure game in the Hall of Fame bracket’s championship game.

FAU will play an additional regular season home game on Nov. 29 against Holy Cross  and face Canisius on Dec. 4, two teams in the tournament but not in FAU’s bracket.

All games will be played on campus at The Burrow.

Nearly all of the teams in the Boca Beach Classic originally pledged to play in the Hall of Fame Tournament, scheduled to be played in Northern Ireland. With England’s plan to withdraw from the European Union raising potential travel, currency and business concerns, the Hall of Fame elected to scrap that tournament.

At that point FAU proposed holding the December tournament in sunny South Florida, an idea that appealed to most teams. Lane Kiffin and the Owls conclude their regular-season football schedule at home against Southern Miss the day prior to the start of the Boca Beach Classic.

FAU is coming off a basketball revival under first-year coach Dusty May. At 17-16, the Owls finished above .500 for the first time since 2011, earning a big to the College Insiders postseason tournament.

During the offseason the Owls received a $3 million gift toward much-needed renovations to The Burrow that included renaming the floor Abessinio Court.

The Owls are expected to announce their full 2019-20 basketball schedule in the coming days. 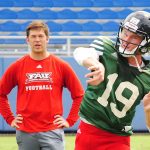 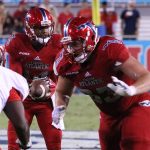