Bludgeoned
FAU plays poorly in all three phases, gets blown out by Oklahoma in season opener. 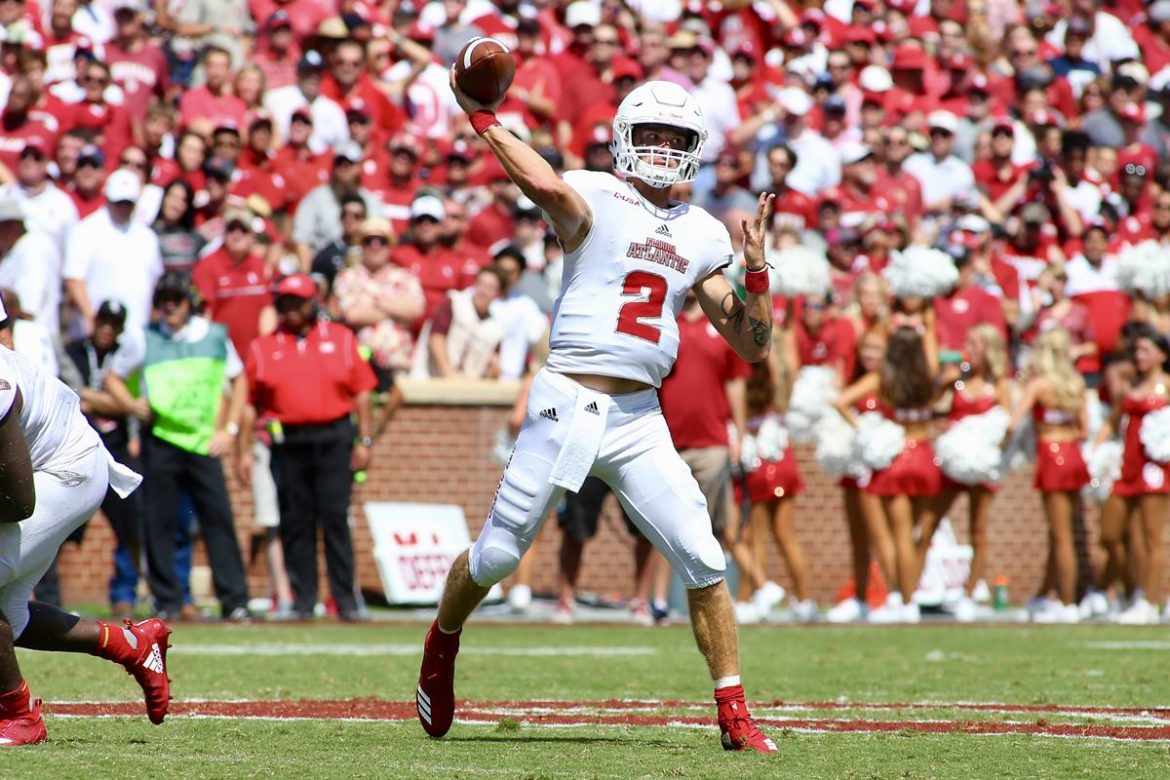 Chris Robison drew the start at quarterback for FAU against No. 7 Oklahoma. (Nine Digit Media photo)

Nine months of high expectations for FAU football collapsed with 15 minutes of poor play which kept the Owls from ever truly testing No. 7 Oklahoma in a 63-14 Sooner blowout.

On the verge of its first Top 25 ranking and a trendy Week 1 upset pick, FAU didn’t give the Sooners much of a game.

Oklahoma scored touchdowns on its first four offensive possessions and added another by recovering a blocked first-quarter punt in the end zone.

Lane Kiffin didn’t announce that redshirt freshman Chris Robison had won the three-way starting quarterback battle until minutes before kickoff. It didn’t matter much to Oklahoma who played quarterback.

The Sooners led 28-0 after the first quarter and 42-0 at the half. FAU didn’t find the end zone until late in the third quarter when Oklahoma led 56-0.

Devin Singletary led the nation last season with 32 rushing touchdowns, third most in a season in NCAA history. Singletary notched his first score of 2018 on a five-yard run around the right side of the line. Being promoted as a Heisman Trophy candidate, Singletary managed only 69 yards on 18 carries.

Officials called FAU for a delay of game penalty before the first snap of the game. Ragged play only grew worse from there.

“We didn’t play very well in any of the three phases of the game and we didn’t look good either,” Kiffin said. “We looked unorganized.”

Oklahoma accepted six FAU penalties in the first half and declined several others.

“This was all about tackling,” Kiffin said. “We tacked extremely poor the entire game.”

Kyler Murray, winner of Oklahoma’s quarterback battle, found his day complete before halftime, having thrown for 209 yards and two touchdowns on 9-of-11 passing.

“The guy made play after play,” Kiffin said of Murray. “Thank God they took him out.”

Robison, who began his career at Oklahoma before being dismissed by the Sooners following his arrest for public intoxication, completed 15 of 26 passes for 157 yards.

He marched into Oklahoma territory on the Owls’ first drive of the game, but FAU’s third penalty of the possession halted the drive, forcing a punt.

“We didn’t do a lot to help Chris around him,” Kiffin said. “He did some good things and he did some bad things.”

Rafe Peavey replaced Robison after the Owls’ first score and completed his first two passes before tossing an interception.

Afterward Kiffin didn’t commit to sticking with Robison as the starter moving forward.

“About the only good thing out of today was that all three [quarterbacks] did get to play,” Kiffin said.

FAU returns to Boca Raton for its home opener on Saturday against Air Force. 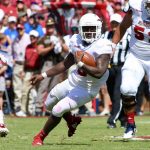