Youth rush
Unlike last year, FAU won't have to rely heavily on true freshman early in the season. However, a group of youngsters, led by two running backs, are showing that they are ready to play regardless of need. 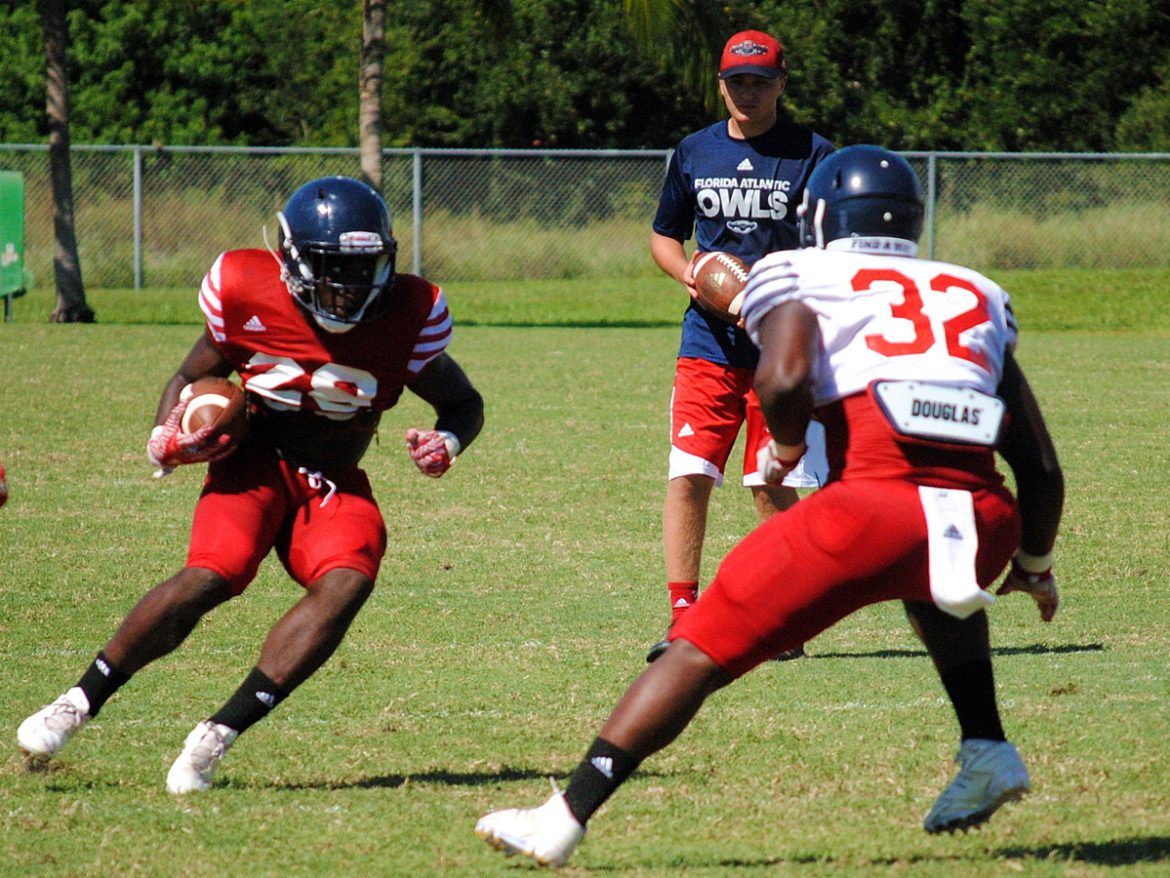 BOCA RATON – Two running backs are among the freshman making strong pushes toward early playing time for this fall for FAU.

Owls’ coach Charlie Partridge listed both James Charles and Devin Singletary among the seven newcomers who have impressed this fall.

Both running backs have consistently broken long runs over the past week.

With Buddy Howell entrenched as the Owls’ lead back, Jay Warren serving as 1A to Howell’s 1, and both Marcus Clark and Kerrith Whyte making explosive plays mostly in third down situations, FAU’s backfield is crowded.

Partridge said he normally dresses from four to six running backs per game, depending on how many of the backs appear on special teams.

In that structure, both Charles and Singletary could be in uniform for the Owls’ Sept. 3 opener against Southern Illinois. Both could also play in that game without sacrificing their redshirt year. Players are generally allowed to appear in the first three games, sit the remainder of the year, and still claim a redshirt.

Both Singletary and Charles came to FAU as coveted recruits. Singletary had been committed to Illinois before pulling a Signing Day surprise and choosing the Owls. Charles, who played last season for the high-profile Fort Lauderdale-St. Thomas Aquinas program, committed to FAU earlier in the recruiting period.

Wide receiver John Mitchell and offensive lineman Brandon Walton join Charles and Singletary as freshman who are close to securing early playing time on offense, Partridge said. Mitchell and Walton have both been practicing with the second team for the past week.

On the defensive side, following the loss of Ray Ellis the Owls figured to need at least one of their freshmen defensive tackles to play early. Performance dictates that they will likely employ both Kevin McCrary and Will Davis.

“The two D-tackles, and we need them to, but to their credit they’re getting so much better so quickly that they probably would be in the mix regardless of where the depth chart is,” Partridge said.

FAU coaches expect to get a good long look at the freshman during a scrimmage on Saturday at Howard Schnellenberger Field that is closed to the public. A good portion of the scrimmage will feature live contact.

“We won’t make all our decisions but we’ll get closer to it after Saturday,” Partridge said.

Youth rush
Unlike last year, FAU won't have to rely heavily on true freshman early in the season. However, a group of youngsters, led by two running backs, are showing that they are ready to play regardless of need.
was last modified: August 27th, 2016 by FauOwlAccess
0 comment
0
Facebook Twitter Google + Pinterest 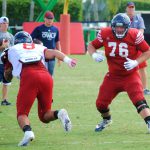 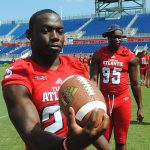