Wide Open
We continue our Five Questions for Spring series by examining a wide receiver unit that is shockingly thin and continues to lose players. 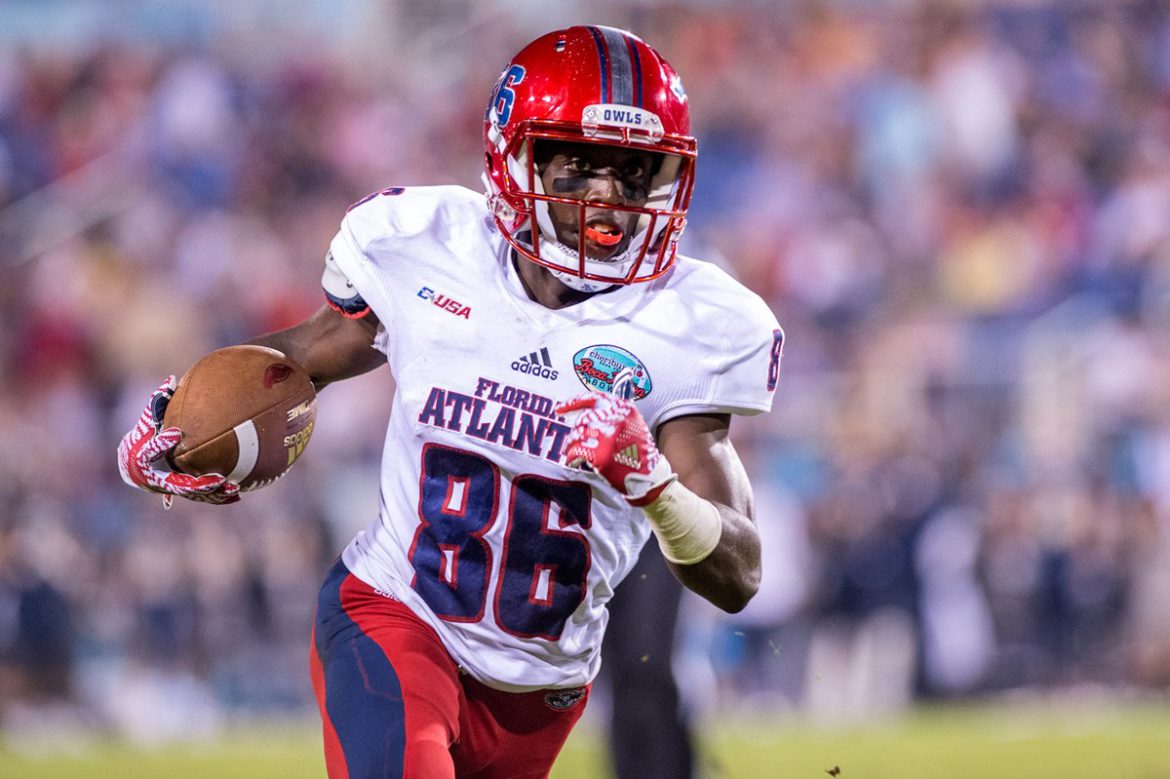 BOCA RATON – If the quarterback competition is the most intriguing of FAU’s spring practice, the wide receiver battle may be the most dire. What once appeared to be a position of strength for the Owls is suddenly one of their biggest positions of need.

FAU football begins its spring football practice, the third under coach Lane Kiffin, on Tuesday. Leading up Tuesday we’re asking the five questions we most want answered by the close of spring. We began by examining the FAU QB battle, before shifting our attention to the suddenly unproven running back position. Now we’ll pose a question that likely won’t be answered until the start of the 2019 season – and maybe later.

Who Will Catch The Ball?

Leading receiver Jovon Durante had another year of eligibility remaining. Slot receiver Willie Wright would return. Auburn transfer Kyle Davis would be eligible. It shaped up to be a fun spring.

Now it’s hard to tell what to expect.

Durante declared early for the draft. Davis essentially flunked out of school, electing to sign with the CFL.

FAU attempted to mitigate the losses during the early signing period by signing Adrian Bryant, but the College of the Sequoias wide out left school and isn’t expected back.

Two other receivers, DeAndre McNeal and DeSean Holmes, along with D’Anfernee McGriff who began his FAU career as a wide receiver but practiced mostly with the tight ends last season, entered the transfer portal.

When spring practice starts on Tuesday, no position will be thinner than wide receiver.

Wright and his 46 receptions from 2018 are back. Pico Harrison returns bringing 46 catches from last year with him. The next most experienced wide receiver, John Mitchell, only caught six passes last season. Wright is the only receiver on the spring roster who caught a touchdown pass last season.

In February FAU signed a slew of players who could fill the void at wide receiver to commitment contracts, but many of them have to fulfill academic requirements. And even then they won’t be in Boca Raton until summer.

In Harrison Bryant and John Raine FAU has two good tight ends. Will this become the spring of Lane Kiffin and the two tight end set at FAU? 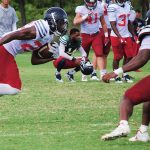