What Would Tebow Do?
FAU second string QB Nick Tronti prepared for Saturday's first meaningful snaps of the season by reviewing highlights of Tim Tebow. 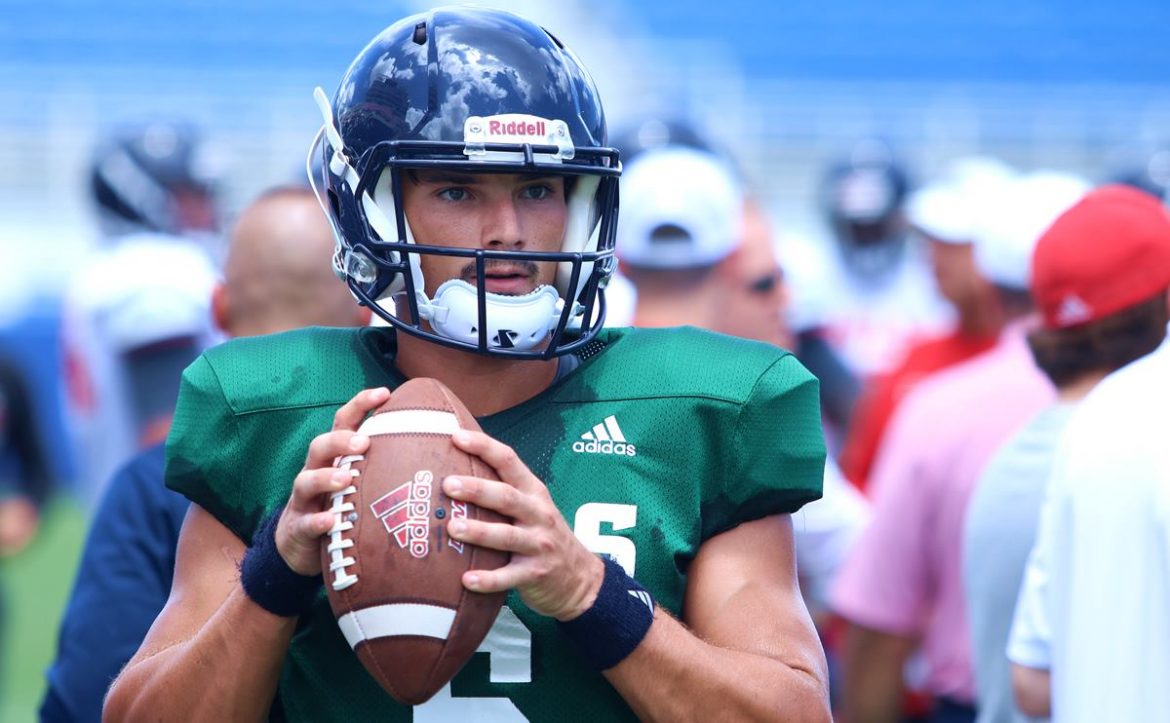 “I was watching his college highlights last week,” Tronti said. “He was an unbelievable player. Really fun to watch. I think he was one of the best college players to ever do it.”

During his first meaningful action of the season, Tronti first entered the game for the opening plays of the second quarter and looked Tebow-esque at times. Call it Tebow Light.

Running something akin to a wildcat package devised by coach  Lane Kiffin and his staff, Tronti carried the ball eight times for 38 yards and completed his lone pass attempt for nine yards.

“I came to practice last week and they had a game plan put in place for it,” Tronti said. “I just went along with it and didn’t say anything about it.”

Like many young aspiring quarterbacks, Tronti grew up admiring Tebow. Unlike most, he actually knew Tebow, who played little league baseball on a team with Tronti’s older brother.

“He was someone I always looked up to,” Tronti said “A big role model for me.”

Though he’s reviewed Tebow’s highlights many times, Tronti couldn’t help but watch them again in preparation for the Charlotte game.

“He’s a lot bigger than I am,” Tronti said. “I don’t think physically I’m like he is but I try to play with the same kind of competitive nature that he has.”

Tronti’s handful of snaps afforded starter Chris Robison a chance to view Charlotte’s offense from a different perspective – the sideline.

“It does definitely help me when I get back on the field,” Robison said.

Robison enjoyed his third consecutive game with more than 300 passing yards in the Owls 45-27 victory over the 49ers.

His ground prowess isn’t as impressive. With yards lost on sacks counting against his rushing totals, Robison’s accounted for minus 60 yards rushing this season.

“I’m obviously not doing too well at that,” Robison said. “He’s really good at running the ball. Whatever helps the team win, I’m all about.” 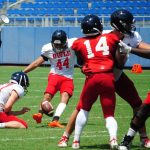