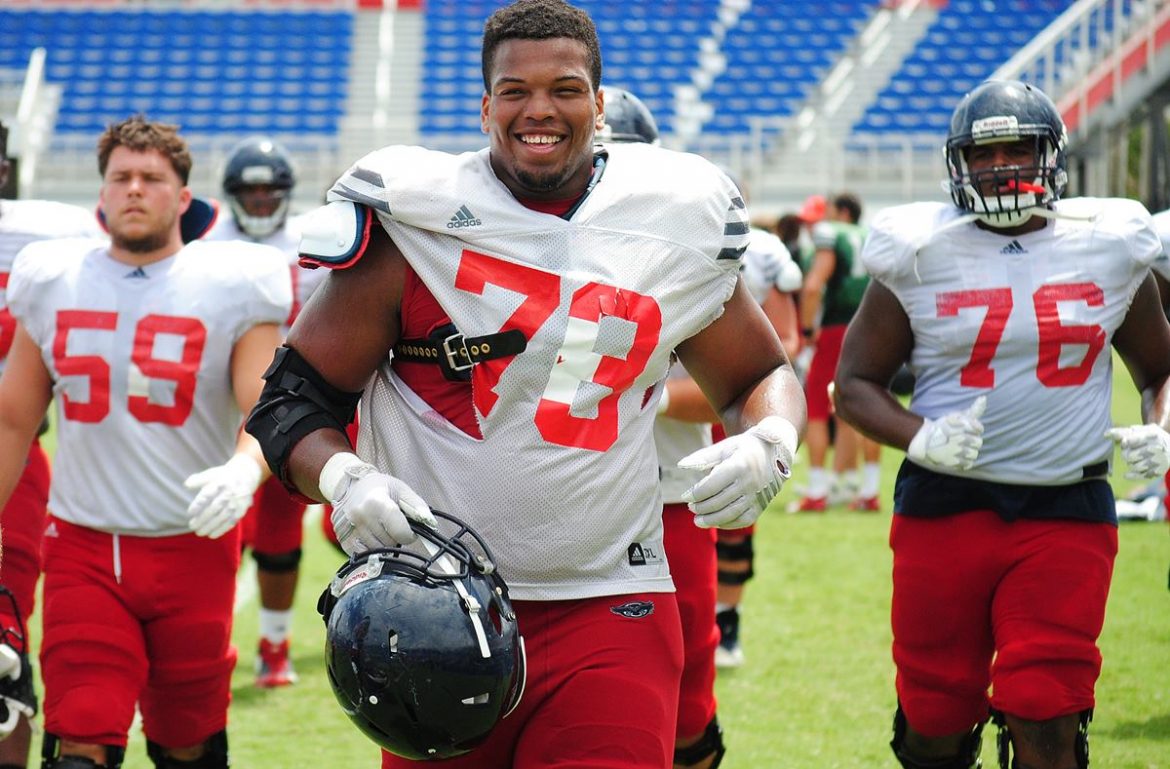 BOCA RATON – One of FAU’s biggest priorities this spring was solidifying the left tackle spot vacated by Reggie Bain, a multi-year starter who exhausted eligibility.

Brandon Walton checked that off as quickly as he moves feet in pass protection.

Displaying the same physicality and technique-savvy that made him a force at right tackle, Walton moved to the left side and was a natural. Now he’s adjusting to the added pressure the position brings.

Walton’s move created an opening at right tackle, which redshirt-freshman Marquice Robinson filled. The Decatur, Ala. native moved well in the run game for a 315-pounder, but still needs to refine his pass set to be a full-time starter.

Junior Diaz, who came from Tulane as a graduate transfer last season, was back at center after receiving a sixth year of eligibility from the NCAA.

And that was arguably FAU’s biggest win of the offseason. Diaz is the only projected interior starter with two-plus years of game experience, so his ability to identify blitzes and communicate line calls would have been severely missed.

B.J. Etienne and Nick Weber began the spring flanking Diaz at left and right guard, respectively. But only the former finished there.

Weber missed the latter half of spring camp after developing a staph infection. It was unfortunate timing for the Stoneman Douglas alum, as he was coming off a strong finish to the 2018 season.

A fellow redshirt-sophomore, Deon Humphrey, took Weber’s spot while he was out. And while Humphrey had good moments, the line play overall began slipping once Weber’s injury forced FAU to shuffle its depth chart up front.

OVERALL POSITION GRADE: C+. There were some miscommunications in blitz pickups, lack of movement in the run game and botched snaps that can’t be ignored. But a lot of those issues will be remedied once FAU gets Weber back and JUCO transfer Lavante Epson gets more comfortable in the offense. Former Auburn Tiger Calvin Ashley might also bolster FAU’s line after transferring via the transfer portal in March. FAU expects Ashley to be eligible immediately. If so, he’ll slide into the tackle spot opposite Brandon Walton.

SPRING STANDOUT: Walton. The 6-5, 305-pounder quickly found his comfort zone on the left side and was an absolute roadblock for opposing rushers. Walton’s been the team’s most consistent lineman for two seasons now and that carried into this spring.

SPRING DISAPPOINTMENT: Handling stunts was an issue. When opposing defensive ends and tackles looped into each other’s gaps, the offensive line struggled to stay disciplined in its assignments. The result: some ugly-looking plays where rushers had free runs to the quarterback.

SPRING SURPRISE: Epson not moving to the first team after Weber went out. He was the second-string right guard before Weber’s medical issue, but was leapfrogged by Humphrey on the depth chart after it. It was probably a case of Epson needing to get acclimated to the playbook, though it would have been interesting to see him work alongside the rest of the starters. 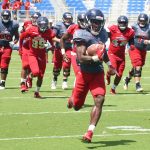