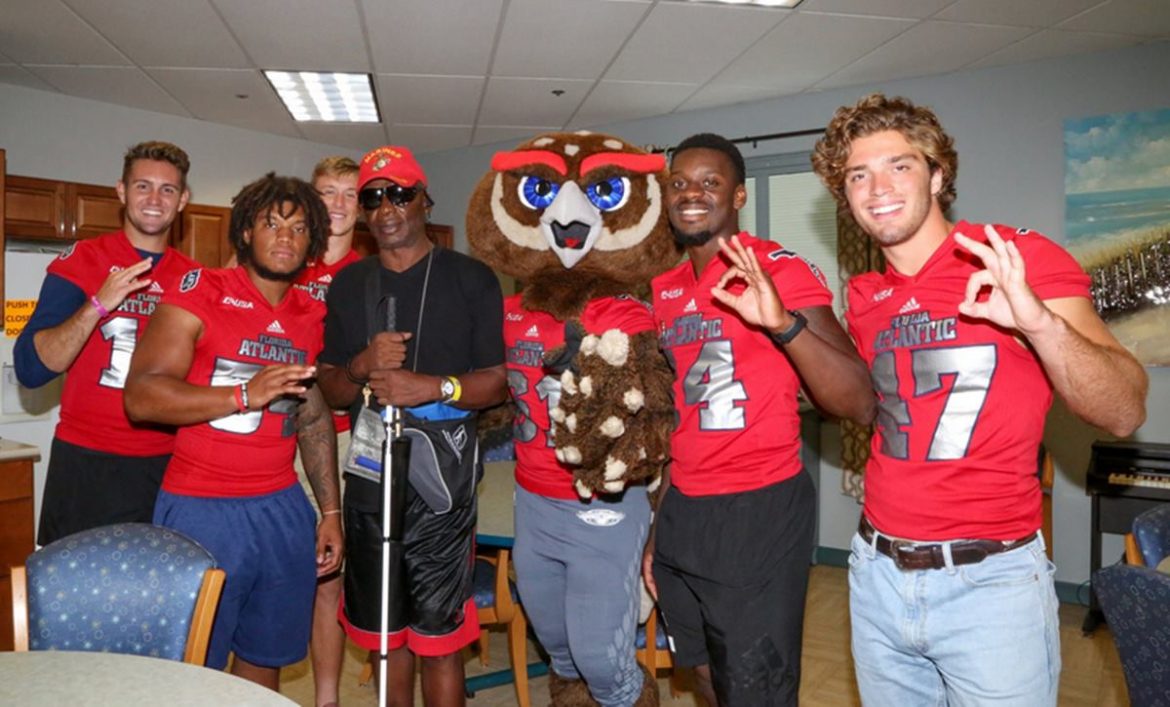 “After a tough loss like that Saturday, going there Monday kind of changes your perspective to: there’s more,” Bryant said. “It’s just football and the world is not going to end.”

“It’s not just something we talk about but something we actively participate in, that we’re tying to get tickets donated for the military,” FAU athletic director Brian White said.

As part of a program dubbed “Seats for Heroes,” FAU contacted donors and season ticket holders asking if they’d like to purchase additional tickets that FAU would, in turn, donate to veterans. The Owls dispensed 150 tickets to veterans at the hospital and and additional 150 tickets to a second group of veterans.

“It was actually an idea that came from our season tickeholders,” White said. “We thought it was a great idea so we put the staff on it. For us, we’re always trying to better engage the community.”

Speaking with the veterans left an impact on the FAU players.

“I thought it was a good opportunity to meet people that actually put their lives on the line for this county,” Soroh said. “That means a lot. You can never take that for granted.

“A lot of those guys in there don’t have arms. They’ve got wounds from battle. They put their lives on the line for us. It was a lesson to just best thankful for everything, every opportunity that I get to wake up.”

FAU’s efforts to honor the military and veterans continue on game day. The Owls will host a military appreciation hospitality tent open to veterans and active duty personnel. Local veterans will be honored on the field and the video board. A current member of the FAU ROTC will take their Oath of Service.

Fans who want to show their support for the military can sign a banner hanging at Howard Schnellenberger Field’s Gate 1 that will be sent to overseas troops.

Looking for their first C-USA victory of the season, the Owls also hope to put on a show for those military members who attend.

“We got to meet some of the patients and see how happy they were to see us,” Bryant said. “They were in a hospital and they were in a good spirit and getting to meet us. That really cheered us up, too.” 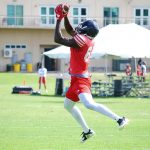