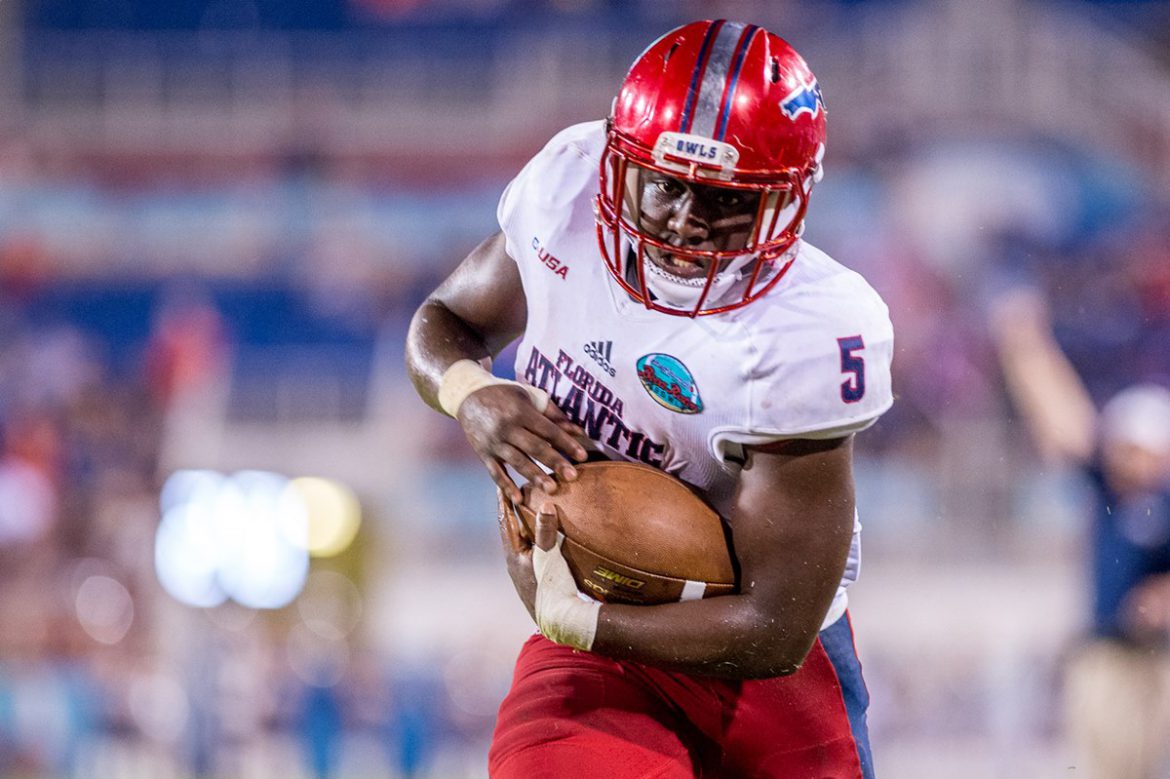 BOCA RATON – Want to raise the ire of FAU coach Lane Kiffin over the next couple days?

Mention to him how proud he must be to have running back Devin Singletary named the 50th best player in college football by ESPN.

“Do you watch film when you rank those things?” said Kiffin, arguing that the back who goes by the nickname “Motor” didn’t receive proper consideration.

“I don’t know how you have the third most touchdowns in the history of college football in a season, most carries of anybody even though you sat on the bench in the fourth quarter because most games are blowouts, and you’ve got guys listed above you that, there is no way if you watch film, those guys are better players.”

Singletary rushed for 1,920 yards and 32 touchdowns last season as a sophomore. Only Oklahoma St.’s Barry Sanders (37) and Wisconsin’s Montee Ball (33) ever ran for more touchdowns in a season.

Kiffin attributed the perceived snub to one of the main reasons Singletary ended up at FAU to begin with.

Listed, perhaps generously, at 5-foot-9, Singletary doesn’t have the size of a prototypical running back. Coming out of Delray Beach-American Heritage, he didn’t have many Power 5 offers and ultimately chose FAU over Illinois.

“He’s different that way and I think he still battles that,” Kiffin said.

Singletary eclipsed the 1,000 yard mark as a freshman despite spending most of the first half of the season on the sidelines.

Kiffin believes that Singletary’s ranking takes a hit because he plays for a Group of 5 school against a weaker schedule.

That, however, doesn’t make him a weaker back. Singletary’s shifty enough to make the first tackler miss, strong enough to ward off would-be tacklers and possesses the vision to find creases other running backs never see.

He also doesn’t lack confidence. Like his coach, Singletary thinks being No. 50 is a bit low.

“Hey, we’re going to see man,” Singletary said. “I feel like I’m the best, but that’s how every player should feel, so I’m going to just keep on working. That’s all I can do.”

FAU’s athletic department believes Singletary should hold the top spot, too. The Owls recently added a second billboard touting Singletary as a Heisman Trophy candidate, this one on I-95 in northern Broward County. Last month FAU placed a similar billboard on I-95 for motorists heading south into Delray Beach. Both bear Singletary’s likeness next to the phrase Heisman In Paradise. 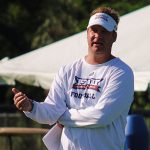 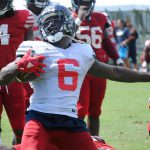